A new low for Nokia

So much for world domination. The one-time cellphone king is selling its own headquarters 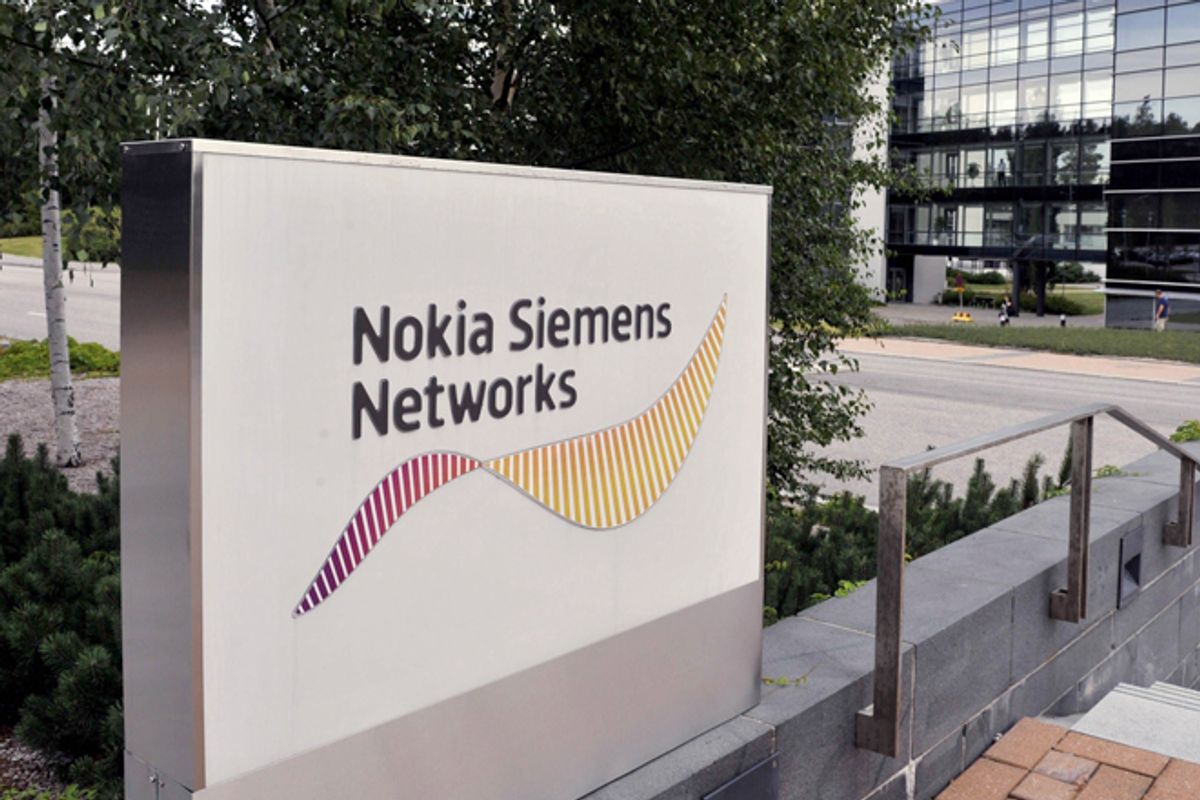 I can still remember the Nokia coat hangers. Twelve years ago, during a visit to the company's Helsinki headquarters, I marveled at their sleek and stylish design. Angled bars of steel, hanging in serried rows in the vast coat racks on the building's first floor, they were modernist, functional, beautiful. To see them was to crave them, a feeling very much in keeping with how Nokia's phones were lusted after by the whole world in the year 2000. The pride of Finland paid attention to every detail. In a country where winters were long and hard, every building I visited in Helsinki had a prominent coat rack. Nokia's was, without question, the best.

Those coat hangers of yore were brought to mind by the news this week that Nokia is trying to sell its headquarters. The plan is to save cash by leasing the building back as a tenant. It's not the kind of news that bumps up the stock price. Ozymandias has got nothing on Nokia. Twelve years ago, the company utterly dominated the global market for cellphones. It was hiring employees at a rate of 1,000 a month. In an article I wrote about Finland and open-source software that spring, I described Nokia as "an aggressive, fast-growing, fully global company that makes Microsoft look like an old fuddy-duddy."

Oops. Today, Nokia is a wreck. As the Guardian reports, the company has lost 90 percent of its market capitalization since the day Apple released its first iPhone. In the most recent fiscal quarter, it ranked seventh in smartphone sales, dropping from third in the prior quarter. Since cutting a deal to license Microsoft's smartphone operating system, Nokia has lost money in six straight quarters and announced 10,000 layoffs. For all I know, the marvelous coat hangers have been melted down and sold for scrap.

We're used to seeing the mighty fall in the tech world. Disruption is the norm. But there's a lesson in Nokia's fall. I went to Helsinki to try to find out why turn-of-the-century Finland boasted such a disproportionately large presence in the world of telecommunications and the Internet. Linux came from Finland, and so did the first big Internet chat system, IRC. U.S. computer scientists may have invented the Internet, but Finns embraced it like dolphins frolic in the South Seas.

Finland's loremasters spun me an entrancing tale of the cultural imperatives required to survive their long harsh winters. The deep structure of Finnish civilization, they told me, put an emphasis on networking and the willingness to freely share information. Linux and Nokia were two sides of the same coin -- proof that culture was digital destiny.

Well, Linux is still thriving but Nokia is not. You could argue, possibly, that true open-source sharing is more faithful to Finnish cultural traditions than Nokia's proprietary approach. Or you could be wary of generalizing from current circumstances to larger theses. Culture means zilch if somebody else builds a better phone.

Every time I think about Nokia and those coat hangers, I remember the spring of 2000, a sunnily optimistic time just before the big dot-com crash, a recession, the presidency of George W. Bush and 9/11. A time when I had no compunctions about pushing myth into prophecy, when I delighted in predicting the bold, progressive societal transformations that would be midwifed into existence by free software hackers and the Internet. Today, the future seems a lot more dicey.

But damn, those were some sweet coat hangers.

UPDATE: A reader points out that Nokia's stock price did, in fact, rise after the announcement of the planned sale. We'll see how long that lasts.