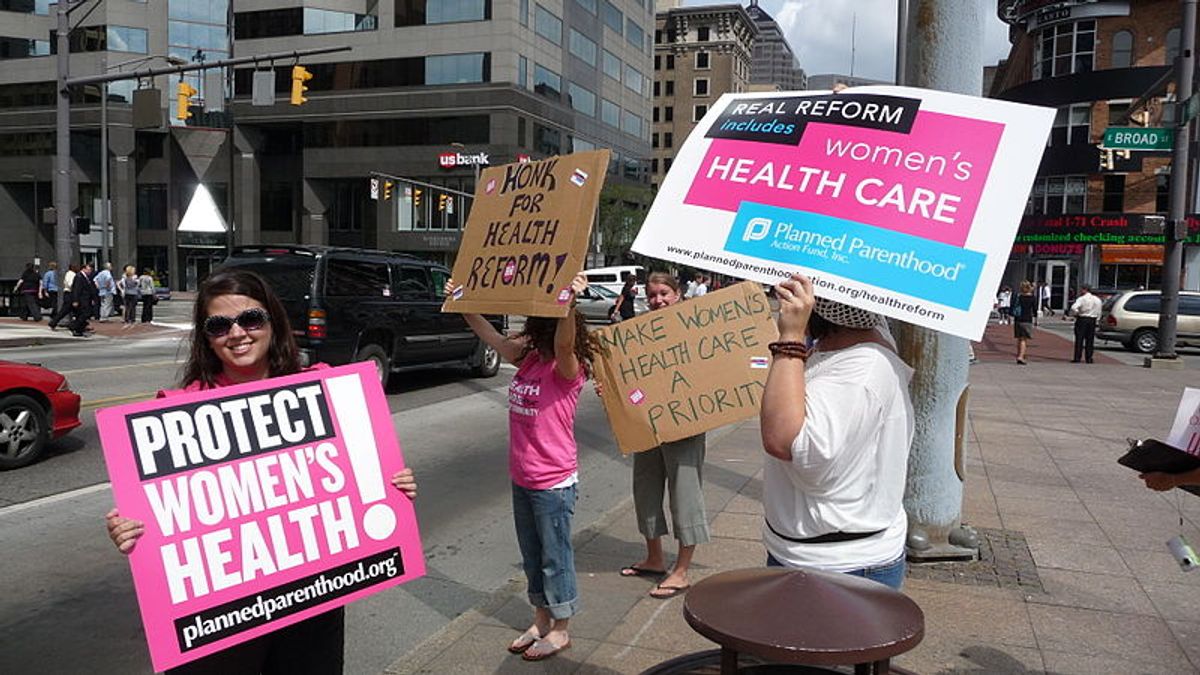 The war on Planned Parenthood continued today with the right wing's trumped-up outrage over a video that they claim encourages domestic abuse victims to cover up their bruises with make-up.

It began after Planned Parenthood posted a video called "How to look your best the morning after" on one of its Facebook pages. The video, produced by a London-based domestic abuse hotline, features a woman giving tips on how to cover up bruises and other signs of domestic abuse. At the end, it says:

65% of women who suffer domestic violence keep it hidden.

Don't cover it up.

But following an article called "Is Planned Parenthood Showing Teens How to Hide a Beating With Makeup?" that appeared on the anti-abortion site LifeNews.com, right-wing activists accused Planned Parenthood of advising women to hide abuse.

LifeNews posted an editor's note clarifying that "the video itself is a great video that rejects the notion of covering up domestic violence. But Planned Parenthood, on the other hand, has a history of victimizing victims of sexual abuse a second time." The editor's note highlighted that it finds the video objectionable because it believes "teens are mislead by Planned Parenthood into the cover-up mentality." The article also says that Planned Parenthood came up with the offending video title, but Kyle Mantyla of Right Wing Watch points out that the British group was the one that named it.

But the right ran with it.

Since Planned Parenthood seems to be in cahoots with pimps and traffickers (see Live Action's expose), this makes perfect sense. After all, they want those pimps happy and able to keep making money so they can pay for "their girls" to have abortions. Some johns won't pay for a prostitute with bruises, so learning how to cover them up means they can go back out on the street sooner. Planned Parenthood may be a non-profit, but they sure know how to make money. Congress needs to defund this parasite immediately.

Fox Nation ran the article with the same headline as LifeNews, "Planned Parenthood Shows Teens How to Hide a Beating with Makeup." Meanwhile, Michelle Malkin's "Twitchy" referred to Planned Parenthood as "monsters," and Malkin herself and other conservatives reacted on Twitter: