This year, the newspaper has published 51 articles about caviar -- and 5 about employee ownership 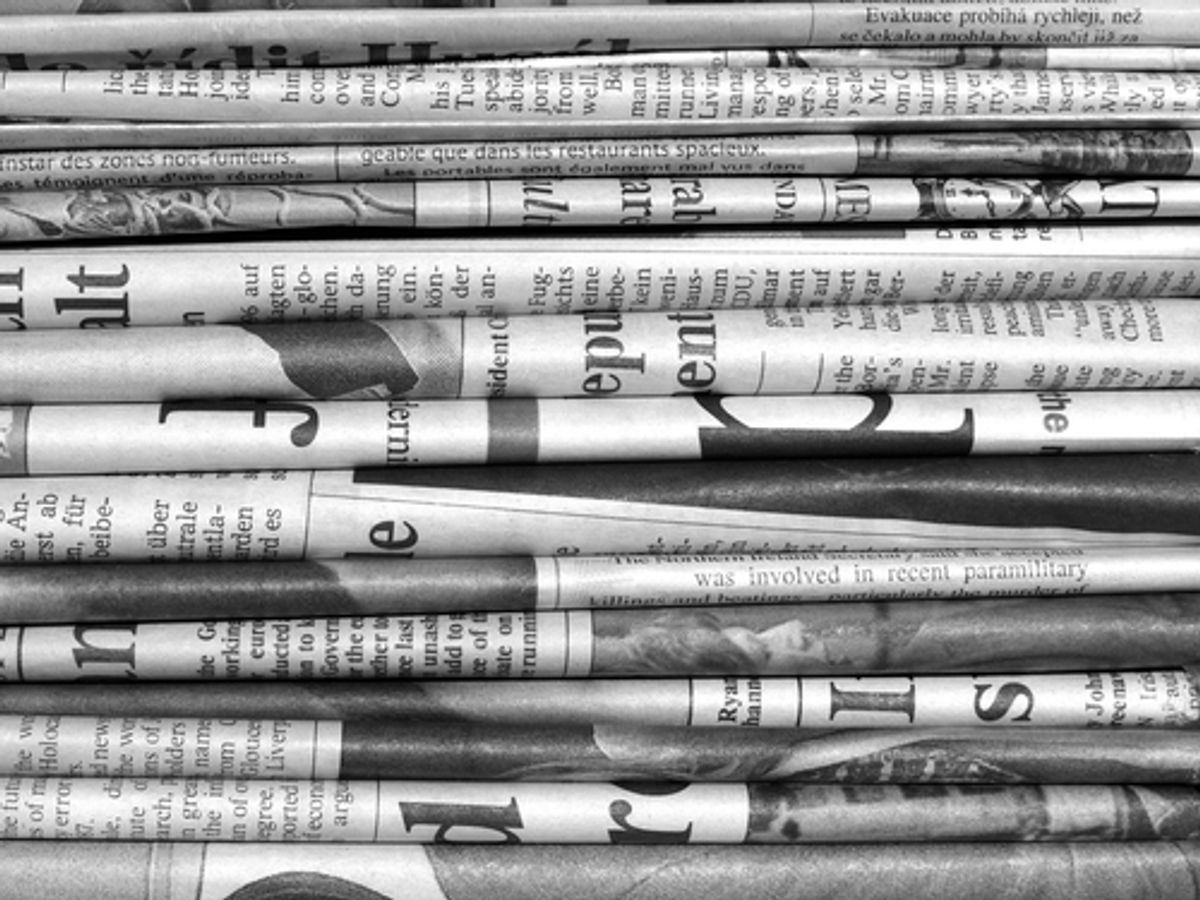 Social pain, anger at ecological degradation and the inability of traditional politics to address deep economic failings has fueled an extraordinary amount of practical on-the-ground institutional experimentation and innovation by activists, economists and socially minded business leaders in communities around the country.

A vast democratized "new economy" is slowly emerging throughout the United States. The general public, however, knows almost nothing about it because the American press simply does not cover the developing institutions and strategies.

For instance, a sample assessment of coverage between January and November of 2012 by the most widely circulated newspaper in the United States, the Wall Street Journal, found ten times more references to caviar than to employee-owned firms, a growing sector of the economy that involves more than $800 billion in assets and 10 million employee-owners—around three million more individuals than are members of unions in the private sector.

Worker ownership—the most common form of which involves ESOPs, or Employee Stock Ownership Plans—was mentioned in a mere five articles. By contrast, over 60 articles referred to equestrian activities like horse racing, and golf clubs appeared in 132 pieces over the same period.

Although 2012 was designated by the United Nations as the International Year of the Cooperative—an institution that now has more than one billion members worldwide—the Journal’s coverage was similarly thin. More than 120 million Americans are members of co-operatives and cooperative credit unions, 30 million more people than are owners of mutual funds. The Journal, however, devoted some 700 articles to mutual funds between January and October and only 183 to cooperatives. Of these the majority were concerned with high-end New York real estate, with headlines like “Pricey Co-ops Find Buyers”

The vast number of cooperative businesses on Main Streets across the country were discussed in just 70 articles and a mere 14 gave co-op businesses more than passing mention. Together, the articles only narrowly outnumbered the 13 Journal pieces that mentioned the Dom Perignon brand of champagne over the same time frame, and were eclipsed by the 40 Journal entries that refer to the French delicacy foie gras.

Another democratized economic institution is the not-for-profit Community Development Corporation (CDC), roughly 4,500 of which operate in all 50 states and the District of Columbia. Such neighborhood corporations create tens of thousands of units of affordable housing and millions of square feet of commercial and industrial space a year. The Journal ran no articles mentioning CDCs in 2012 and only 43 over the past 28 years—less than two a year. Meanwhile, the word château appeared in 30 times as many articles, and luxury apartments received 300 times as much coverage over the same period.

Not surprisingly, the growing “new economy movement” championing democratization of the economy has itself received even less coverage, despite growing citizen involvement on many levels. Over the past year, major national, state and other conferences focusing on worker-owned companies, cooperatives, public banking, nonprofit and public land trusts, and neighborhood corporations were oversubscribed, reflecting the growing interest in these forms. The Journal, however, gave scant coverage to the movement.

Thousands of other creative projects—from green businesses to new forms of combined community-worker efforts—are also underway across the country but receive little coverage. A number are self-consciously understood as attempts to develop working prototypes in state and local “laboratories of democracy” that may be applied at regional and national scale when the right political moment occurs. In Cleveland, Ohio, for instance, a complex of sophisticated worker-owned firms has been developing in desperately poor, predominantly black neighborhoods. The model is partially structured along lines of the Mondragón Corporation, a vibrant network of worker-owned cooperatives in northern Spain with more than 80,000 members and billions of dollars in annual revenue.

Since 2010 legislation to set up public banks along the lines of the long-established Bank of North Dakota has been proposed in twenty states. Several cities—including Los Angeles and Kansas City—have passed “responsible banking” ordinances that require banks to reveal their impact on the community and/or require city officials to do business only with banks that are responsive to community needs. But municipally led responsible banking initiatives appear to have received no attention in the Journal, whereas the newspaper published seven articles this year discussing President Obama’s birth certificate.

The limited nature of the coverage can also be seen in particular cases. Recreational Equipment, Inc. (REI) is a highly successful consumer co-op with $1.8 billion in sales for 2011, allowing it to share $165 million of its profits with its 4.7 million active members and 11,000 employees. Organic Valley, a Wisconsin-based cooperative dairy, generated more than $700 million in revenue for nearly 1,700 farmer-owners. From January through October 2012, the Journal referred (briefly) to REI in just three articles; Organic Valley rated just one mention. In combination, REI and Organic Valley appear in the Journal only as often as the Cavalier King Charles spaniel, a breed of dog that turned up in four entries in theJournal’s pages this year.

Further perspective on the coverage is offered in the way in which “hot topics” are presented, and others of greater economic significance played down. Co-ops in the U.S. generate over $500 billion in annual revenues. The global market for smartphones is estimated by Bloomberg Industries at $219 billion—less than half as large. Furthermore, there are 20 million more co-op members than smartphone users in the United States. The Journal, however, published over 1,000 print articles that included the terms “smartphone” or “smartphones” from January through October this year—more than five articles for each piece mentioning co-ops (many of which, as noted, were about upscale Manhattan apartments.)

The print coverage of the Journal was analyzed by the Democracy Collaborative of the University of Maryland through the online database ProQuest. Although the assessment focused on the Journal, the nation’s preeminent source of news for economic and business affairs, a preliminary review suggests that other national media outlets devote a similarly miniscule proportion of space to the exploding “new economy” sector. This highlights the need for greater media exposure regarding important developments toward a more democratic, sustainable and community-based economy.