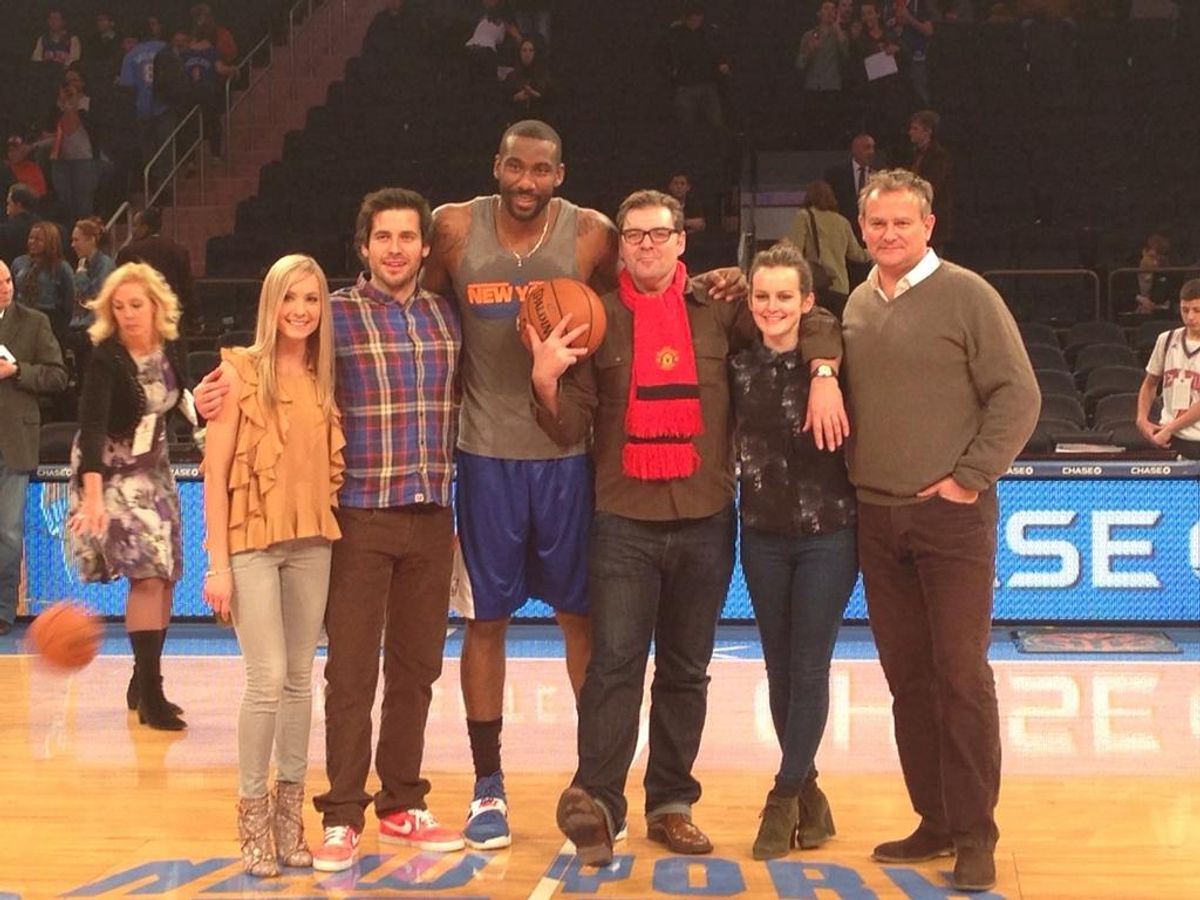 The cast of Julian Fellowes' Emmy Award-winning "Downton Abbey" has arrived in New York in anticipation of the U.S. premiere of Season 3. The stars attended last night's New York Knicks game, which the Earl of Grantham (Hugh Bonneville) described as "basketamazeballs :-)"

And this morning, they checked off another tourist to-do item when they rode the subway:

New Yorkers should stay on the lookout for more sightings as the cast continues its NYC tour (try Rockefeller Center -- Bonneville, for one, loves Christmas in the city).