Half of people shot by police are mentally ill, investigation finds 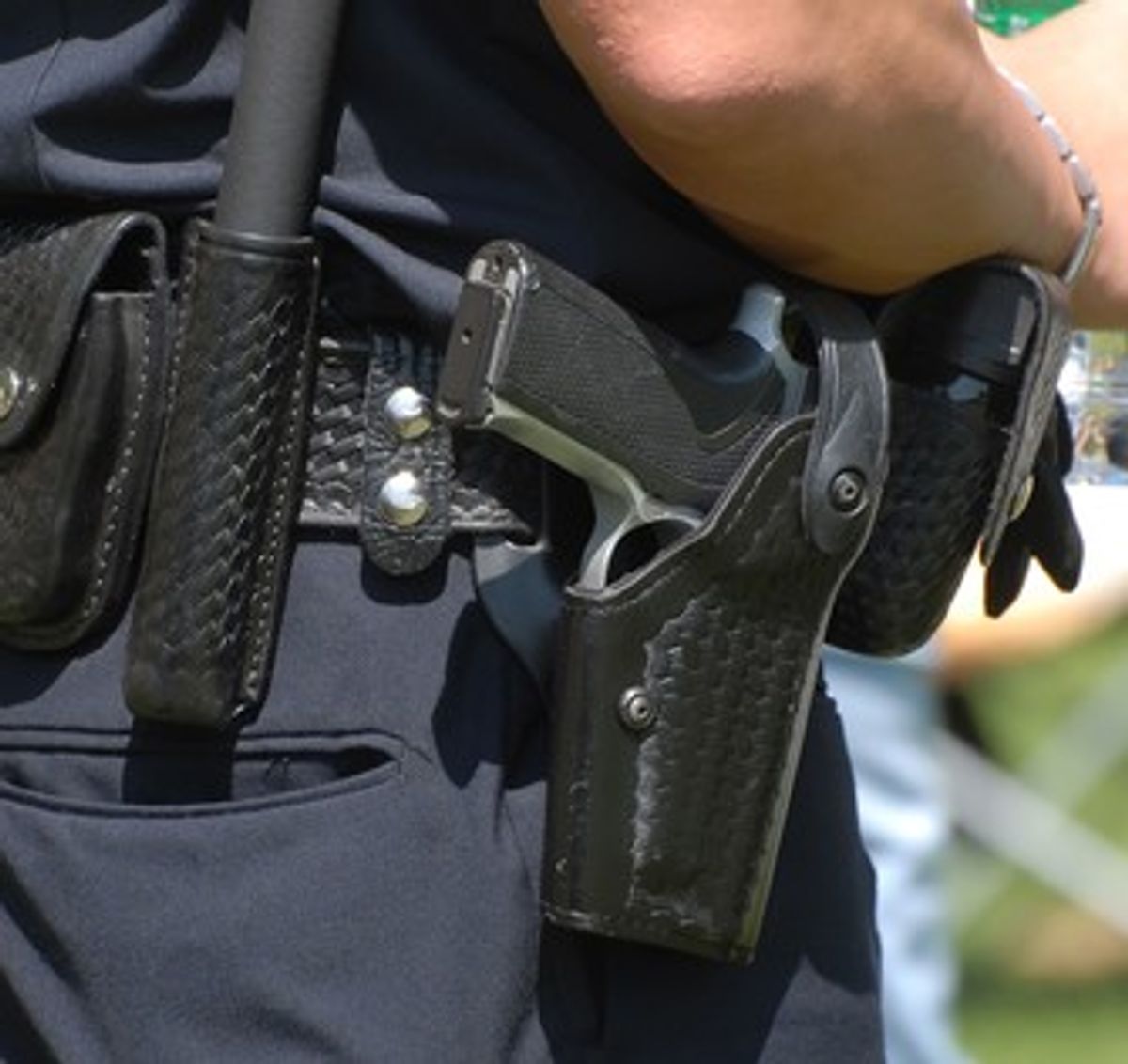 An investigation by the Portland Press Herald and Maine Sunday Telegram has found that a disturbingly high percentage of individuals shot by police suffer from mental health problems. There are no federal statistics on police shootings of mentally ill people, but according to the investigation published this week, "a review of available reports indicates that at least half of the estimated 375 to 500 people shot and killed by police each year in this country have mental health problems."

The newspapers analyzed in detail the incidents of police deploying deadly force in Maine -- a state with a comparatively low crime rate -- since 2000. The report noted:

42 percent of people shot by police since 2000 -- and 58 percent of those who died from their injuries -- had mental health problems, according to reports from the Maine Attorney General's Office. In many cases, the officers knew that the subjects were disturbed, and they were dead in a matter of moments.

In September, as I noted here, police in Houston shot dead a wheelchair-bound double-amputee diagnosed with severe mental health problems when officers saw him wave a shiny object (which turned out to be a pen) in the air. The Portland Press Herald/Maine Sunday Telegram cited this and a number of other incidents this year, which garnered national attention:

The report notes a lack of police training in crisis intervention as fueling the problem, undergirded by a lack of oversight and accountability: "While the Justice Department counts every assault, robbery and drunk-driving arrest -- as well as every police officer shot on duty -- it gathers no numbers on mentally ill people shot by police," the report stated. Meanwhile, the FBI does not quantify police shootings that are found "unjustified": "the FBI tallies only police shootings that result in 'justifiable' homicides; 373 to 411 of these shootings occurred each year from 2006 through 2010. Unjustified police shootings are counted among all other homicides. The FBI doesn't specifically count any incidents involving mentally ill people."

Deadly force is rarely ruled unjustified -- the investigation noted that in Maine, for example, the Attorney General's Office has justified every single police shooting since 2000. Corroborating statistics in other states, although rarely collected, attest to the near-ubiquity of justification of use of deadly force. Colorines found that in Chicago between 2000 to 2007, only one police shooting out of 84 was considered to be "unjustified" (meaning no probable cause was found for believing a suspect to be a threat).

Despite the lack of national data, the investigation was able to piece together specific findings in other states outside of Maine:

In New Hampshire, four of five people shot and killed by police in 2011 had mental health issues (80 percent); a sixth person shot by police also was mentally ill but survived, according to reports from the state's Office of the Attorney General. All six shootings were found to be justified. A review of the New Hampshire attorney general's reports on police shootings from 2007 through 2012 showed that seven of nine people killed by officers during that period had mental health issues (78 percent).

In Syracuse, N.Y., three of five people (60 percent) shot by police in 2011 were mentally ill, according to news reports. One of three people who died in those shootings was mentally ill...

In Santa Clara County, Calif., officials reported that nine of 22 people (41 percent) shot during a recent five-year period were mentally ill, according to a crisis intervention training guide.

In Albuquerque, N.M., 75 percent of police shootings in the last two years had a "mental health context," the state's Public Defender Department noted in its annual report for fiscal 2012.

Cutbacks in mental health services nationwide, along with the return of veterans from war, concern experts as exacerbating conditions for more deadly police encounters, the investigation noted.