The Oatmeal makes a rape joke, Internet fails to laugh

And Matthew Inman gets defensive 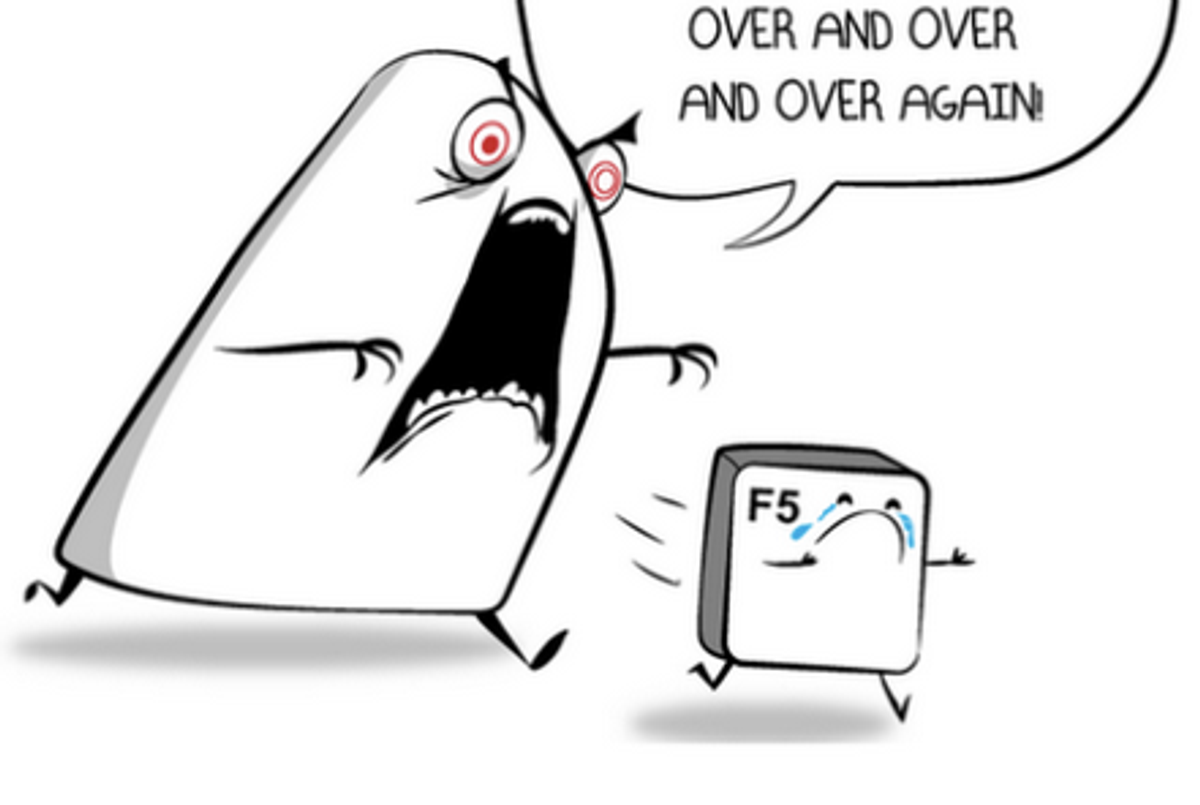 (Screengrab of the now-deleted Oatmeal comic)
--

The Oatmeal, one of the most widely read comics on the Internet, made headlines this summer for Operation BearLove Good, Cancer Bad, an example of Internet awesomeness that helped the site's creator, Matthew Inman, raise $220,024 for charity. But the Internet has retracted that love: Inman has become the Internet's Daniel Tosh after he posted an insensitive, unfunny rape joke on the page earlier this month. The joke in question was part of a larger strip titled "The delicate relationship I have with my keyboard." The last panel read,"Every time the Internet does not perform as expected, I rape the shit out of my F5 key," illustrated with a picture of an F5 key (see a crop of the image above).

The joke prompted reactions that ranged from disappointed (@q0rt tweeted "dude, you can't possibly have thought a cheap tired rape joke was the smartest joke you could tell. Disappointing") to the downright offended (one blogger wrote that Inman's joke "tells readers that rape is not a powerful word, but instead is a term you can use to describe any kind of forceful action. It tells readers that rape is normal, and even worse it tells rapists that rape is normal"). The outcry was big enough to prompt the eventual take down of the offensive comic -- but was replaced by a half-apology apology that only made people more angry:

Inman then took down the cartoon and the above post, replacing it with a simpler apology: "The final panel to this comic has been removed, and so was my 'defense' of it. Neither one was particularly clever. I make comics to make people laugh, not to upset them. To anyone who was upset by it: I'm sorry."

It seemed like the furor was over, but then BuzzFeed contributor Jack Stuef issued a lengthy profile on Inman and his highly lucrative career as the Oatmeal's chief comic artist, prolonging the nightmare that Inman probably just wants to end.

Inman couldn't resist; he responded to the BuzzFeed post by annotating it point-by-point (he addressed the rape joke by saying,"at the time I genuinely felt like I’d done more good in the world than bad, and I acted like an asshole when I saw myself being vilified for making one bad joke on the Internet"). Then at the end he essentially called Stuef a hypocrite (Inman has found a card, which he claims Stuef to have made, making fun of Sarah Palin's mentally disabled child). "You question the integrity of my writing, and you do it on BuzzFeed. Seriously, BUZZFEED."

Although it's true that there may be a little bit of the pot-calling-the-kettle-black here, Inman probably would have been better off just letting it go rather than cementing his reputation as a funny dude who dishes it out, but can't seem to take it. Either that, or he'll stumble upon another Operation BearLove Good, Cancer Bad, and the whole not-funny-rape-joke debacle will be erased from the Internet's two-second memory.