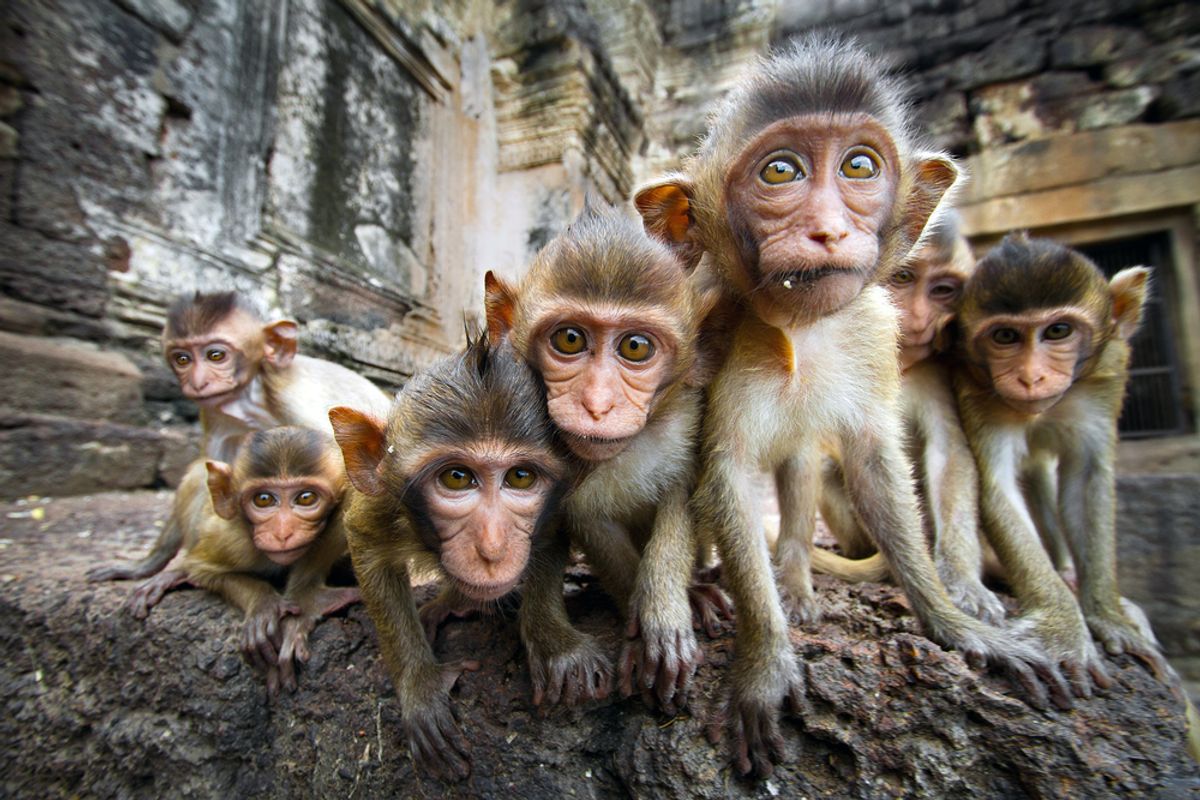 TORONTO (AP) -- Shoppers at an Ikea store in Toronto weren't monkeying around when they reported a primate on the loose.

Customers spotted a monkey - clad in a pint-sized shearling coat - wandering around the store's parking lot Sunday afternoon. The baby monkey, named Darwin, made its way through rows of parked cars and ended up outside a set of store doors.

"It was just outside the store, just in a corner area where the monkey had nowhere to go, but it was pretty scared," Dzingala said. He said the monkey had escaped its crate in a parked car.

The monkey, which reportedly wore a diaper as well, never made it inside the store and was picked up by Animal Services officers within half an hour. The animal's owner later contacted police and was reunited with the pet, Dzingala said.

Word of the incident sparked a flurry of comments and photos on Twitter, as well as two parody Twitter accounts which took on the persona of the wandering monkey.

Mary Lou Leiher from Toronto Animal Services said the monkey's owners have been fined $240 for breaking the city's prohibited-animal bylaw. She said Darwin was being fed and cared for while officials tried to find an animal sanctuary for it.

Leiher said there's a chance the monkey is carrying Herpes B and that having it live in a city puts both the animal and human beings at risk.

She said the monkey was very quiet and lacked signs of personality during a brief visit, adding that can be a sign of stress.