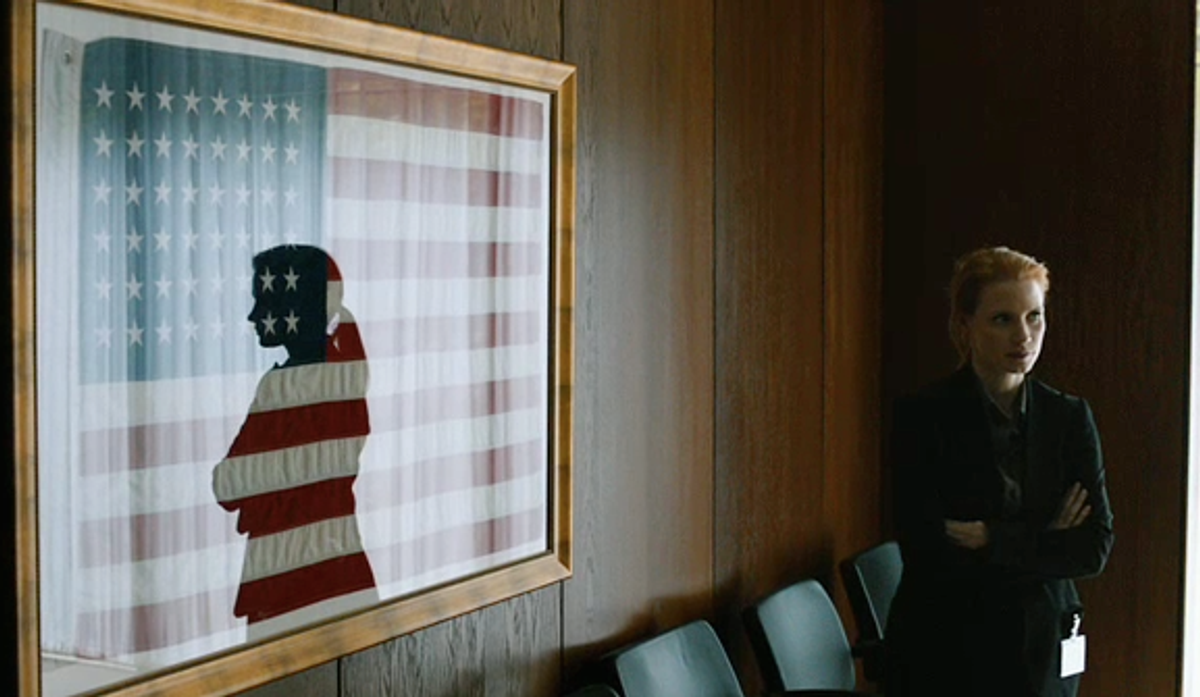 The same weekend that Kathryn Bigelow's Osama bin Laden manhunt docudrama, "Zero Dark Thirty," dazzled movie critics, columnists attacked the movie for its depiction of torture. Specifically, the New Yorker's Dexter Filkins notes that the movie, intended to be historically accurate, incorrectly highlighted torture as the key to Osama bin Laden's capture; the Guardian's Glenn Greenwald went so far as to say the film "glorifies" torture, saying that the film "propagandizes the public to favorably view clear war crimes by the US government, based on pure falsehoods."

Critics are now defending the film, triggering a politically tinged fact-versus-fiction "truthiness" debate that will be sure to run long after the movie debuts Dec. 19.