What we need is smarter, simpler government -- but both parties have made it so everything gets overcomplicated 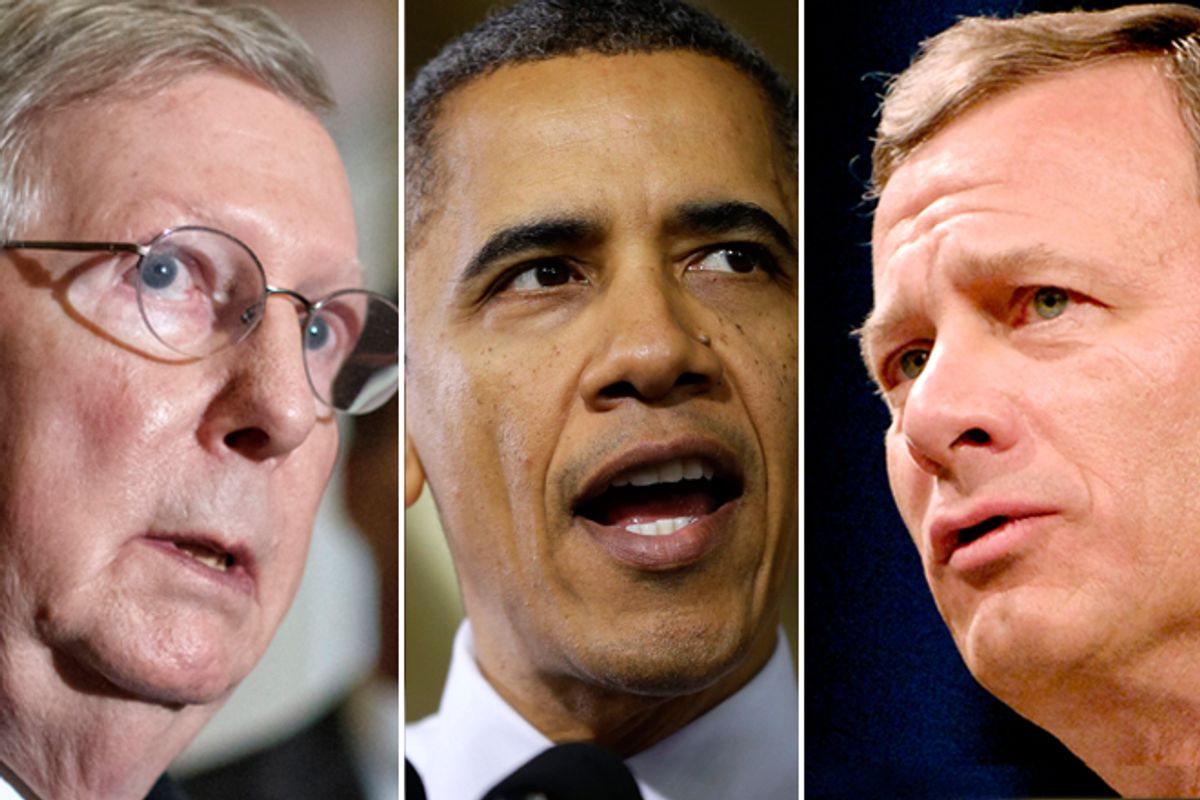 Has the United States mutated from democracy into kludgeocracy? The term “kludgeocracy” is a coinage by Steven M. Teles, a professor of political science at Johns Hopkins University and a leading public intellectual in his own right. In a new paper commissioned by my colleagues and me at the New America Foundation, Teles argues that the complexity of American government is a greater long-run threat than its size.

“You can’t solve a problem until you can name it,” Teles argues.  The term “kludge” originated in computer programming, and means “an inelegant patch put in place to be backward compatible with the rest of a system. When you add up enough kludges, you get a very complicated program, one that is hard to understand and subject to crashes.” This sounds very much like American government -- thus “kludgeocracy.”

Teles finds kludgeocracy everywhere he looks. Sometimes it takes the form of multiple, overlapping or contradictory programs to promote a single objective. For example, to promote the objective of retirement security, Social Security, a simple and straightforward program, must now compete with “401(k)s, IRAs, 529 plans and the rest of our crazy quilt of savings incentives.”

In other cases kludgeocracy results when multiple governments have overlapping jurisdiction, spawning confusion while minimizing accountability. Teles points to scholarship arguing that confusion about which level of government was in charge of the levees contributed to the catastrophic system failure that occurred during Hurricane Katrina.

The costs of kludgeocracy are substantial, including redundancy and the need for oversight of easily gamed, complex programs, to say nothing of the occasional catastrophic crash. Why, then, is Congress so enamored of addressing problems through complex, indirect measures? It was said of Lyndon Johnson, as a strategist, that he thought that the straightest line between two points was a curve.  Congress, under either party, seems to think that the simplest answer to any solution must be a Rube Goldberg machine, in which a candle burns a rope that releases an ax that cuts a string that drops a stone into a catapult to propel a gerbil onto a treadmill (my own example, off the top of my head).

Why does the American political system produce so much kludge? There are several reasons, according to Teles. One is the great number of pressure points in America’s system of divided powers and checks and balances, which allows special interests to extort complicating concessions at every stage of a bill’s passage into law. Lack of consensus on which policies should be federal and which should be local is another kludge-o-genic factor.

In my view, the most important is what Teles calls “the desire to preserve the fiction of small government while also addressing public problems.” The bizarrely inefficient structure of the American welfare state makes this clear.

Social Security and Medicare are by far the most successful and popular elements of the middle-class welfare state in the U.S. (the cost problems that plague Medicare afflict the U.S. medical sector as a whole, not just its public part). They are simple, easy to understand, user-friendly and cheap to administer.

They are also exceptions to the rule. Most other major federal welfare policies in the U.S. are either unwieldy programs with costs shared among states and the federal government, like Medicaid, or “hidden welfare state” policies like employer-based health insurance and the child tax credit, which, because they take the form of tax breaks, do not show up as on-budget federal spending.  A purely federal Medicaid program, with no role for the states at all, would be far more efficient, as a task force headed by Paul Volcker and Richard Ravich has recommended, and as Greg Anrig and others, including one President Ronald Reagan, have suggested. And direct spending on healthcare and child allowances would be cheaper than policies run through the IRS, which is not designed to administer a welfare state, hidden or not.

But direct, public, non-kludgey programs would be attacked by conservatives and libertarians as “big government,” which will lead to serfdom, national bankruptcy, the end of Western civilization and other horrible things. And so reformers in the U.S. have learned to try to disguise what are in truth big government initiatives, by hiding them in the tax code, or by pressuring the states to share part of their costs.

Inasmuch as the incentives that work on our elected representatives favor kludgeocracy, Teles suggests that the incentives can be changed — for example, by congressional rules or even judicial rulings limiting the ability of Congress to carry out policy by means of federal grants to the states, rather than direct federal programs, for example.

Even so, our elected leaders may not do the right thing unless they are shamed into it. The message of 21st century civic reformers needs to be that government should do fewer things, in a more simple, straightforward and, if necessary, overtly expensive way, rather than doing too many things while hiding their true costs by means of the most insanely complicated Rube Goldberg devices that the imagination can devise. Here Teles sees a role for “public intellectuals, bloggers, researchers, and entrepreneurial politicians ... Only, in short, when Americans give a name to their pain -- kludgeocracy — are we likely to get a government that is simpler, more effective, and better for democracy.”