It is "viewpoint discrimination" for North Carolina to only offer an antiabortion plate, the judge wrote 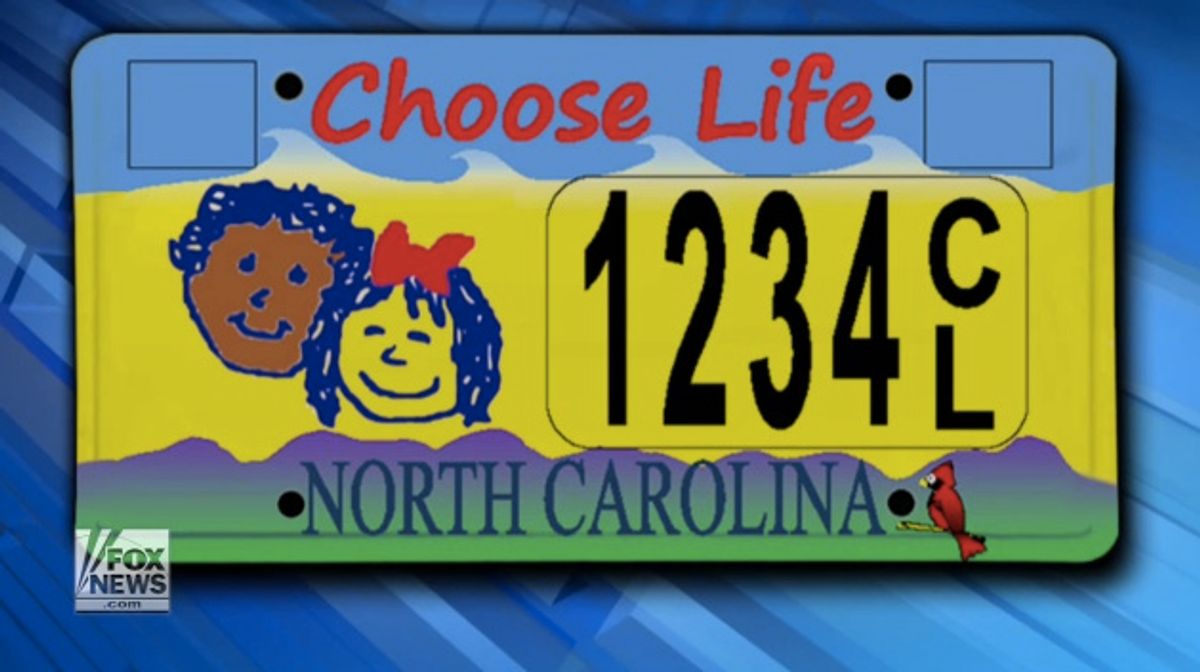 A federal judged has banned North Carolina from issuing "Choose Life" license plates, ruling that it is unconstitutional for the state not to offer a pro-choice alternative.

U.S. District Judge James C. Fox wrote in his ruling that "The State's offering a Choose Life license plate in the absence of a pro-choice alternative constitutes viewpoint discrimination in violation of the First Amendment."

The ACLU filed a lawsuit in September 2011 after state legislators approved the "Choose Life" plate but refused to authorize voluntary license plates with abortion rights slogans such as "Respect Choice."

The anti-abortion plate was one of approximately 70 new specialty plates approved by the Republican-led legislature and signed into law by Democratic Governor Bev Perdue in June 2011.

"This is a great victory for the free speech rights of all North Carolinians, regardless of their point of view on reproductive freedom," said Chris Brook of the ACLU, CNN reports. "The government cannot create an avenue of expression for one side of a contentious political issue while denying an equal opportunity to citizens with the opposite view."

State Rep. Mitch Gillespie, the Republican who sponsored the bill for the license plates, said he would appeal Judge Fox's ruling.