Caroline Wozniacki flaunted a stuffed bra and underwear on the court 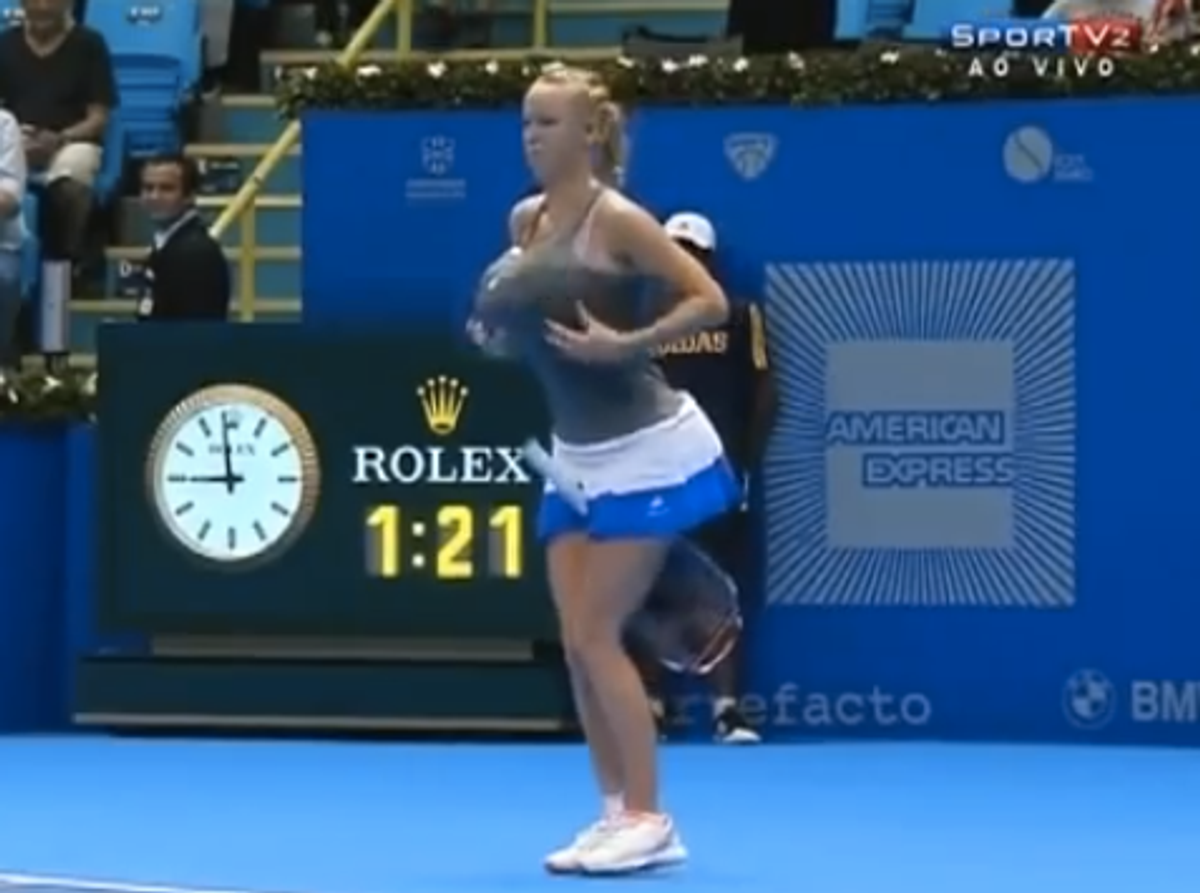 Twenty-two-year-old tennis player Caroline Wozniacki has stirred up controversy after a bizarre performance in which she stuffed towels in her bra and under her skirt and paraded around in a recent tennis match against Maria Sharapova. In a press conference, Wozniacki joked that she was imitating tennis star Serena Williams, who has gotten attention in the past due to her curvy body. Although the crowd found the stunt amusing, many are outraged by the performance, and some are even deeming it racist.

Update: Blogger Andrew Jerell Jones noted, however, that Williams and Wozniaki are good friends. Yahoo Sports' Jay Busbee, similarly acknowledging their friendship, adds that "One could argue that Wozniacki was making fun of Williams' figure outside the context of race; there are, of course, white curvaceous women's tennis players. Throwing out accusations of racism is all too easy for such a serious charge, particularly on the Internet, and the likely outcome of this is simply that Wozniacki won't do this particular gag again. An apology may be forthcoming, but it shouldn't be."