The morning after the Oregon shootings, the family of a murdered woman sues the website that sold her killer's gun 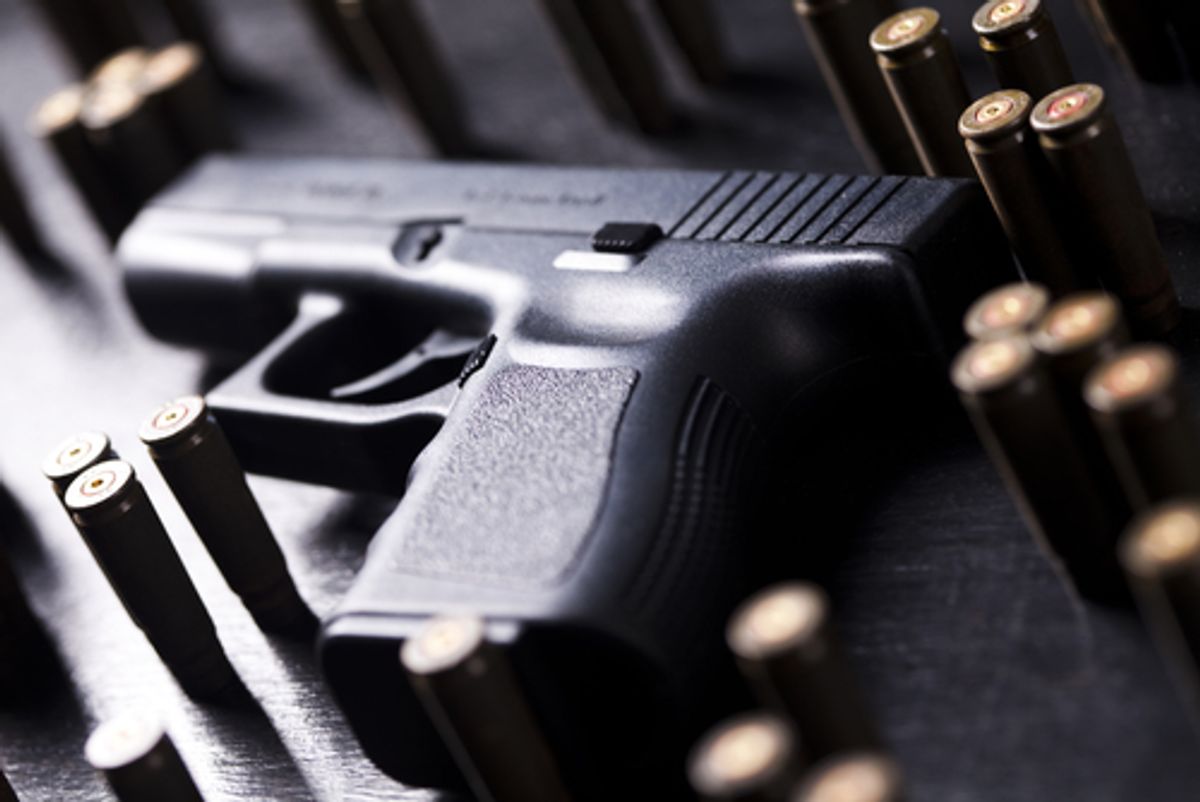 In a lawsuit that may set a precedent for cases involving the burgeoning online gun trade, the family of a woman shot dead last year is suing the website through which her shooter acquired his weapon.

The Brady Center to Prevent Gun Violence filed a lawsuit in Illinois this morning against Armslist.com -- a Craigslist style listing site for firearms on behalf of the family of Jitka Vesel, a 36-year-old Czech immigrant who was murdered by a jilted lover. Vesel was fatally shot with .40-calliber handgun purchased illegally on the site. According to the Guardian, Armslist is among 4,000 websites which engage in gun-selling in the U.S.

The suit comes a day after a high profile shooting at an Oregon mall killed three including the gunman.

It is currently totally legal for individual, unlicensed gun dealers --  classified as "private sellers" -- to sell weapons online or at gun shows without carrying out background checks on customers. It's a loophole that "has been widely denounced by gun control advocates," noted the Guardian's Ed Pilkington. However, in the case of Vesel's murder, the killer was a Russian immigrant and lived out-of-state therefore did not qualify to legally buy the firearm from the seller who posted it on Armslist.

The seller, Benedict Ladera, went ahead with the sale despite knowing it to be illegal; he was sentenced to a year in prison last June. According to Pilkington, "At the time of Ladera's sentencing, a US district judge in Seattle remarked that 'it's a sign of the times; guns are killing people all over our country. We are allowing too many people to have too many guns without any meaningful control'."

Now Armslist faces a lawsuit of its own for its role facilitating the illegal sale. For gun control advocates, cracking down on the currently freewheeling online firearms market is a priority. It was with Internet purchases that Seung-Hui Cho opened fire on Virginia Tech; and, Pilkington noted, "Radcliffe Haughton shot and killed his wife and two others in a spa in Milwaukee, Wisconsin, having bought a gun through Armslist.com with no background check." The Brady Center's complaint against Armslist explicitly details the site's failings:

Armslist breached [its] duty by designing its website to encourage its users to circumvent existing gun laws... Users of Armslist.com could easily evade gun laws with a simple 'click of the mouse.' Armslist ... like Smirnov and the gun seller, must now be held accountable."

According to the Huffington Post, "EBay banned gun listings in 1999. Craigslist followed suit in 2007. But other websites sprang up to take their place. Armslist debuted almost four years ago and boasted more than 58,000 listings on Tuesday."

Although parties invested in the gun control debate will watch the case against Armslist closely, experts believe it is unlikely that the Brady Center and Vesel's family will successfully place responsibility for the illegal gun sale in the site's hands. This is despite the fact, highlighted in the Guardian, that New York investigators probing the online weapons market found that 54 percent of private sellers they approached through Armslist agreed to sell to an undercover buyer who admitted they were unlikely to pass a background check.