Can we even talk about guns after the Oregon shooting?

The Oregon shooter's weapon used to be banned. Will our politicians address that, or is the gun lobby too powerful? 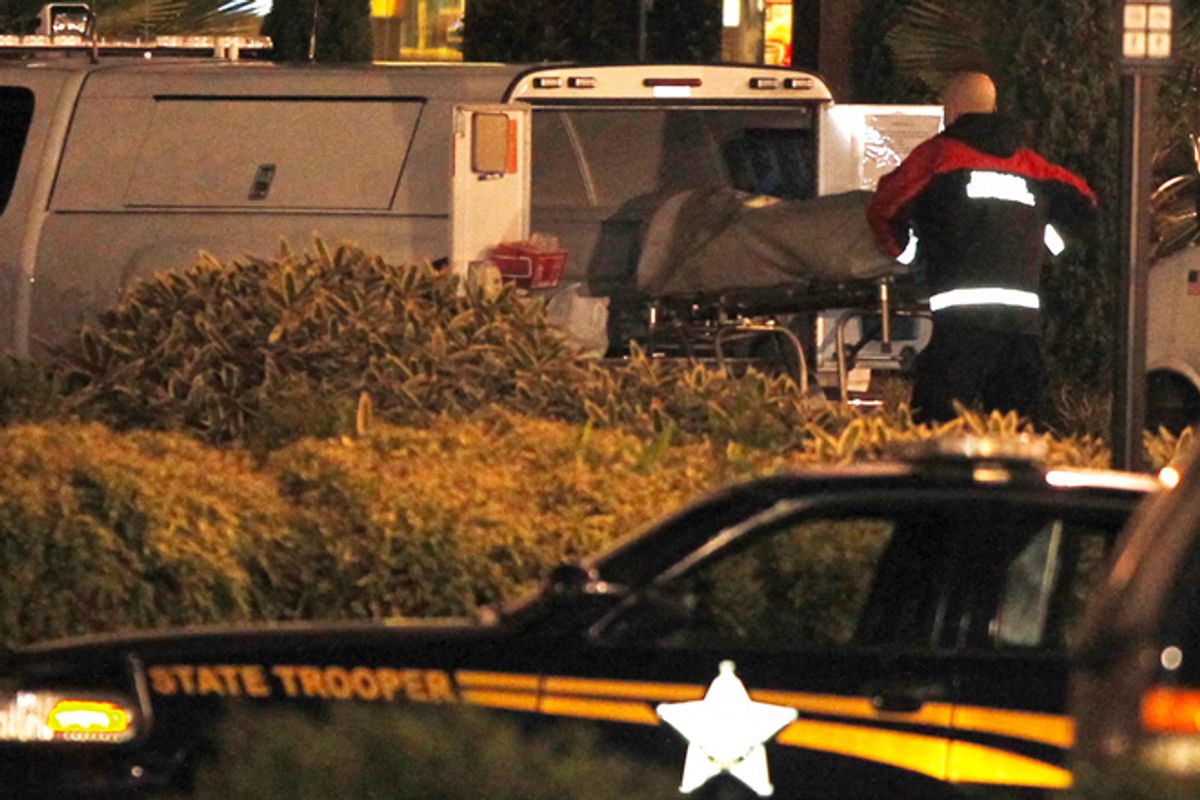 Another shooting, another chance to not talk about guns and the laws regulating their use. Last night’s shooting at an Oregon shopping mall was as horrific as any of the myriad recent mass shootings, with children and even the mall’s Santa fleeing for their lives from assault weapon fire that drowned out Christmas carols playing over the mall's PA.

But unlike the theater shooting in Aurora, Colo., it probably won’t reignite the debate over control because one side has so thoroughly shut down the discussion that the other side seems to have given up. Before the sun had even risen in Aurora the day after the shooting there earlier this year, the debate was on, with New York City Mayor Michael Bloomberg, a staunch advocate of gun control, demanding action. Others quickly followed. Senators and congressmen introduced new legislation, cable news brought in talking heads from both sides, and for a brief moment, gun control was dominating the political debate in a way it hadn’t since the 1990s.

And what came of it? Nothing. Thanks to the cold effectiveness of the gun lobby, even uncontroversial legislation like a ban on high-capacity magazines went nowhere fast in Congress. Even the lawmakers pushing the legislation seemed to be going through the motions, aware the prospects were doomed with a Republican-controlled House hostile to any whiff of gun control, most Democrats in the Senate afraid to bring up the issue, and a Democratic president who has signed zero bills to restrict gun rights and at least one to expand them significantly. It was the same story a decade ago, when the Columbine shootings led to a wave of new gun control legislation in the Colorado statehouse. With a few years of aggressive NRA lobbying, they were all undone.

The shooter in Oregon reportedly carried a black assault rifle, "like you would see in a video game,” one terrorized victim said. Or like one that likely would have been banned under the 1994 Assault Weapon Ban. That law expired in 2004 and there have been scant attempts to renew it since.

That, despite the fact that most Americans actually favor these kind of common-sense regulations. A CNN poll from August found that 57 percent favor “a ban on the manufacture, sale and possession of semi-automatic assault guns, such as the AK-47" (the AK-47 is actually an automatic weapon, its semi-automatic variants have different names). Meanwhile, 60 percent favored a ban on high-capacity magazines. A Washington Post poll from July found a slim majority favor stricter gun control laws in general. Asked what should be done to prevent more mass shootings, a plurality told Gallup the answer was “stricter gun control laws,” while just 11 percent said gun regulation should be weakened. Still, there is little evidence that public opinion is swayed by mass shootings.

These are modest, incremental ideas, but the NRA and other gun rights groups fight them so vehemently that they distort the debate to the point of stifling it. When Bob Costas talked about gun control after Kansas City Chiefs linebacker Jovan Belcher’s murder-suicide this month, conservatives were outraged that he would even dare talk about the issue. “I just don’t know if it’s appropriate enough on a Sunday night, less than 24 hours after this guy took his own life and killed his girlfriend and the mother of his baby, to make that stance,” Fox and Friends host Brian Kilmeade said.

If it’s not appropriate then, or now, or after last week’s mass shooting at an Indian reservation that no one is talking about, then it will never be appropriate? Because we seem to have one of these shootings every other week.