Don't mess with "The Hobbit"! 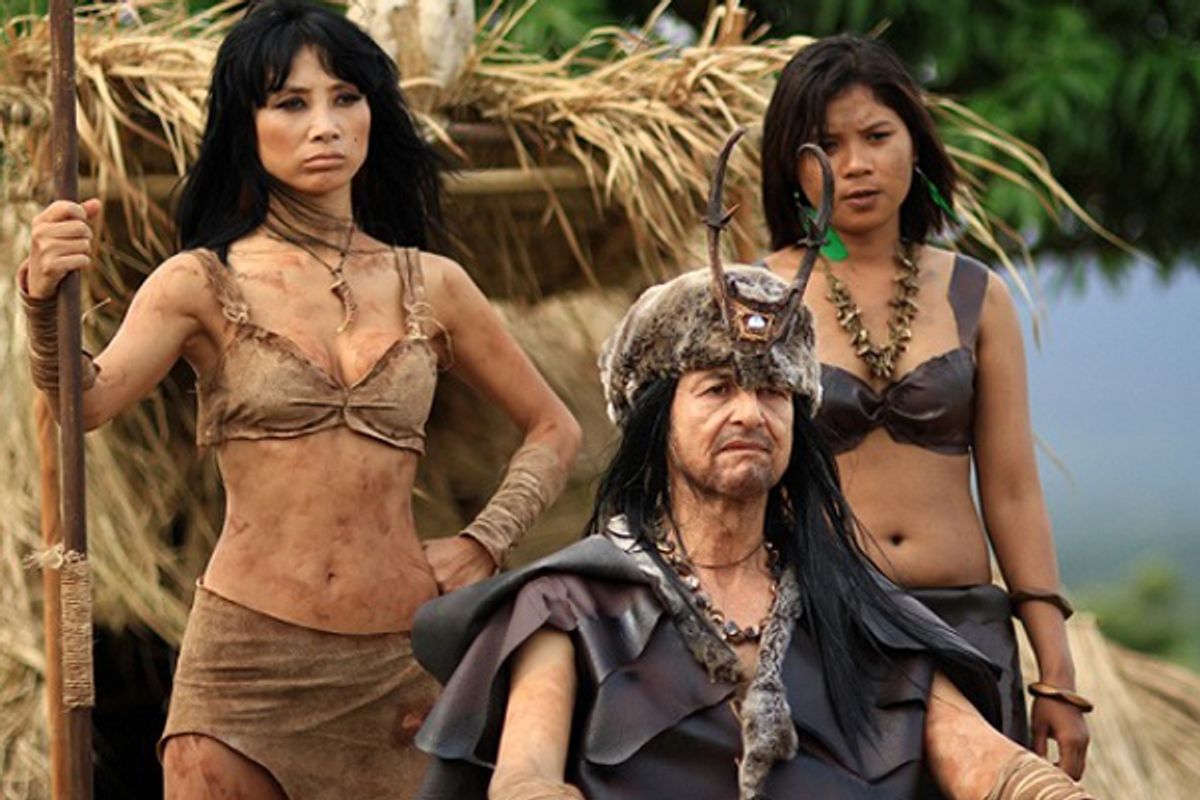 This weekend, I will join millions of J.R.R. Tolkien fans all over the country flocking to theaters for the first installation of the story of the unlikely, pint-size hero, Bilbo Baggins, and his defeat of the fire-breathing, treasure-hoarding dragon, Smaug. A classic David versus Goliath tale, Peter Jackson’s $270 million return to Middle-earth in "The Hobbit," nine years after "The Return of the King," can easily be called one of the most anticipated cinematic events of 2012.

If not for the noble efforts of federal Judge Philip S. Gutierrez, I may have accidentally watched “Age of the Hobbits” online instead. Luckily for all of us planning to trek to Middle-earth this weekend, Judge Gutierrez agreed with producers Warner Bros., MGM and Saul Zaentz Co. that the $500K straight-to-Internet-and-DVD “Age of the Hobbits” starring Bai Ling would confuse consumers and cause the big studios “irreparable injury.”  On Tuesday, the federal district court in L.A. issued a temporary restraining order against the release of the straight-to-the-Internet knockoff by “mockbuster” production company Global Asylum (the studio behind such well-known and critically acclaimed films as "Transmorphers" and "Snakes on a Train"), stopping it  from releasing its movie, conveniently scheduled to make its debut the same weekend as "The Hobbit" hits American theaters.

Warner Bros., elated with the ruling, lauded the court for “protecting the unique work of our industry’s creative community from companies like Asylum, whose cynical business model is designed to profit from the work of others.” Apparently the studio isn’t aware that neither it nor SZC was the inventor of hobbits, or Middle-earth, or even of movies about hobbits in Middle-earth.  Or maybe SZC’s all-out legal assault on anyone referencing hobbits has convinced Warner Bros. that SZC, and not Tolkien, is in fact the original creator of all things hobbit-like. SZC’s lawyers, after all, don’t save their animus for knockoff movies piggybacking off the company’s lucrative investments (SZC bought most of the licensing rights in 1976 from United Artists who bought them from Tolkien in 1968); they have brought legal action against a Tolkien-inspired British pub named “The Hobbit,” a café named the “Hungry Hobbit” and a small company that makes toy houses affectionately nicknamed “Hobbit Homes.”

With trademarks for using the term “hobbit” in connection with action figures, clothing, video games, metal storage sheds and basically anything else you can commodify, SZC is essentially claiming a monopoly not just on hobbits, but on anything even remotely hobbit-like. Judge Gutierrez would seem to agree with this assessment, dismissing GA’s admittedly dubious claim that the film’s name refers not to Tolkien’s hobbits but to Homo floresiensis, an ancient human subspecies discovered by scientists in Indonesia in 2003 and dubbed “Hobbits” because of their small size.

While there is little proof to support that contention, GA’s main argument reflects basic common sense: actual consumer confusion, especially on a scale that will damage Warner Bros. et al., about the films is extremely unlikely. The poster doesn’t feature a single hobbit-like character. The movie is only available online. Did I mention it stars Bai Ling?

Judging by the reviews some of GA’s earlier films have garnered, “Age of the Hobbits” is most likely a deplorable film unfit to even be considered alongside a masterpiece like Tolkien’s original book. But there is something about a devious little production company, sued for using tricky word play to dip into a behemoth's fortune, that reminds me of another unexpected mini-hero, attempting to talk his way out of pinching a wallet from a troll’s pocket, swiping a magical ring from the self-obsessed Gollum, or stealing a greedy dragon’s pilfered collection of someone else’s hard-earned gold.