Is the GOP playing Obama? 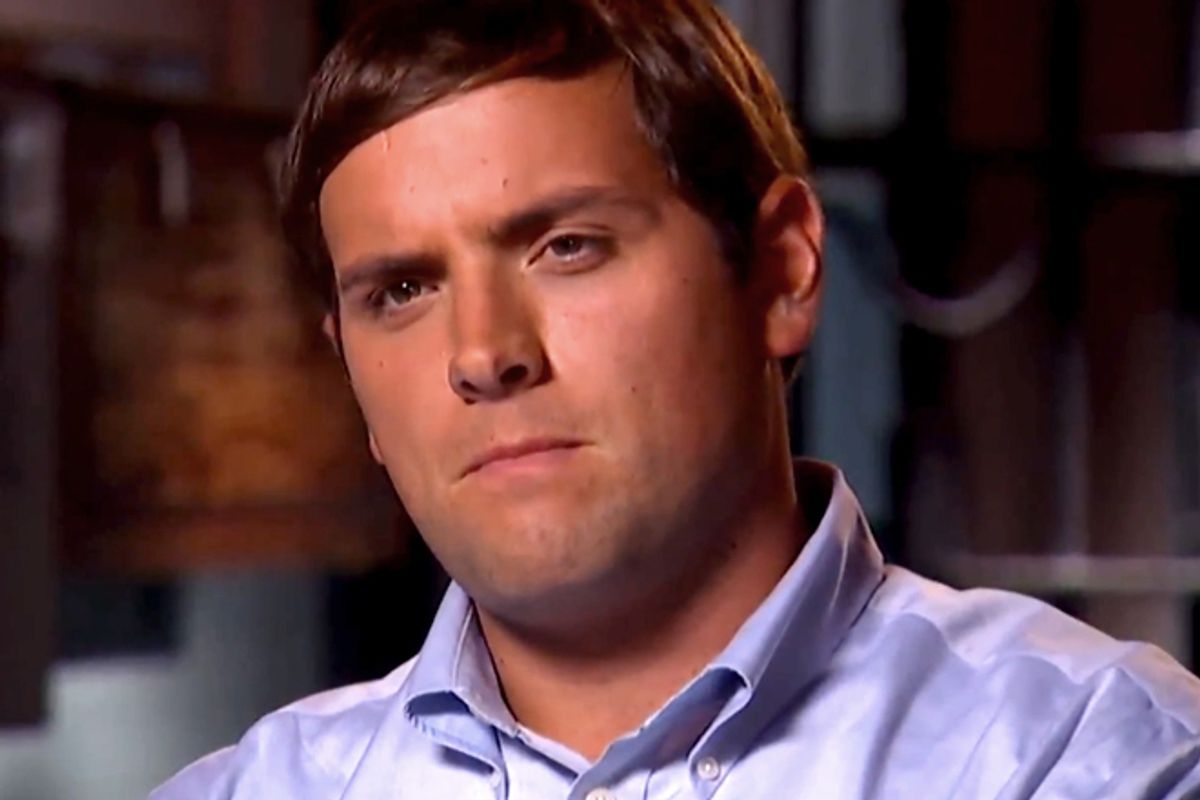 There's no real mystery about why House Speaker John Boehner and his allies keep screaming about wanting spending cuts, but never propose any: The kinds of cuts they are known to want, like raising the eligibility age and/or means-testing Social Security and Medicare, are wildly unpopular. So on Thursday Boehner held a ranting press conference where he railed about "spending" but didn't propose one single cut.

On MSNBC's "Now With Alex" (guest-hosted by the great Joy-Ann Reid), congressional correspondent Luke Russert told the unvarnished truth about why the party that's for cuts won't lay any out. Reid asked Russert: "Do Republicans really feel that putting forward entitlement cuts will make them more popular with the American people?"

And Russert, who has good GOP sources, explained their logic:

(The video is below. You can hear me in the background saying, "Thank you" and "Oh. My. God.")

For those with short memories, Russert is referring to the automatic defense cuts that were part of the "compromise" solution to the debt-ceiling hostage crisis, supported by both Republicans and Democrats. But immediately after the vote, Republicans began blaming them on the president.

That's part of why Democrats were so angry that Obama reportedly agreed to Medicare and Social Security cuts – including hiking the Medicare eligibility age – as part of a "grand bargain" to end the debt-ceiling showdown in the summer of 2011. Democrats had just won a special election in New York's 23rdCongressional District that centered on opposition to Paul Ryan's Medicare slashing plans – and suddenly a Democratic president was agreeing to unpopular Medicare cuts. And that's why Democrats have been so outraged at reports Obama was considering the same compromise in fiscal cliff negotiations this year.

But he's not anymore, according to close ally Sen. Dick Durbin. Although the president refused to rule out a hike in the eligibility age when talking to ABC, Durbin told the Wall Street Journal today that such an idea is off the table. “It’s no longer one of the items beings considered by the White House,” he said.

Democratic Majority Leader Nancy Pelosi likewise rejected the idea today in her strongest terms yet. “As I have said, don’t even think about raising Medicare age,” she said. “We are not throwing America’s seniors over the cliff to give a tax cut to the wealthiest people in America.”

After Mitt Romney and Paul Ryan attacked Obama for $700 billion in Medicare cuts that Ryan's budget also made, the president should have known Republicans will do whatever they have to, including flat-out lie, to make him responsible for trimming programs they would ultimately slash or end entirely. Maybe Democrats are finally learning there's no compromise with the current leadership of the Republican Party.

Here's the video -- Russert explains the GOP  logic about 10 minutes in: