Congress mum on "guns" in wake of shooting

Out of 489 members of Congress on Twitter, just four have dared use the word "gun" after the Newtown shooting 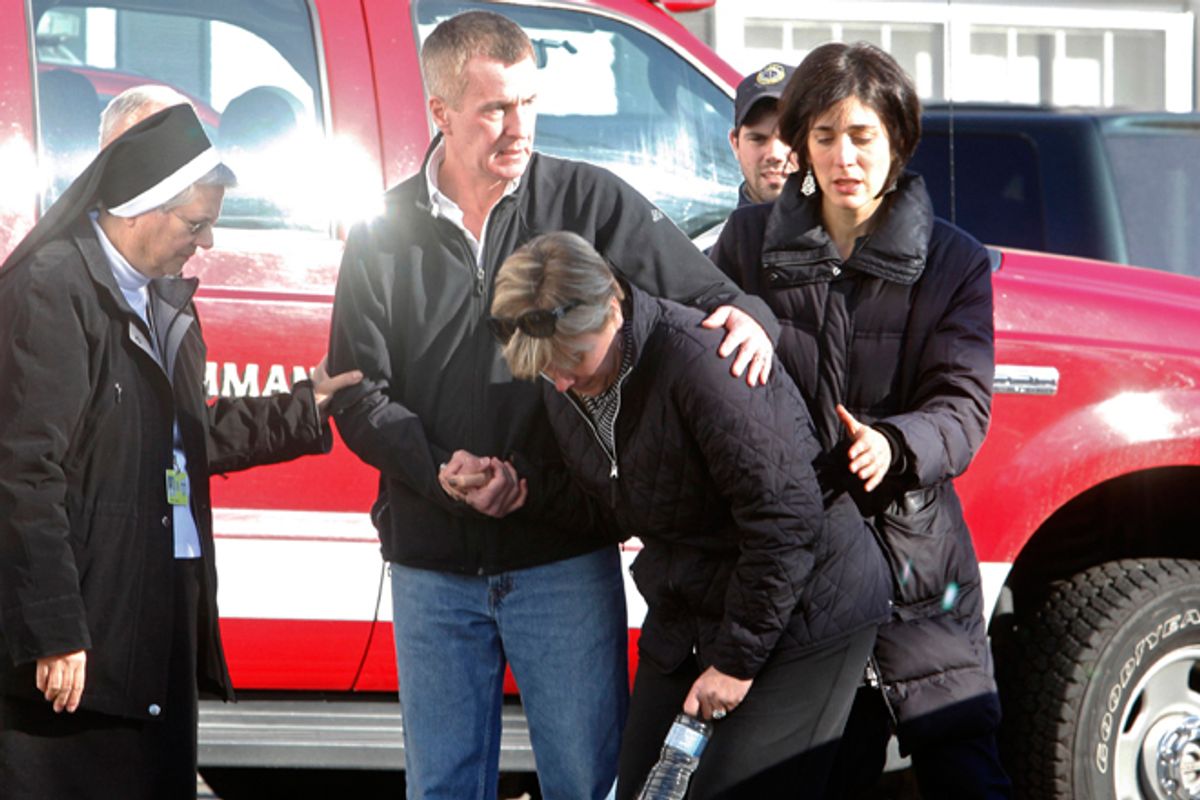 In the wake of the tragic shooting today in Connecticut, the debate on Twitter and cable news has immediately turned not to gun control per se, but to whether it's even possible to have a debate on gun regulations in a political environment where merely bringing up the issue opens one up to charges of "politicizing" a tragedy.

Case in point: A search of the 489 members of Congress on Twitter reveals just four members who even mentioned the word "gun." Virtually every lawmaker has put a statement on Twitter expressing their condolences, but only a tiny handful of Democratic House members have dared address the public policy question of how to prevent another tragedy like this:

Another horrific #gun #tragedy struck our nation today. My prayers are with all those impacted. on.fb.me/UY70vx #schoolshooting

Horrific and repulsive murder of kids. We mourn loss of life and pray for families & community. Time to come together to stop gun violence.

Dear Colleagues: it's time 2 act to control access 2 handguns. This not about ducks & deer. I pray for the victims. I pray for our courage.