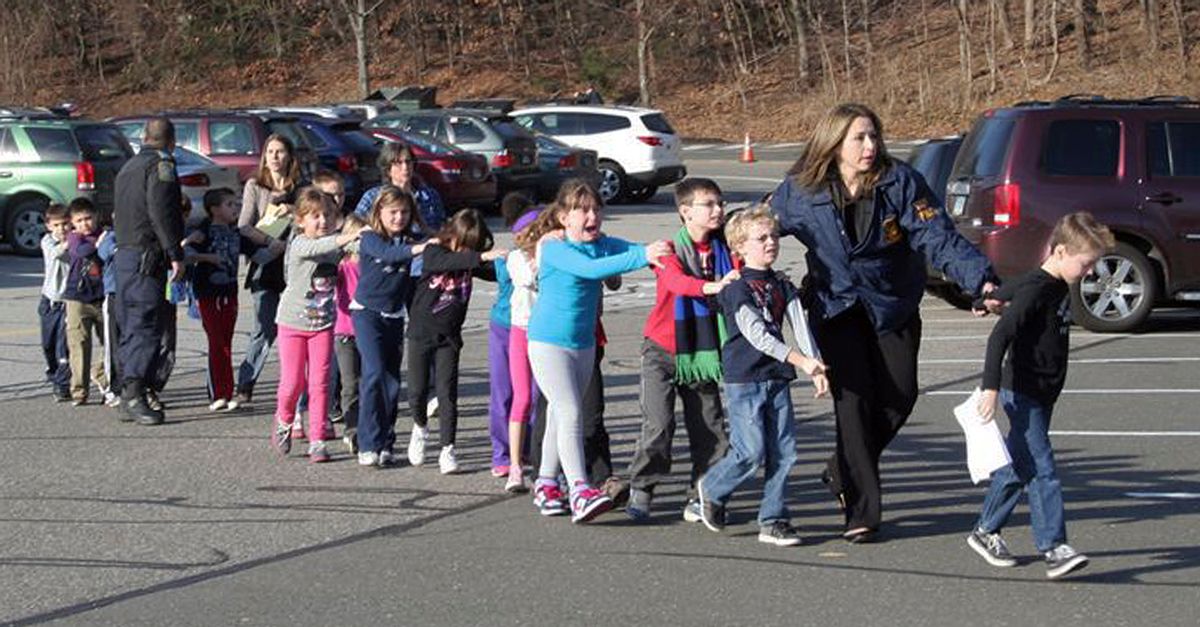 NEWTOWN, Conn. (AP) - CBS News is reporting at least 27 people, including children, have died in shooting at a Connecticut elementary school Friday morning.

The shooter was killed and apparently had two guns, a person with knowledge of the shooting said. The person spoke on condition of anonymity because the investigation was still under way.

It wasn't clear how many people were injured at Sandy Hook Elementary School in Newtown. A dispatcher at the Newtown Volunteer Ambulance Corps said a teacher had been shot in the foot and taken to Danbury Hospital.

Stephen Delgiadice said his 8-year-old daughter heard two big bangs and teachers told her to get in a corner. His daughter was fine.

"It's alarming, especially in Newtown, Connecticut, which we always thought was the safest place in America," he said.

The superintendent's office said the district had locked down schools in Newtown, about 60 miles northeast of New York City. Schools in neighboring towns also were locked down as a precaution.

A photo posted by The Newtown Bee newspaper showed a group of young students - some crying, others looking visibly frightened - being escorted by adults through a parking lot in a line, hands on each other's shoulders.