Now's the time to talk guns

Sorry, Jay Carney. With at least 18 school children dead, today is absolutely the day to have this conversation 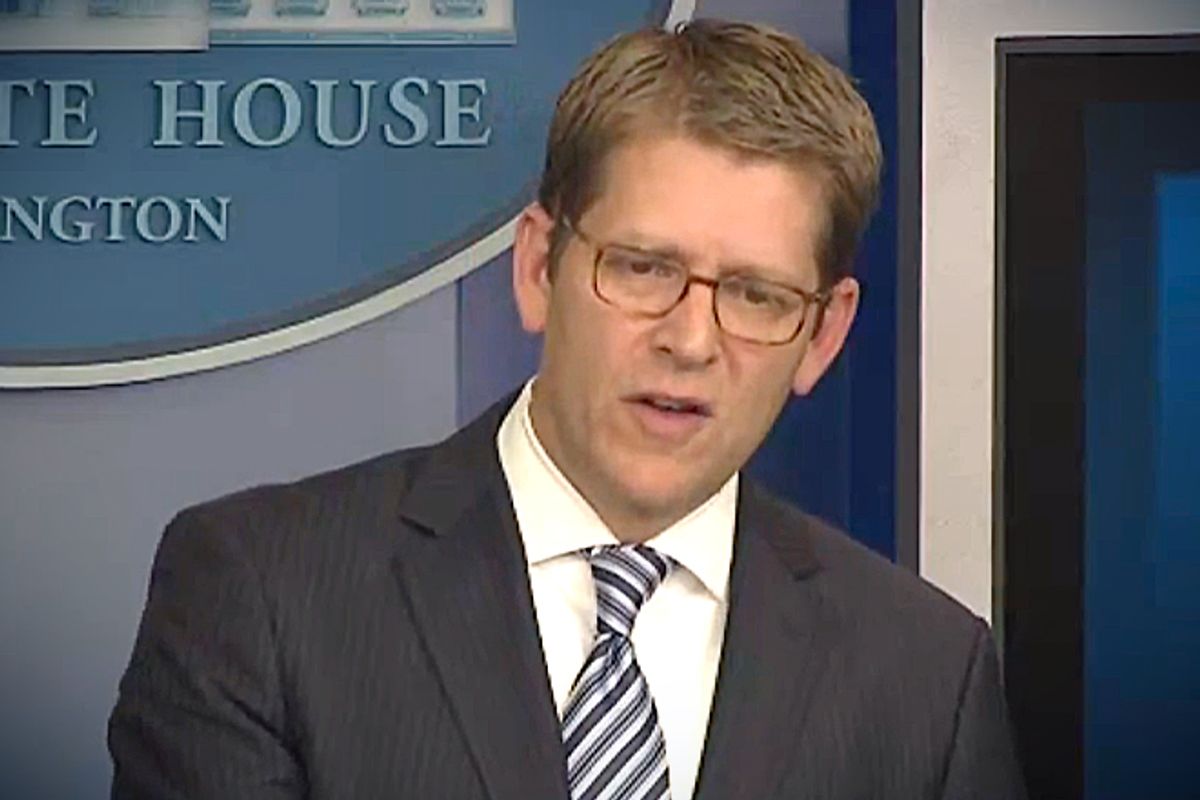 White House Press Secretary Jay Carney may wish he could take back these words. But pressed at a press conference to talk about whether the Sandy Hook school shooting tragedy would motivate President Obama to push to renew the assault weapons ban, Carney replied:

It does remain a commitment of his. What I said is, today is not the day, I believe as a father, a day to engage in the usual Washington policy debates. I think that that they will come, but today is not that day, especially as we are awaiting more information about the situation in Connecticut.

I beg to differ. Today is precisely the day. It's true, we still don't know details about the weapons the school shooter, or shooters, used in Connecticut. But we know that there are too many guns, and that the gun lobby fights all efforts to regulate them. The grief and outrage sparked by the Newtown tragedy ought to strengthen the arguments of those who fight for sane restrictions, as well as broader mental health services.

Guns in national parks. Guns in church. Guns in schools and day care centers. All over the country, the spaces that used to be gun-free zones are now open to them. According to Mother Jones, in 1995 there were an estimated 200 million guns in private hands. Now there are about 300 million, a 50 percent jump. Yet BuzzFeed found that President Obama only mentioned gun control three times in the last campaign.

It's not just the NRA who are political villains in this story: the right-wing Koch-funded ALEC has been pushing to weaken gun laws too. In fact, the lame-duck right-wing GOP-controlled Michigan Legislature just passed an ALEC-backed bill allowing concealed loaded guns in schools, churches and day care centers, and abolishing the county panels that controlled concealed-pistol licensing.

But today, a day when children as young as kindergarteners were told to hold hands, close their eyes and walk past scenes of unspeakable carnage – that's a perfect day to begin a new conversation about what's wrong with our gun culture. Clearly, we are getting numb to massive gun violence. It's hardly inappropriate that the murder of at least 18 children, reportedly between the ages of 5 and 10, might shock us out of our numbness and inspire more activism and legislation – and political courage.

Jay Carney's a decent guy, but the notion that we can't politicize tragedy, and we can't let a horrific act like a school shooting immediately galvanize action, contributes to paralysis and impotence. As Colin Goddard, a Virginia Tech victim, noted on MSNBC Friday: "We see these tragedies, we express our condolences, and that's where it ends." It can't keep ending there. Leaders need to lead.