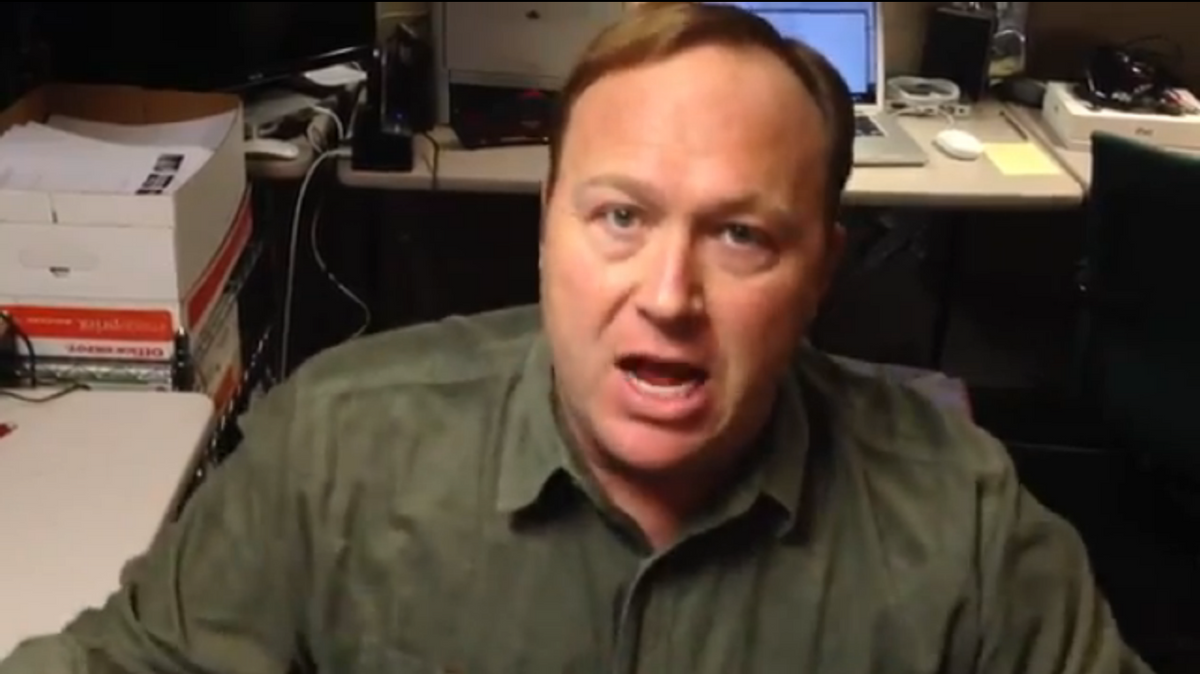 Radio host and full-time conspiracist Alex Jones has a theory about the Sandy Hook Elementary School shootings -- and Obama, and the Second Amendment and the mainstream media -- which he has not-so-neatly distilled into a seven-minute rant on his "news site" infowars.com. There, he runs through a familiar litany of libertarian talking points: Liberals are idiots who don't realize they're authoritarians; the left is trying to abolish our right to bear arms; Adolf Hitler was in favor of gun control; the president's tears are fake.

But roughly a minute into this fever-pitched harangue, he turns the crazy up to 11 with a brand-new conspiracy: Salon (along with CNN and MSNBC) is a state-run media company. All this time, and I never even got a lousy Obama phone!