Leave the legacy stuff for the memoir, Mr. President

Seeking a legacy implies it's for some future audience, not for actual people in the here-and-now 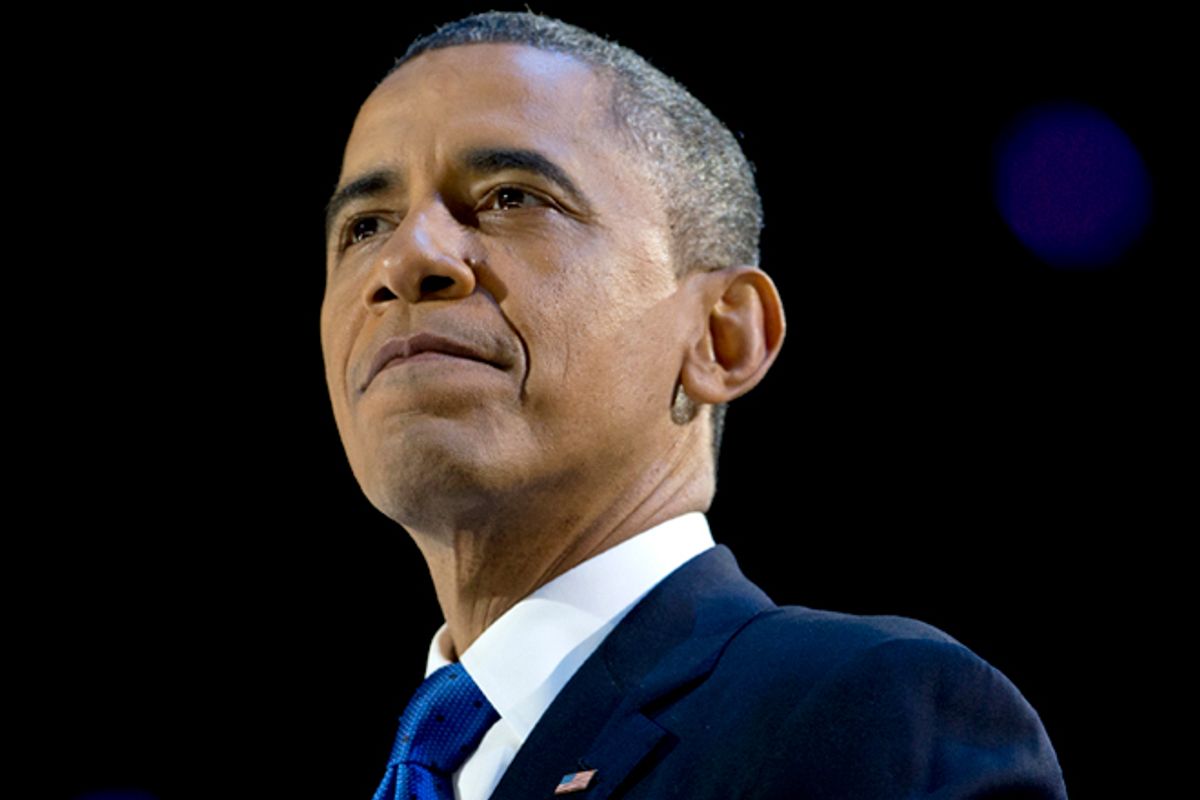 Earlier this week, Ezra Klein reported that one of the reasons Barack Obama wants a “grand bargain” in the deficit is for his legacy. My initial reaction was that budget politics is a particularly poor place for presidents to go in search of legacies, since budget politics is by its nature transient. There’s a larger point, however: The last thing presidents should be doing – second term presidents included – is worrying about their “legacy.”

What this really gets to are two very different theories of the presidency, and why presidents are good or bad at the job.

The theory that supports legacy-seeking is that good presidents get that way because they are, fundamentally, good people. Proponents of this theory may not put it this way, but what it really comes down to is a belief that their moral judgment is, simply put, better than most of ours. Their insights into good policy choices are sound, and their sense of which goals to set for the nation can be trusted. For the most part, their potentially great presidencies fall short, when they do, primarily because of “politics” – because they need to seek votes in the next election, or because they have to compromise.

This theory is most likely wrong. We don’t actually choose presidents based on their moral judgment or whether what they really think is great, so why should they be particularly good at those things?

This brings me to the second theory: that presidents become good, or even great, if they are very, very, good politicians.

This theory suggests that presidents have no better insight into what policies are good in some absolute sense than anybody else. Nor are they generally the best experts about issues across the board. However, what presidents tend to be very good at – what they have to be good at to be successful – is using the clues the political system provides in order to keep their electoral coalition happy.

In particular, they should be very good at figuring out policies that keep their strong supporters happy with them while also appealing to swing voters. After all, that’s how they got to the White House in the first place! And, for second-term presidents – and that’s who we’re talking about when we’re talking about legacies – that’s how they were reelected. Presidents who are reelected should tend, overall, to be very good at sniffing out potential policy disasters and avoiding them; they should also be good at figuring out how to exploit a situation by finding policies that work.

That’s how Richard Neustadt, in his classic analysis "Presidential Power," talked about how presidents can make good policy choices, although his stress was more on what presidents can do to increase their influence within the political system rather than on election politics. Still, both should push presidents in the same direction. What policies should presidents support when there’s no obviously correct choice – when even the experts disagree? For Neustadt, the best presidents will be experts not at knowing the details of policy, but at reading the political situation. They’ll know to ask the right questions of the experts and the interests, of partisans and of advocates.

What motivates those questions? Self-interest: the president’s interest in preserving his position and his influence. And that, in the final analysis, is what presidents are trained for more than anything else; the self-interest in their own careers.

The search for a legacy removes the president from his own strengths. Already, the constitutional amendment restricting Barack Obama to two terms has removed him, to some extent, from the voters he’ll never face again. Presidential quests for a legacy make it worse; the entire idea of seeking a legacy implies that it’s some imagined future audience, and not actual people with actual interests and actual preferences in the here-and-now, who will judge the president’s actions. The problem is that this imagined panel will have whatever characteristics the president gives them – he receives no information from them at all, only what he imagines. Real constituents and their representatives, however, have all sorts of information a good politician can learn from. Think of Obama in the fiscal cliff talks: Which trial balloons are producing genuine howls of outrage, and from whom? How does John Boehner react to various specific ideas Obama presents? How do the markets seem to react to rumors of an impasse, or rumors of a breakthrough? Which interest groups are fighting for what provisions? What do the political people at the White House hear from Democratic governors, or from activists, or from the Democratic partisan press? What do the experts say?

The idea is that sifting through all of that will lead Obama to make choices that at the very least avoid disaster, and with any luck really do establish some working policies. But if he instead chooses to listen to those future audiences, he’ll learn little but what he already knows.

Similarly, a smart president will pick and choose among many possible issue areas based on clues provided within the political system – clues that might provide an early warning system that a suggested invasion might encounter problems, or the economy is getting shaky, or that something’s potentially wrong with a government agency’s performance.  A legacy president will pick and choose among possible issue areas based only on his own intuition about what’s important or what should be important.

Of course, even a wise president can run into major problems. But the best way to avoid them is to make use of the political skills that put him in the Oval Office in the first place. Indeed, I’d recommend to a reelected president to pretend that there’s another campaign coming, the better to ground himself firmly in the reality of real constituents and their real representatives.

Leave the legacy stuff for the memoir.