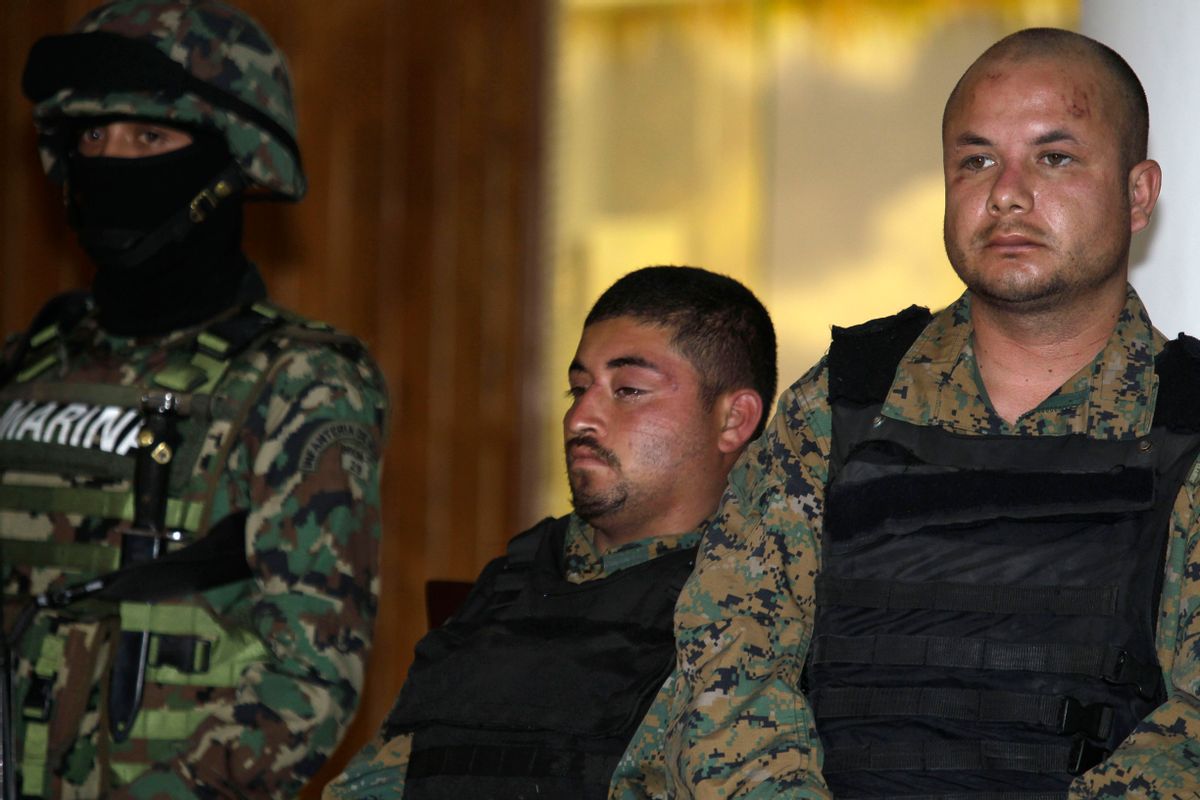 Mexico's regional newspapers are publishing more stories about murders linked to the drug trade, but they remain reluctant to write what they know about the organizations responsible for the killings.

A new study by our colleagues at Fundación MEPI, an investigative journalism center in Mexico City, reviewed daily coverage in 14 of 31 Mexican states. It found a significant increase in the number of stories on organized crime groups. But the study says that only two newspapers, El Norte in Monterrey and El Informador in Guadalajara "provided context to the violence, identified the victims and did follow-ups," according to the review, which can be read in English here and in Spanish here.

Mexico has been convulsed in recent years by a brutal conflict between competing drug cartels and by the government's efforts to curtail the drug trade.

In one notable instance, a soccer game in the Mexican city of Torreón was interrupted by sounds of a gun battle outside the stadium. Panicked spectators scrambled for cover and rushed on to the field which had been abandoned by the players. Here's a video of that scene.

At El Siglo do Torreón, the local paper, editors debated whether to publish a story about the gun battle. The pictures of the cowering soccer fans were dramatic, but the study quotes the paper's editor, Javier Garza, as saying he and his colleagues were worried they might become a target if they played the pictures big. The newspaper has been bombed and shot at twice since 2009, and its journalists routinely receive death threats from drug gangs.

Garza ultimately splashed the picture across the front page. But the accompanying story "did not try to explain why the attack took place, in line with editorial policies," the report said. "Editors know that criminals read their pages to see how their organizations are portrayed and are careful not to provoke them."

Publications elsewhere reported that the gun battle was between local police and members of the Zetas, a drug gang that has effective control of Torreón.

According to the foundation's study, which compared police records to newspaper coverage, seven out of 10 violent incidents were covered by papers in the 14 Mexican states. Many were on a scale that made them impossible to ignore, the report said. In Monterrey, for example, Zeta operatives torched a local casino, killing 52 people. In Veracruz, 35 nude bodies were left on a main thoroughfare.

One obstacle to covering organized crime in Mexico is the lack of reliable official statistics and police reports. In 2011, El Siglo reported, officials in Torreón simply erased 100 murders from the official court record. In response to such problems, journalists in Mexico are increasingly tracking crime by creating their own databases, the study said.

The new Fundación MEPI study follows up on the foundation's examination of press coverage in 2010. That earlier study found that Mexican newspapers rarely reported murders that were taking place.