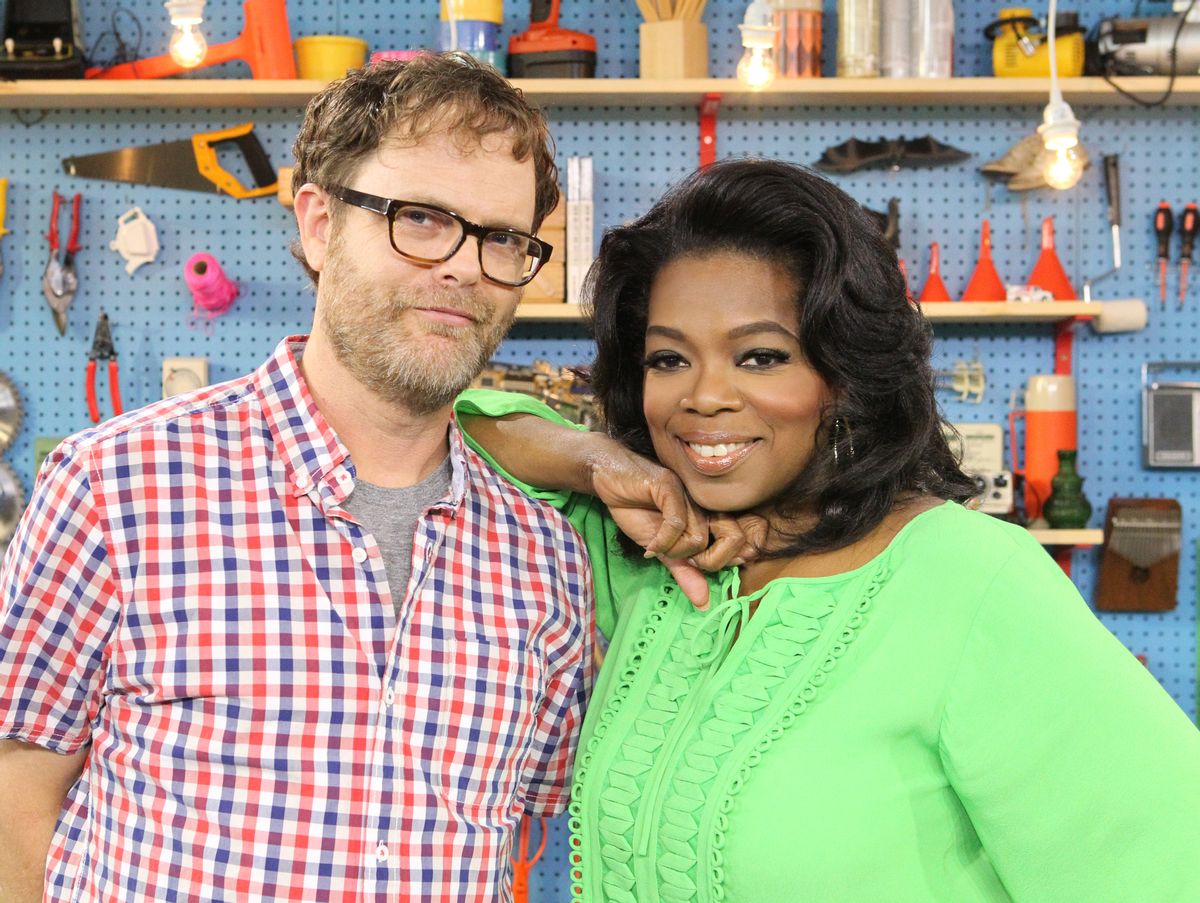 Most television viewers identify Rainn Wilson as Dwight Schrute, the constantly high-strung, testy "Battlestar Galactica" nerd on "The Office." But where his character is cynical and negative in the extreme, in conversation Wilson comes across as effusive, spiritual and upbeat. As the hit sitcom comes to a close in its final season, Wilson is branching out with other projects, many which veer from comedy, but stay close to his greater vision of bringing people together.

Salon recently caught up with the actor and comedian on the phone to discuss “The Office,” his SoulPancake project and his new TV special "Oprah and Rainn Wilson Present SoulPancake" premiering this Sunday on OWN, which focuses on exploring “life’s big questions.” This interview has been edited for space and clarity.

Why did you and your friends (Joshua Homnick and Devon Gundry) start SoulPancake?

Before the series, our goal was starting a website, called SoulPancake.com. I really wanted to do something positive on the internet. I wanted to try to get young people talking about, thinking about, life’s big questions--make it cool and OK to wonder about the heart, the soul and free will and God and death and big topics like that, big human topics.

So, we started that, then we wrote a book (Soul Pancake) that was a New York Times bestseller, and around that time I did Oprah’s podcast called SoulSeries. We got to know each other and so I went in and met with her network and over the past couple of years we’ve been doing short pieces for Super Soul Sunday, called "On the Street,” fun little pieces--and this is a culmination of that.

How is your series different from TED Talks?

I’ve certainly watched hundreds of those talks--they’re fantastic. But SoulPancake is more artistic, it’s not so much lectures, as it is kinds of interactivity and creative challenges, and we try to get to where  people live, not just their brains, but their hearts as well.

What is one of the most interesting or surprising things you have learned from those interviews?

We do an interview with this heart doctor named Dr. Magliato, and she explores a syndrome called Broken Heart Syndrome, where people literally have heart attacks and their hearts stop working from just being heartbroken.

When is that episode coming?

That is part of our episode that airs on Sunday, it’s one of the interviews.

What we do is we explore a concept, in this case it’s love-- a big human issue, and we explore it from every different side. So there’s a lot of different facets of what love is. We do interviews, and we have man-on-the street things, artists, artistic and creative challenges and music and animation. We look through all these different lenses at an issue.

What are some recent places you'd gotten that inspiration from?

I get my inspiration every day. I don’t want to sound pretentious, but I love art, I like to go to museums, and I like to read books. I think that one thing that’s  really opened up my mind a lot is going to Haiti. My wife and I have been to Haiti about 5 times in the last few years, to do work. That’s really opened me to see how different that culture is and...you don’t need material things to feel joyful.

Here’s the problem: In our culture, everything is in different compartments. Even that question, “what do you do that inspires you”--well, everything, because it’s all one thing. We’re on the same incredible life journey. You have, like, the heart doctor, Dr. Magliato in the SoulPancake pilot, we have a limited number of heartbeats before our heart stops working and we need to make the most of that, and only God knows how many heartbeats we’ve got.

Shifting gears to “The Office,” what is it like knowing that it’s almost over?

It’s a very bittersweet time for “The Office.” We’re reminiscing about all the great times, and that being said, it’s really time for the show to end. It’s been an incredible, life-changing experience, and I’m really excited for the stuff that’s going to happen in the final season. The documentary is finally going to air, and “The Office” characters are going to get to watch themselves on the documentary. That will be an interesting mind-bender.

What’s one thing you would have changed about Season 9?

It’s hard for me to think about what I would change. I wish they would have kept this one monologue that I did in the one where I was teaching Erin Dothraki because I did a talking head in Dothraki with my shirt off. But that’s the only thing I really would have changed.

You and Paul Lieberstein were attempting a spin-off, “The Farm,” which didn’t end up happening. Will there be any other collaborations?

And what's next for you?

I’m looking at doing some indie films. One thing I really want to do is--I spent ten years in New York doing theater before I moved to LA to do TV and film. I’d really like to go to back New York and do some theater.