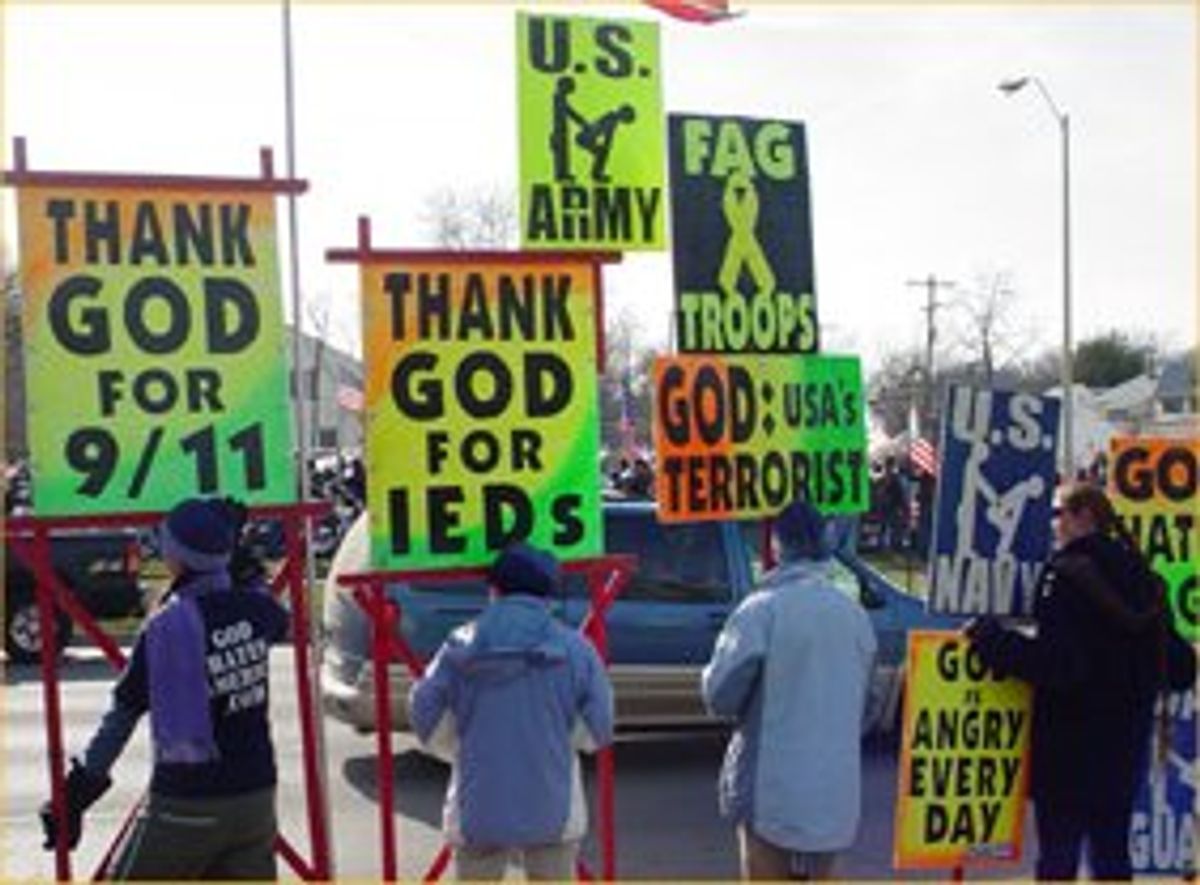 The ever-hateful Westboro Baptist Church has not failed to deliver in the wake of the Newtown school massacre. The Church, notorious for picketing the funerals of fallen troops with "God Hates Fags" placards, announced Saturday that they would picket Sandy Hook elementary school, where 20 children and six adults were shot dead Friday. Tweets from the Phelps family suggest they believe the horrors in Connecticut are a punishment from God for gay marriage.

Hacker collective Anonymous was swift to respond, releasing private information of  Westboro members including email addresses, phone numbers and home addresses. This video, decrying the church for spreading "seeds of hatred" was also released. It warns, "We will destroy you. We are coming."