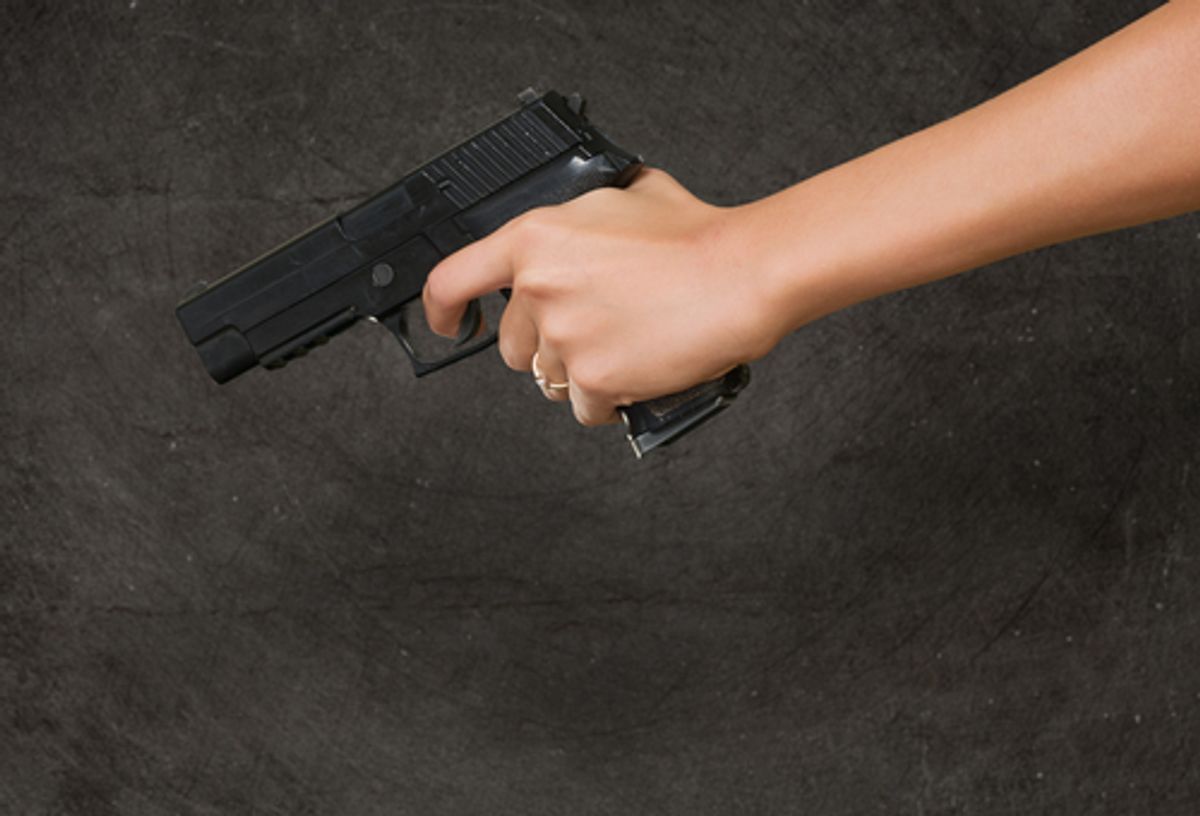 It makes sense that everyone’s eyes angrily turned to the National Rifle Association (NRA) in the wake of the mass killing in Newtown, Connecticut. For too long, the NRA’s deep war chest and lobbying apparatus has shaped the debate over guns in this country.

But there’s another group working hand-in-glove with the NRA that deserves scrutiny: the American Legislative Exchange Council (ALEC). ALEC, the Koch Brothers-backed group that is funded by big corporate interests, first attracted attention in the wake of the Trayvon Martin killing. The group, which brings together corporate interests, right-wing lobbyist groups and conservative politicians, passes model legislation that politicians take back ready-made to their state. The NRA has funded ALEC and co-chaired ALEC’s “Public Safety and Election Task Force,” which passes model bills on guns.

By way of the Center for Media and Democracy’s ALEC Exposed project, Digby’s Hullabaloo blog posted links to some of the model legislation on guns the group is pushing. Here are 9 of the awful gun bills ALEC wants to bring to a state near you.

Dubbed the “Campus Personal Protection Act,” this model legislation would allow handguns to be carried on campus. The ALEC bill would also “limit” regulations that the governing boards of colleges imposed on the carrying of guns on campus.

The bill is part of a wave of “concealed carry” gun laws that have passed around the nation--some with ALEC’s help. As the Center for Media and Democracy notes, “allowing ‘concealed carry’ has been a long-standing part of the NRA-ALEC agenda, passing in Wisconsin a year ago at the urging of Governor Scott Walker, who was given an award by the NRA for making this item law along with a version of the controversial ALEC-NRA "Stand Your Ground"/"Castle Doctrine" bill. A concealed carry law also was just passed last week in Michigan.”

ALEC wants you to be able to get your gun--and get it fast. Blueprint legislation passed by the group’s NRA-chaired “Public Safety and Election Task Force” would prohibit waiting periods from being used on gun purchases. “The imposition of ‘waiting periods’ for firearms purchases is a diversion of scarce law enforcement resources away from violent crime and criminals,” the bill reads.

The Trayvon Martin case made “stand your ground” laws, or “Castle Doctrine” laws, a household name. Martin’s killer, George Zimmerman, claimed that he acted lawfully in “self-defense” when he shot the unarmed teenager. Florida has a “Stand Your Ground” bill on the books that makes it more difficult to prosecute people for killing someone if they claim “self-defense.”

ALEC wants to bring more of these laws to your state. Here’s how they sum up what the bill does: “This act authorizes the use of force, including deadly force, against an intruder or attacker in a dwelling, residence, or vehicle under specified circumstances.” Many states already have have “stand your ground” laws.

4. No Borders to Firearm Movement

For all its talk of federalism and love of local democracy, ALEC still wants to be able to impose its agenda--even if a locality wants nothing to do with it. One model bill the group wants passed in states is a provision that would “prohibit local jurisdictions from independently enacting restrictions on the possession of firearms.” If a city wanted to restrict guns, they’d be out of luck--this bill would take away their authority to do so.

Governments, local officials and law enforcement groups have tried to push for gun manufacturers to adhere to some basic ground rules for the sale of weapons. One way to do this is by pushing for a “Code of Conduct” that gun manufacturers adopt. One example of what a “code” like this would do is getting a pledge from firearms makers to not promote weapons for extremely dangerous uses, like killing police officers with special bullets.

ALEC wants none of that. A blueprint for legislation calls such codes “politically-driven.”

This ALEC-backed legislation would prohibit states from confiscating firearms in the wake of a declared “state of emergency.” The group claims such a law would run afoul of the Second Amendment. It also calls for public employees who confiscate firearms to be found “guilty of the crime of larceny of a firearm or ammunition,” if such a law were on the books.

A resolution pushed by the group decries laws and regulations concerning semi-automatic rifles. The “American Legislative Exchange Council recommends the rejection of current proposals at the local, state, and federal levels that arbitrarily restrict the possession of the semi-automatic class of firearms by law-abiding American citizens,” ALEC writes.

The Second Amendment is not going anywhere. But ALEC remains worried about attempts to regulate firearms, and passed a resolution decrying gun control while celebrating the amendment. The “American Legislative Exchange Council recommends the rejection of further restrictive firearms laws that only serve to limit law abiding citizens in the exercise of their Constitutionally guaranteed rights while having no effect on the activities of the criminal element in our society,” the resolution reads.