The hacktivist collective continues its attack on the infamous hate group, shutting down its website 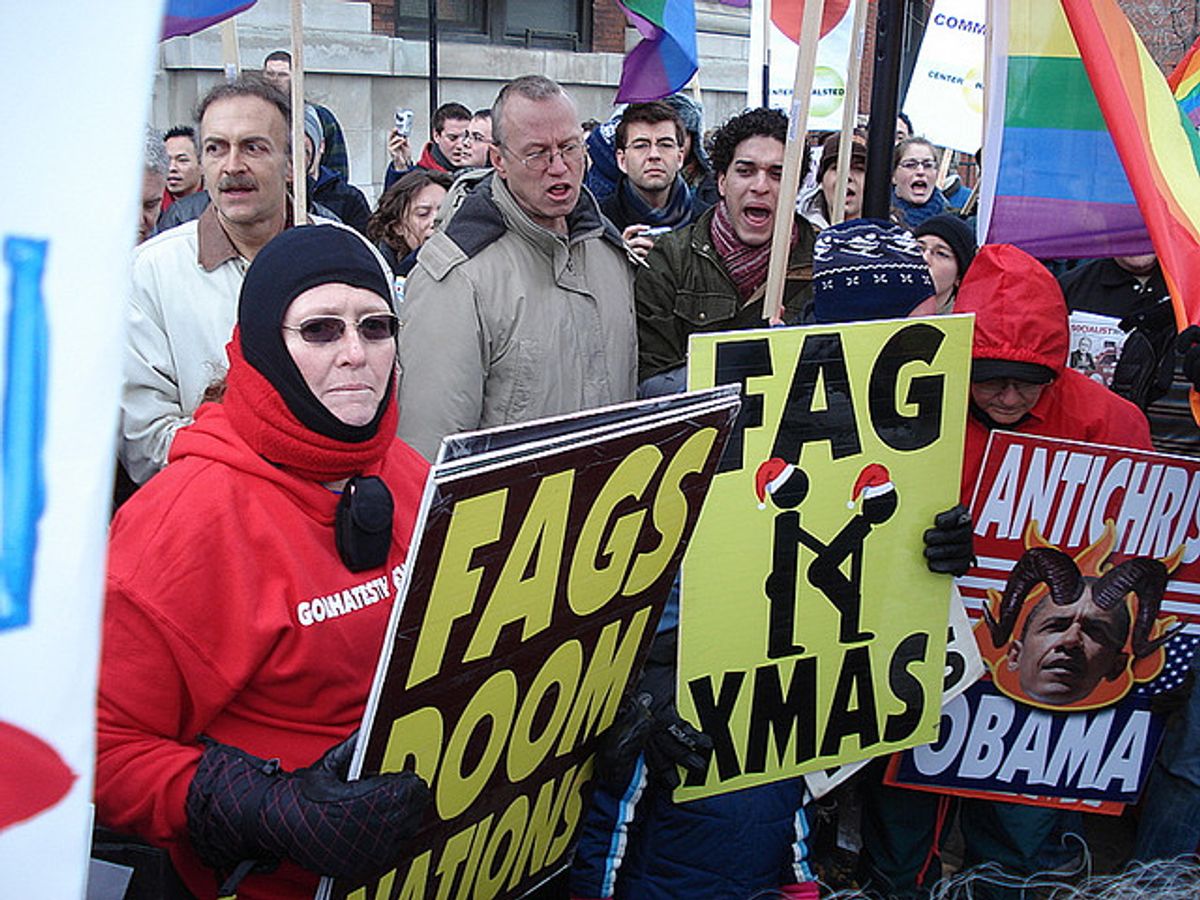 Anonymous has shut down Westboro Baptist website (Godhatesfags.com) with a denial of service attack (DDOS), the latest from the hacker collective after the hate group/church announced plans to picket victims of Sandy Hook's funerals. As Salon's Natasha Lennard wrote on Sunday:

Hacker collective Anonymous was swift to respond, releasing private information of  Westboro members including email addresses, phone numbers and home addresses. This video, decrying the church for spreading “seeds of hatred,” was also released. It warns, “We will destroy you. We are coming.”

An Anonymous source has said it intends to keep the website offline throughout the day, with plans to take it over completely and deface it.

We will continuously DDOS until they are forced to put their inbred church tithes to use to pay for bandwidth.

A popular Anonymous Twitter account went one further: “The message is simple: Dont fuck with little kids. Especially their funerals."