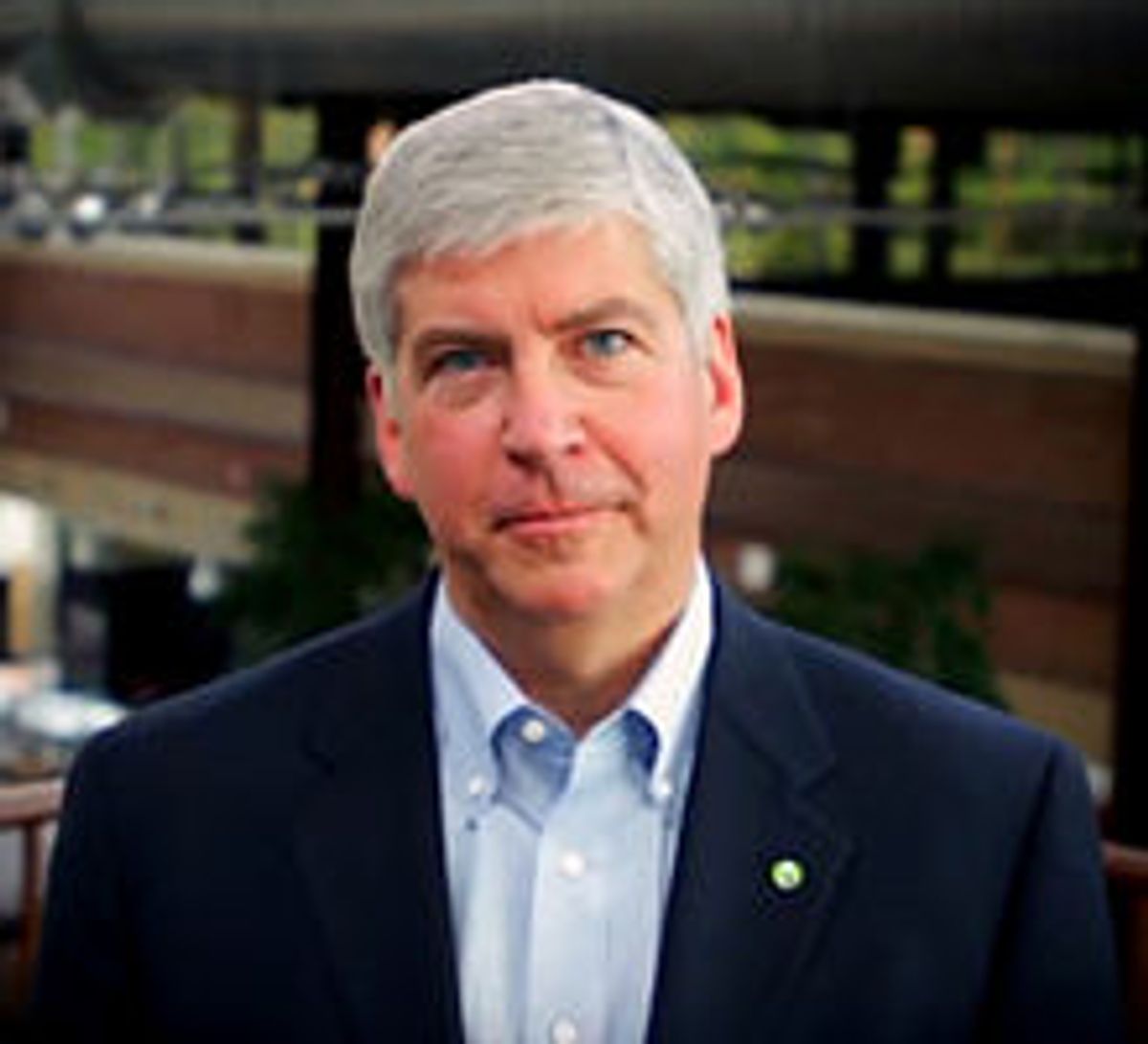 LANSING, Michigan — Gov. Rick Snyder pledged Monday to take a close look at legislation that could allow concealed weapons in schools and churches following the massacre at a Connecticut elementary school that evoked painful memories of a fatal shooting at his college dormitory more than three decades ago.

Snyder told The Associated Press during an interview that his public safety concerns have been heightened and "deserve extra consideration" following a mass shooting that left 26 people — including 20 children — dead at Sandy Hook Elementary School in Newtown, Connecticut

"We're looking at the whole situation due to Connecticut, not just the fact that there's a bill out there," the Republican governor said. "One of the things I've asked our team to look at is what's going with school policies, with mental-health-related issues, because in many respects it appears this was a mentally ill person. ... What that legislation says will be looked at through the lens of all that's happened."

Snyder said the Good Friday 1981 shooting at University of Michigan hits also plays into his decision-making regarding the legislation. He was a law school student and resident adviser when a student set fires by throwing Molotov cocktails onto the floor and fired a shotgun, killing another resident adviser and a student who was trying to help get people off the floor.

The bill, from the GOP-controlled Legislature, would allow someone with extra training to carry a concealed weapon in a gun-free zone. However, schools, churches and other entities could declare themselves off-limits to openly carried guns under trespass laws. It also would put county sheriffs in charge of concealed-weapons applications instead of local boards.

President Barack Obama on Sunday pledged to seek change in memory of those ruthlessly slain by the gunman packing a high-powered rifle in Friday's shooting.

Snyder said he dealt with the fire alarm while two other student advisers went up to the floor where the gunman was. If it wasn't for an ailing resident director, Snyder said, he would have responded and "that most likely would have been me" who was shot.

"I haven't publicly talked about this much," Snyder said. "It's one of those things you just live with. If you ask in context, this is something that has additional impact on me because of my personal history."