"Newtown, you are not alone" 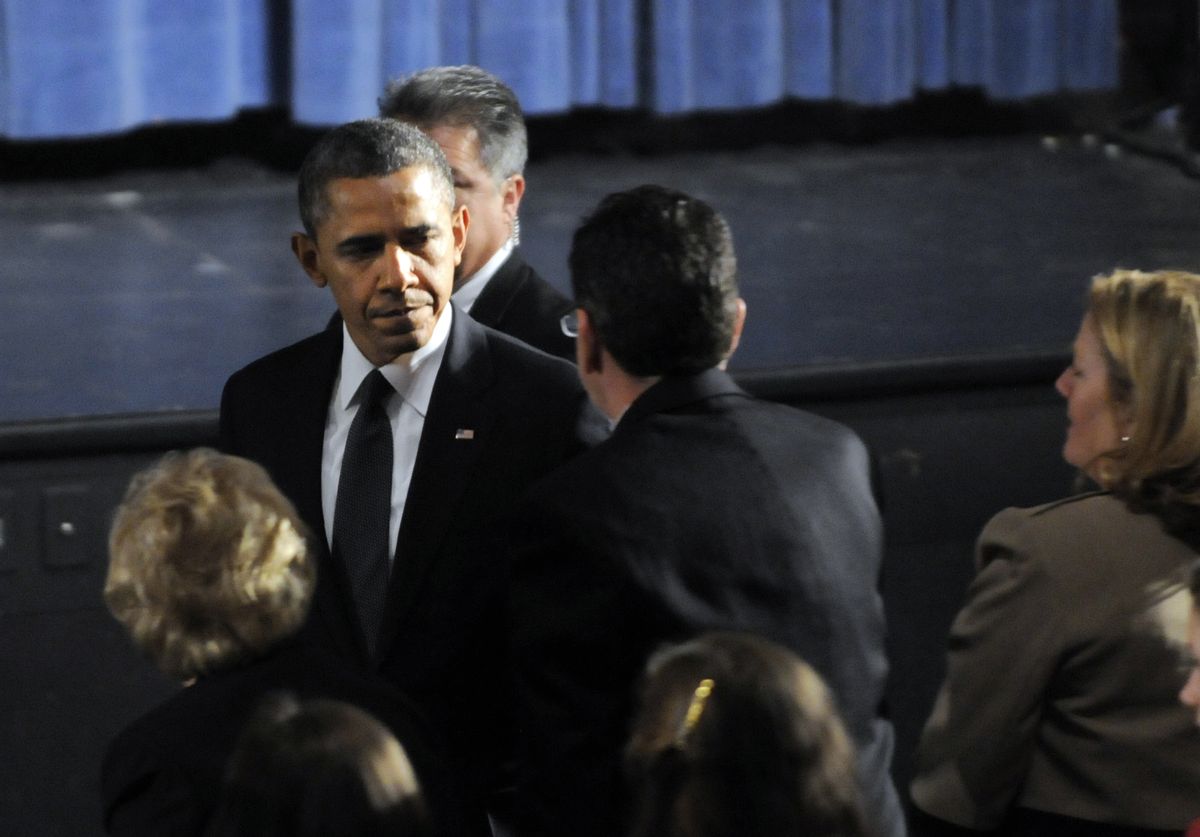 President Barack Obama greets Gov. Dannel Malloy during his arrival at the start of an interfaith vigil for the victims of the Sandy Hook Elementary School shooting. (AP/The Hartford Courant, Stephen Dunn, Pool)
--

NEWTOWN, Conn. (AP) — A mournful President Barack Obama said Sunday that the nation is failing to keep its children safe, pledging that change must come after an elementary-school massacre left 20 children dead.

"What choice do we have?" Obama said. "Are we really prepared to say that we're powerless in the face of such carnage, that the politics are too hard?"

In a vigil for the fallen, in a moment of grief that spread around the world, Obama conceded that none of his words would match the sorrow. But he declared to the community of Newtown: "You are not alone."

For Obama, ending his fourth year in office, it was another sorrowful visit to another community in disbelief. It is the job of the president to be there, to listen and console, to offer help even when the only thing within his grasp is a hug.

The massacre of 26 children and adults at Sandy Hook Elementary on Friday elicited horror around the world, soul-searching in the United States, fresh political debate about gun control and questions about the incomprehensible — what drove the suspect to act.

Privately, Obama told Connecticut Gov. Dannel Malloy that Friday was the most difficult day of his presidency.