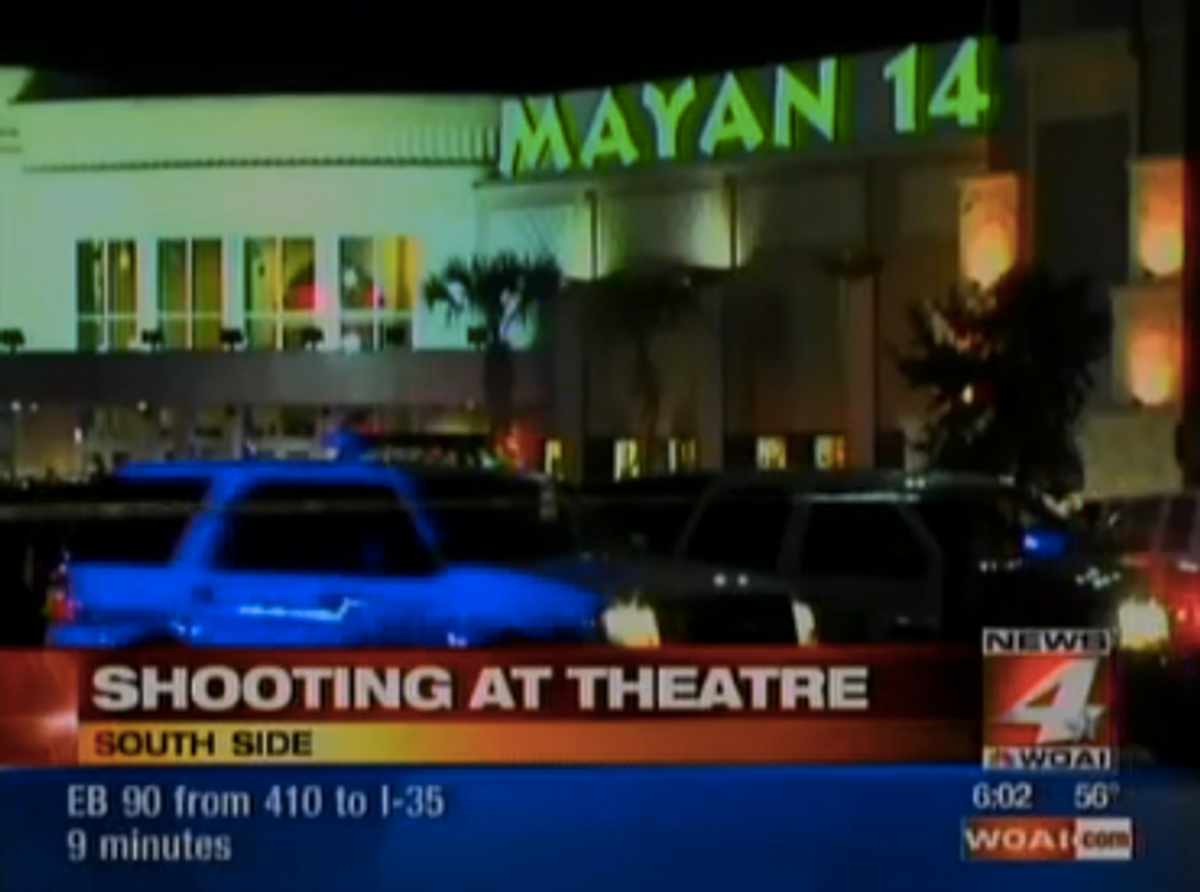 SAN ANTONIO — Sheriff's officials say a man opened fire in a San Antonio movie theater parking lot, wounding one person before an officer shot him inside the theater.

Bexar (bayr) County sheriff's spokesman Louis Antu says the incident started about 9:30 p.m. Sunday when the man fired shots inside a nearby restaurant. It's not clear what led to the shooting.

Antu says the man headed toward the theater and shot a male in the lot. The age and condition of the victim wasn't immediately known, but Antu says his injuries did not appear life-threatening.

The gunman entered the theater. Antu says the man fired a shot but struck no one. An off-duty sheriff's deputy working security then shot the gunman.

The suspect was taken to a hospital and not immediately charged.