Newtown and Guangshan county: A tale of two massacres

In China, guns are illegal. What good is democracy when these rights can't prevent the murder of innocent people? 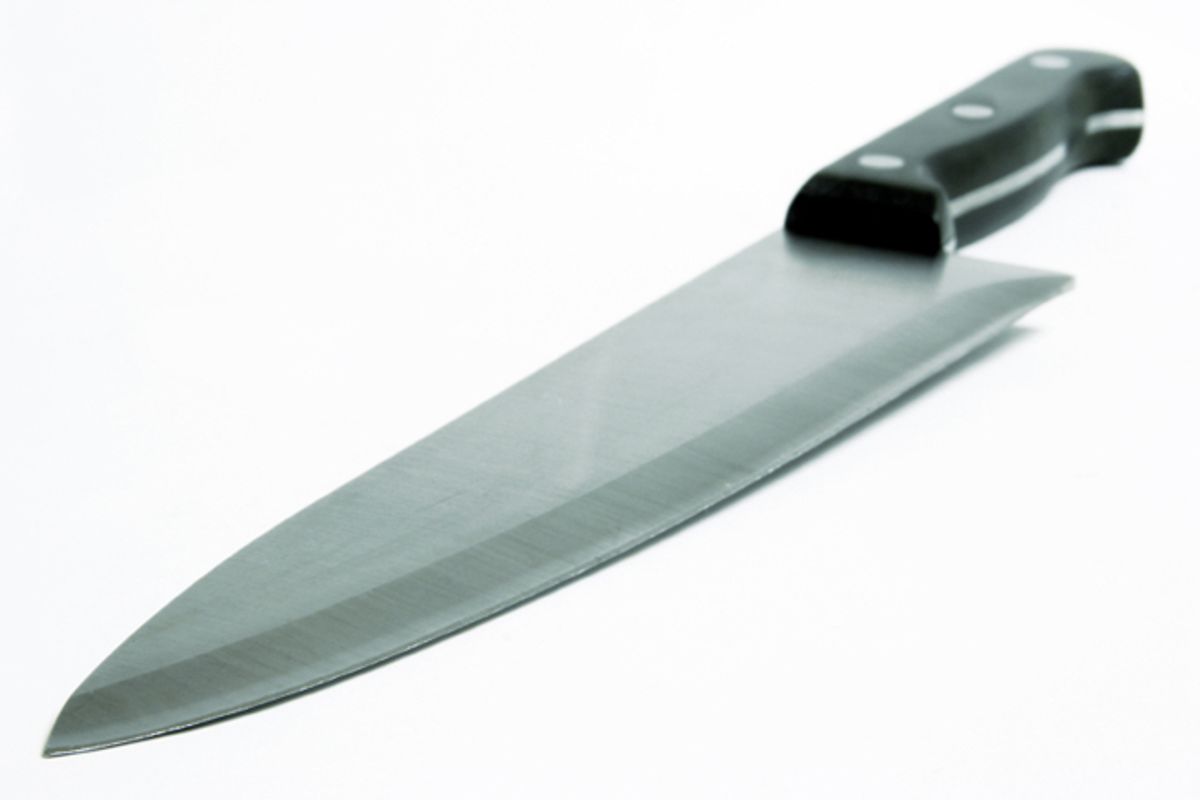 News watchers were quick to point out the two coinciding school attacks that happened Friday, in China and the U.S.: Hours before Adam Lanza began his carnage in Newtown, knife-wielding Min Yingjun went on a rampage in a central China village school. Lanza killed 28 people, including himself. Min didn’t manage to kill anyone, though he left one child with a fractured skull, and several others had to be treated for “cut off fingers and ears,” according to state news media Xinhua.

It’s probably one of the few occasions when some Americans might prefer China’s more heavy-handed rules, where private gun ownership is rare, and even sales of certain knives require permits.

But while American news media has been ablaze with stories on Newtown, Chinese mainstream media have downplayed coverage of their own domestic tragedy.

Online magazine TeaLeafNation noted that state-run China Central Television led the December 14 broadcast with news of the Newtown massacre, despite CCTV’s tradition of reporting domestic news before international news. Notes the piece: “Incredibly, days after the occurrence of the Guangshan knife attack, reporters still do not know the names of the children attacked.”

Anxious to preserve social order, Beijing has curbed reporting on such school attacks, which surged in recent years. Experts see them as evidence of the country’s rising social inequalities, as well as China’s poor institutional support for the mentally ill.

Unlike China, Americans are free to discuss these attacks on their schoolchildren, with increasing fervor since Columbine. But these have resulted in no significant changes in firearms laws. So what good is freedom of speech and a democratic system, when these rights can’t prevent the slaughter of innocents?

While working in Asia for the Wall Street Journal, I felt my job was to explain Asia to the Journal’s mostly American readers. But sometimes the boot was on the other foot: Explaining America to the Chinese. And one of the hardest things to explain to the folks in China — the nation that invented gunpowder — is why so many Americans care so passionately about owning guns. And why do they get hysterical at any hint of restrictions on gun ownership?

These were questions I found difficult to explain to my satisfaction, perhaps because I too grew up in a country with strict gun control laws, where the idea of anyone strolling into a mall or movie theater and opening fire is almost unthinkable. In Malaysia, gun permits are incredibly difficult to get, but my father had one, on the pretext that his work as a government auditor brought him to dangerous parts of the country. He had a Beretta handgun, and a shotgun, and carried the Beretta everywhere in a little man-bag with a short strap looped around his wrist (this being the 1970s). And though it was funny to think of my middle-aged father packing heat in his purse, there was nothing amusing about his apoplectic rages when his gun bag was mislaid. “I can go to prison!” he would roar.

Years later I moved to New York and met the man who would eventually become my husband. One of our first dates was the Pulitzer Prize awards luncheon in 2000. We sat at the same table as the folks from the Rocky Mountain News, who’d won their first-ever Pulitzer for their coverage of the Columbine massacre. Seven years later, my colleagues and I in China celebrated our own Pulitzer win, when news broke of the Virginia Tech massacre. Ironically, the Rocky Mountain News no longer exists, while mass-shooting incidences have flourished.

People in China regularly marvel at the ease in which guns are sold in America. Two years ago a blogger posted photos of shotguns displayed for sale in an American WalMart on website Chinasmack. It drew amazed comments like:

“Since guns are sold like this in America, is their government not afraid of social problems? Right now in Shanghai, [even] the supermarkets selling cooking knives have also locked them inside glass display cases like this.”

I doubt many in China envy Americans the right to bear arms. Most recognize introducing private gun ownership in a country with four times more people, mostly living in densely packed urban areas, would be like lighting a powder keg.

What ordinary Chinese admire about the American system is the way laws can be changed and policies altered, according to the will of the people. It doesn’t happen often, the process is tortuous, but for all that it is still comparatively speedy compared to China. In America, there is, at least, the possibility that more sane firearms regulations can be crafted in the wake of Newtown.

As one reader posted in response to Chinasmack’s guns-in-America’s-Wal-Marts story: “If [America’s] current government in power truly doesn’t follow the people’s will, in four years at most, they will have to step down and at worst there are still impeachment procedures. There is no need to use knives and guns [no need for violence], truly not worth it.”