Why is the shooter always male?

Stats don't lie. Instead of asking why America is so violent, perhaps we need to focus on one particular sex 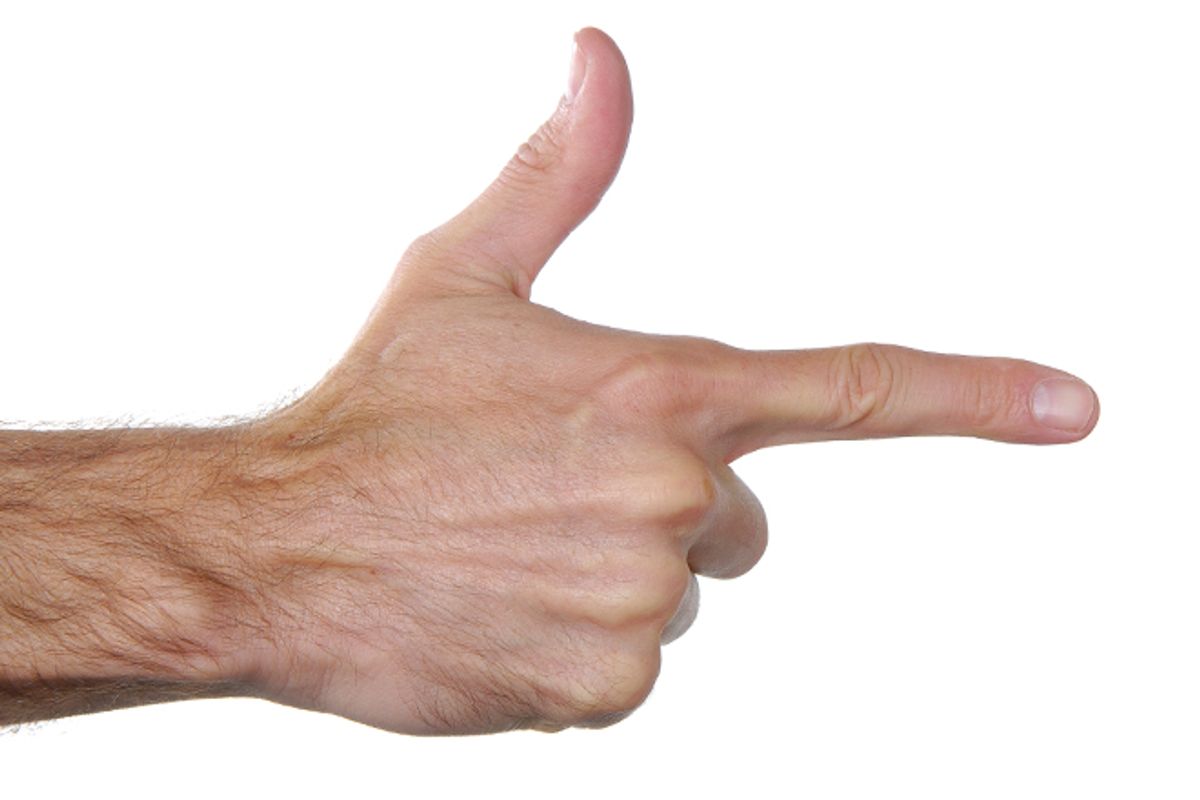 For instance, I just Googled “black on black crime,” and the very first link that came up  was to a blog post by an African-American writer, discussing the relative lack of attention the writer claimed the African-American community pays to crimes committed by black people against other black people.

The easiest way to explain what that means is to contrast it with its opposite: If I ask you to picture a police officer, what does this person look like?  I’m pretty confident that, whatever other characteristics the person may have, he is a man – just as if I ask you to picture a kindergarten teacher, you almost certainly will conjure up an image of a woman. We don’t usually notice the gender of male police officers because we expect police officers to be men: In this context, maleness is an unmarked category.

One effect of unmarked categories is that we don’t notice things that would seem both overwhelmingly obvious and socially significant if the category in question were marked. Suppose, for example, that African-Americans committed 100 percent of the mass murders and spree killings that happen in our unusually violent country.  We can be sure this fact would be considered the single most notable and important thing about such killings, and that an almost infinite number of words would be devoted to discussing the problem of “black mass murder.”

Now almost literally 100 percent of the mass murders and spree killings in America and around the world are committed by members of a very well-defined and particular social group: men.  Indeed it’s nearly impossible to find an example of a female mass murderer.  This illustrates how the likelihood that the gender of the perpetrator of an act can be predicted correlates almost precisely with how violent the act happens to be.  Men commit the large majority of violent crimes, the overwhelming majority of murders, and practically all of the most violent murders (98.2 percent of current death row inmates are men).

Yet until very recently the fact that mass murder is an essentially all-male phenomenon got almost no attention.  Ironically, we are so accustomed to the idea that violence is gendered male that we don’t even notice that it is -- unless we force ourselves to focus on something that seems so natural that it’s normally invisible to us.

As feminists have pointed out, if we define “human nature” as “what men do” we will treat male violence as merely violence, as opposed to a very gender-specific behavior.  If, when considering violence in our society, we were to turn being a man into a marked category, we would not ask questions like “why is America so violent?” but rather questions like “why are men so violent?”

Some researchers do ask that question, and they come up with a number of answers, usually featuring a mixture of biological and social explanations:  testosterone makes men more aggressive, while boys are brought up to believe that a willingness to engage in physical combat is essential to being a man, and so forth.

To the extent the latter sorts of explanations are valid, they suggest that levels of violence in general, and mass murder in particular, are culturally determined, and are related to the messages societies convey about gender identity.  Yet because men belong to a – or rather the – socially dominant group, they find it relatively easy to ignore demands (from people they dismiss as “shrill feminists”) that they take responsibility for male violence.

But all this is too academic and abstract. In the wake of yet another unspeakable crime, I suggest that we men self-consciously mark the category to which we belong, and engage in some critical self-reflection about why committing such horrors should be such quintessentially male behavior.