The 11-year-old claimed his parents wanted him to bring it in for protection after the Newtown, Conn. shootings 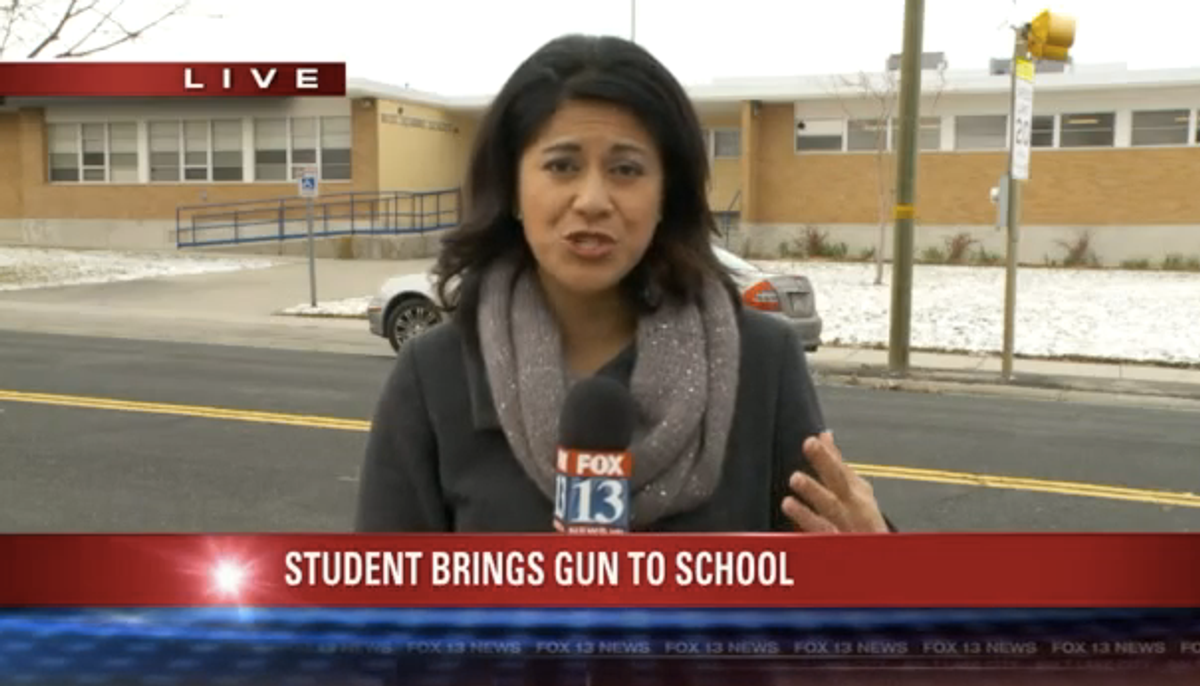 Utah Fox affiliate Fox 13 reported that yesterday, a sixth grade student brought a .22-caliber pistol to West Kearns Elementary School, claiming that his parents encouraged him to bring the gun along as protection in response to the Newtown, Conn., shootings. He reportedly showed it to one of his classmates during recess. Sixth grader Isabel Rios said, “At recess, he pointed a gun to my head and said he was going to kill me."

District officials said that they didn't know about the weapon until 3 p.m., however. “Once the teacher knew there was a weapon in the classroom, the student was apprehended in 30 to 45 seconds and immediately brought down to the office and the police were on site within five to 10 minutes,” said Granite School District spokesman Ben Horsley.

Parents were notified around 5:30, though many had learned the news from their children before then.

The student has been suspended and taken into a juvenile facility.