Americans are buying more gifts for themselves 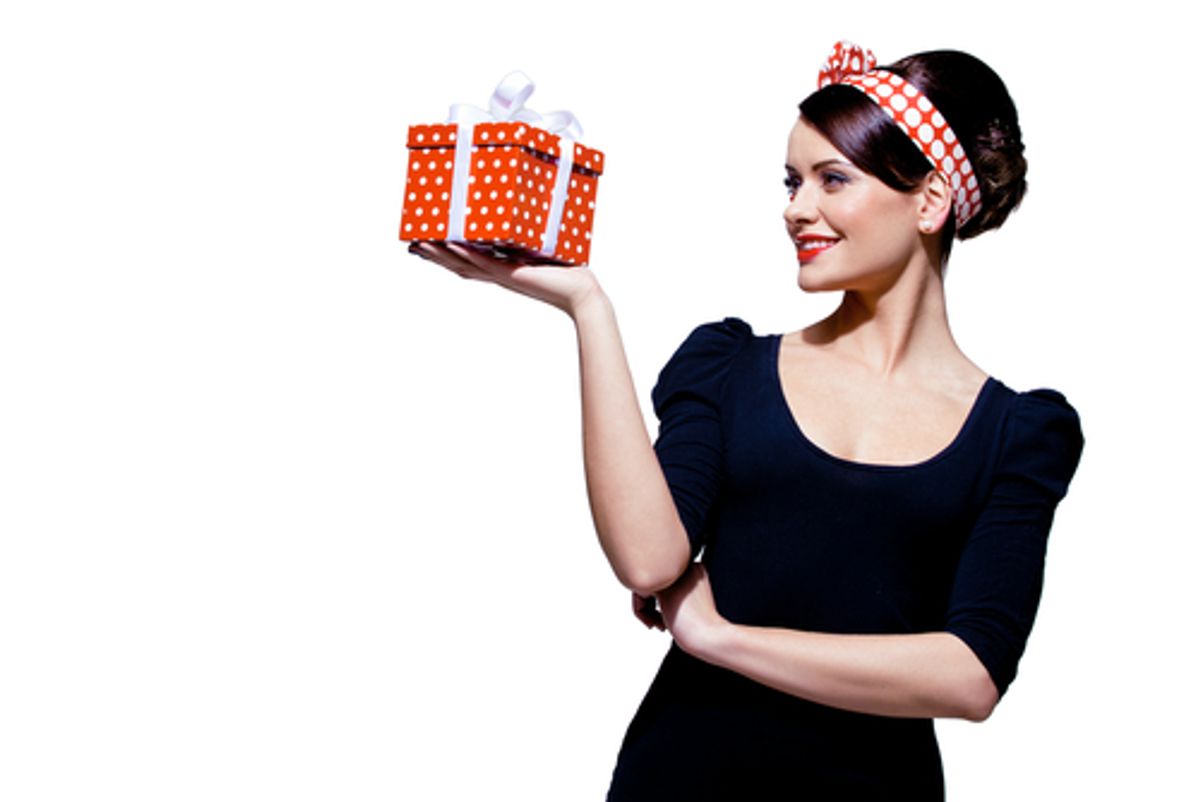 Who is that lucky person at the top of your holiday list this year? Maybe someone very familiar?

This year, self-gifting has hit an all-time high. Shoppers are rushing to sales racks and frantically loading up on everything from tablets to trendy sneakers for that very special someone known as Me.

According to the Wall Street Journal, market research company NPD has discovered that the trend is a prime driver of holiday shopping growth this year. Before the recession, the firm found that around 12 percent of shoppers said they’d purchased items for themselves during the holidays. Last year the figure was up to 19 percent for surveys that went out before Christmas. And the post-Christmas surveys showed that 26 percent of respondents had made holiday purchases for Numero Uno. This year, the figure is already up to a whopping 32 percent.

The National Retail Federation has also predicted a big jump in self-gifting. In fact, it found that 59 percent of holiday shoppers plan to spend an average of $139.92 on items not meant to be shared. Young adults, especially, have hit upon a handy formula for shopping during the season of giving: “one for you, two for me.” Promotions on electronic items and clothing have worked particularly well with this age group, even given the fact that young people typically have less to spend: 71.5 percent of Millennials who caught the big Black Friday sales got a little something for themselves.

What is going on? Are we becoming more self-oriented? Maybe not. NPD posits that the self-gifting trend could be more about hard economic times. The idea is that the trend has increased as retailers address the crappy economy by vigorously promoting Black Friday, Cyber Monday and other discount opportunities. So consumers have learned to wait to buy that new TV until the holidays roll around. Taking advantage of special deals may be more a sign of economic prudence than narcissistic extravagance.

There’s also a pervasive feeling that, damnit, we deserve it. Americans are horribly overworked compared to other nations. In the U.S., 85.8 percent of males and 66.5 percent of females work more than 40 hours per week. That’s even more than the notoriously nose-to-the-grindstone Japanese. In every industrialized country except Canada, Japan and the U.S., workers get at least 20 paid vacation days. Guess what they get in France and Finland? 30 days. A whole month off. Paid.

According to the Bureau of Labor Statistics, the productivity of American workers has jumped 400 percent since 1950. We should be working fewer hours, but we most assuredly aren’t. We’re working more. And most of us are not profiting from it, either. Americans who get paltry vacations and face stagnant wages can hardly be blamed for wanting to do something for themselves when the holidays come around. And there’s a big advantage to self-gifting: you'll get something you really want.