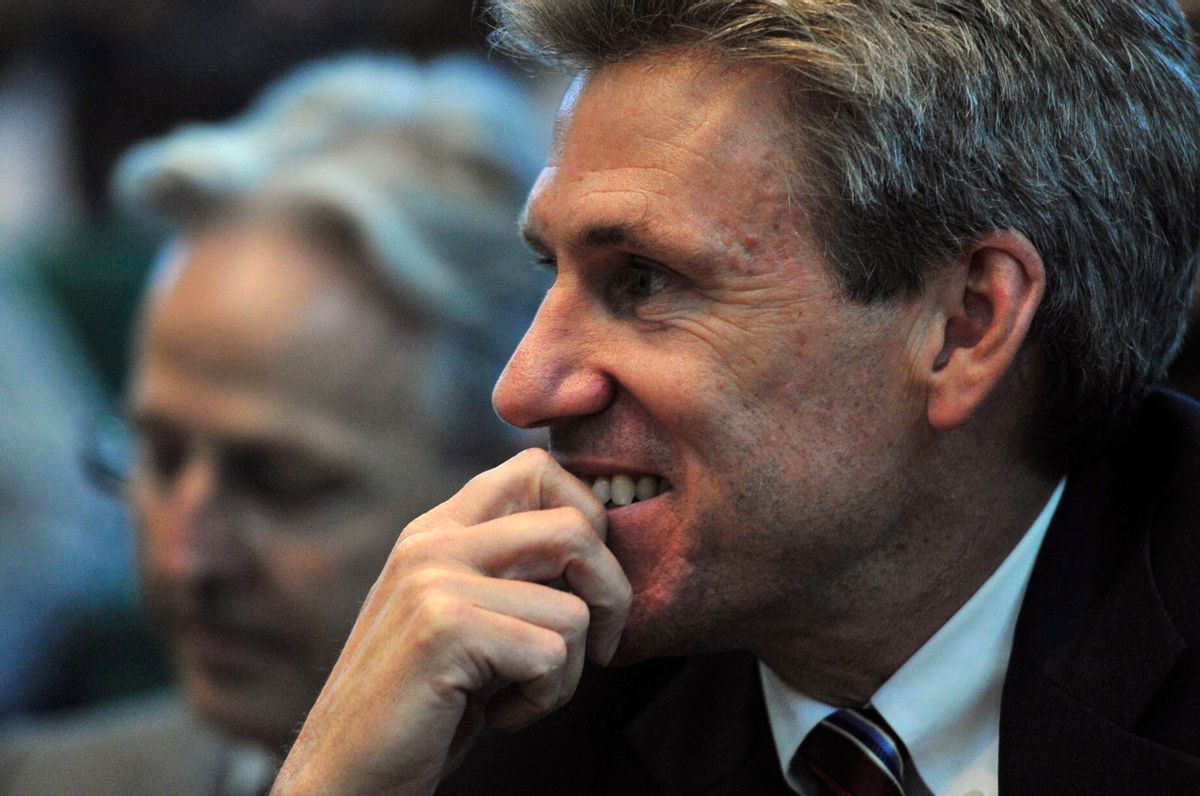 WASHINGTON (AP) — An independent panel charged with investigating the deadly Sept. 11 attack in Libya that killed a U.S. ambassador and three other Americans has concluded that systematic management and leadership failures at the State Department led to "grossly" inadequate security at the mission in Benghazi.

"Systematic failures and leadership and management deficiencies at senior levels within two bureaus of the State Department resulted in a Special Mission security posture that was inadequate for Benghazi and grossly inadequate to deal with the attack that took place," the panel said.

The report singled out the Bureau of Diplomatic Security and the Bureau of Near East Affairs for criticism, saying there appeared to be a lack of cooperation and confusion over protection at the mission in Benghazi, a city in Eastern Libya that was relatively lawless after the revolution that toppled Libyan strongman Moammar Gadhafi.

Despite those failures, the Accountability Review Board determined that no individual officials ignored or violated their duties and recommended no disciplinary action now. But it also said poor performance by senior managers should be grounds for disciplinary recommendations in the future.

The report appeared to break little new ground about the timeline of the Benghazi attack during which Libyan Ambassador Chris Stevens, information specialist Sean Smith and former Navy SEALs Glen Doherty and Tyrone Woods — who were contractors working for the CIA — were killed. Stevens' slaying was the first of a U.S. ambassador since 1988.

But it confirmed that contrary to initial accounts, there was no protest outside the consulate and said responsibility for the incident rested entirely with the terrorists who attacked the mission.

In the immediate aftermath of the attack, administration officials linked the attack to the spreading protests over an American-made, anti-Islamic film that had begun in Cairo earlier that day. Those comments came after evidence already pointed to a distinct militant attack. U.N. Ambassador Susan Rice appeared on numerous TV talk shows the Sunday after the attack and used the administration talking points linking it to the film. An ensuing brouhaha in the heat of the presidential campaign eventually led her to withdraw her name from consideration to replace Hillary Rodham Clinton as secretary of state in President Barack Obama's second term.

The review board determined that there had been no immediate, specific tactical warning of a potential attack on the 11th anniversary of Sept. 11, 2001. However, the report said there had been several worrisome incidents in the run-up to the attack that should have set off warning bells.

While criticizing State Department management in Washington along with the local militia force and contract guards that the mission depended on for protection, the report said U.S. personnel on the ground in Benghazi "performed with courage and readiness to risk their lives to protect their colleagues in a near-impossible situation."

It said the response by Diplomatic Security agents on the scene and CIA operatives at a nearby compound that later came under attack itself had been "timely and appropriate" and absolved the military from any blame. "There was simply not enough time for armed U.S. military assets to have made a difference," it said.

The report also discounted speculation that officials in Washington had refused appeals for addition help after the attack had begun.

"The Board found no evidence of any undue delays in decision making or denial of support from Washington or from the military combatant commanders," it said. To the contrary, the report said the evacuation of the dead and wounded 12 hours after the initial attack was due to "exceptional U.S. government coordination and military response" that helped save the lives of two seriously wounded Americans.

The State Department sent a classified version of the report to lawmakers on Tuesday and shortly thereafter released an unclassified version. The report made 29 recommendations to improve embassy security, particularly at high threat posts. In an accompanying letter to Congress, Clinton thanked the board for its "clear-eyed, serious look at serious systemic challenges" and said she accepted all the recommendations.

Some of those challenges were revealed in earlier congressional briefings and hearings, notably one held by the House Oversight and Government Reform Committee, when several State Department officials discussed competing demands for security and cost prohibitions.

In her letter, Clinton said the department had already begun to implement some of the recommendations. They include increasing by several hundred the number of Marine guards stationed at diplomatic missions throughout the world, relying less on local security forces for protection at embassies, consulates and other offices, and increasing hiring and deployment of highly trained Diplomatic Security agents at at-risk posts.

Members of local Libyan militias provided some security around the consulate, but in the attack it became unclear whose side they were on.

The report also called on Congress to fully fund the State Department's security initiatives, noting that budget constraints in the past had led some management officials to emphasize savings over security despite numerous requests from the Benghazi mission and embassy in Tripoli for enhanced protection.

"For many years the State Department has been engaged in a struggle to obtain the resources necessary to carry out its work with varying degrees of success," it said. This has led to efficiencies but also "had the effect of conditioning a few State Department managers to favor restricting the use of resources as a general orientation."

It said the number of Diplomatic Security staff in Benghazi before and on the day of the attack "was inadequate despite repeated requests ... for additional staffing."

"The solution requires a more serious and sustained commitment from Congress to support State Department needs, which, in total, constitute a small percentage of the full national budget and that spent for national security," it said. "Congress must do its part to meet this challenge and provide necessary resources."

Congress has denied some funding requests from the State Department for more security and the recommendations made public on Tuesday echoed similar suggestions made by the Accountability Review Boards set up in the wake of the deadly 1998 bombings of the U.S. embassies in Kenya and Tanzania.

In her letter to lawmakers, Clinton urged Congress to support the department's security requests, noting that "all of us ... have a responsibility to provide the men and women serving this country with the best possible security and support."

Retired Ambassador Thomas Pickering and a former Joint Chiefs of Staff chairman, Adm. Mike Mullen, led the independent review, studying thousands of pages of cables and other documents, hours of video and intelligence and interviewing more than 100 people, including survivors. They will testify before the House and Senate foreign affairs committees behind closed doors on Wednesday.

On Thursday, the State Department's two deputy secretaries, William Burns and Thomas Nides, will testify in open sessions before the House Foreign Affairs Committee and the Senate Foreign Relations Committee.

Clinton was to have appeared at Thursday's hearing but canceled after fainting and sustaining a concussion last week while recovering from a stomach virus that dehydrated her. Clinton is under doctors' orders to rest.

The Benghazi attack has highlighted the larger question of how U.S. diplomats and intelligence officers can do their jobs in unstable environments, as al-Qaida spreads across Africa, without also expanding their security. Diplomats have said that overreacting to the attack could produce what some are calling a "Benghazi effect" that would wall them off from the people they are supposed to be engaging.

In her letter, Clinton said, "We will never prevent every act of terrorism or achieve perfect security" but she stressed that "our diplomats cannot work in bunkers."

"We must accept a level of risk to protect this country we love and to advance our interests and values around the world," she said.