Obama pretends to be caught in Spider-Man's web 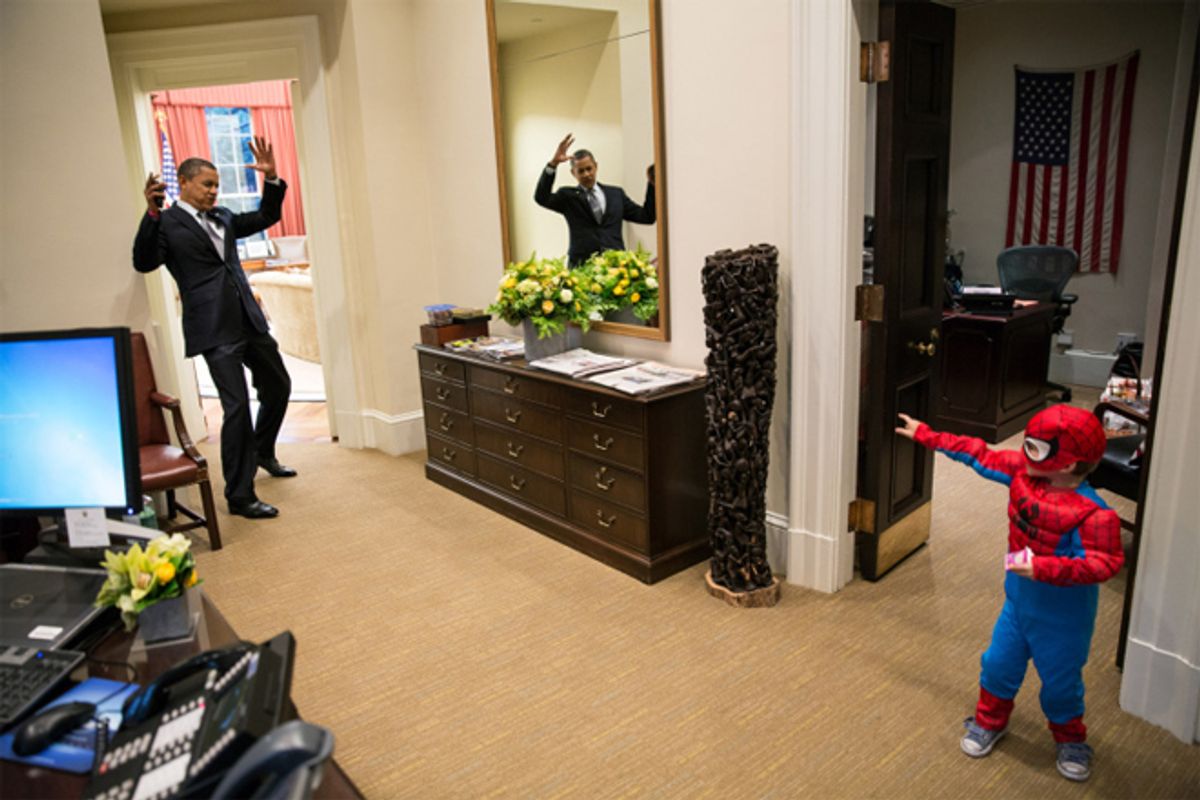 The photo was taken in the Outer Oval Office on Oct. 26, 2012. In this case, Spider-Man is a White House staffer's son.