Some say you shouldn't hook up with anyone during your first year of sobriety. I found out the hard way 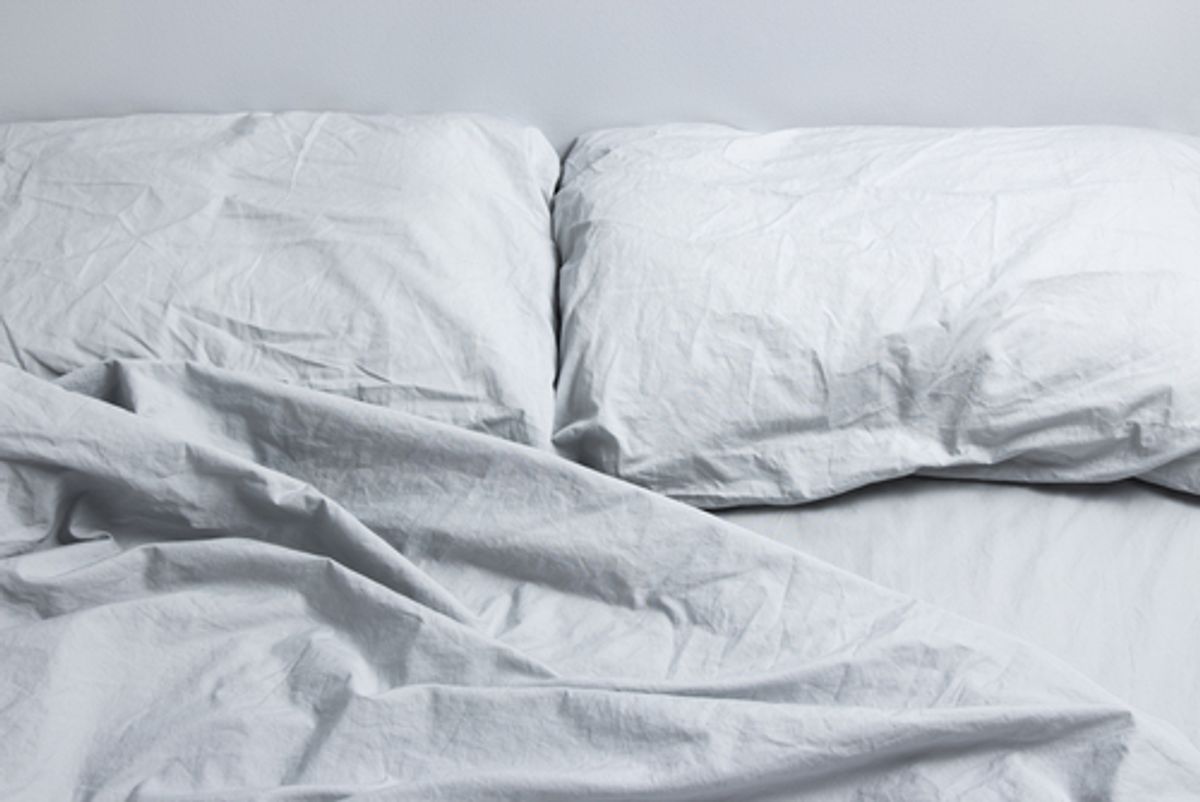 Alicia was a blonde bombshell with all the right curves and thick, lush lips. Angelina Jolie lips. One look and I had to have her. At any cost. She was the answer to all my problems. No one could convince me otherwise—not my counselor, my parents, my lawyer, my prescribing doctor.

We were residents at a strict segregated rehab in Southern California, and communication between opposite sexes was extremely limited. This made the task of seducing Alicia all the more daunting, more exciting and more intense. I was a serious drug abuser: I’d do anything for intensity.

I started by violating the “sprinkler rule,” a strictly enforced regulation that forbids men and women from holding eye contact for more than three seconds—or around the time it takes for a lawn sprinkler to pass by a patch of grass. I ignored this rule. In fact, for a few days I sat in the lounge gazing intently at Alicia until she noticed. Somehow, she received my message without being creeped out—at least not entirely. But how could I be sure? We had never spoken a word.

So how could I make real contact? Beyond the restricted communication between sexes, communication with the outside world was limited. At this facility phone use was forbidden for the first 90 days. Staff searched incoming mail for drugs. However, residents could leave with an approved sponsor to attend a 12-step meeting. Alas, an opportunity presented itself.

I wrote Alicia a lavish love note. I knew she came from Washington State, because she said so during one of her inter-group shares. Feigning a return address with a relative’s name from Washington, I hid my love note in the midst of a banal family update. I had to throw the dogs off the scent. I didn't want to get caught (the days of bolting from rehab hand in hand were yet to come.) And so I mailed the silly note to the treatment center we were residents at while I was on a "sponsor pass" at a meeting. I told her in the letter to destroy the letter after she read it. Thus was born one of the great rehab romances—which is to say one of the great rehab trainwrecks.

Weeks passed before Alicia and I were able to actually get together; it was well worth the wait. Undoubtedly, neither of us had done it in a while. Forbidden rehab sex certainly beat those boring meetings and gruesome group sessions. For a moment, my mind wasn't weighted down by my fucked-up past or the seemingly insurmountable task of getting sober.

So how did it end with Alicia? Not good. Really bad. We left treatment and went on an ugly run together. Relapse wasn't part of our plan, but it’s an eventuality in these situations. One falls and the other follows suit. I fell first. We went from hotel to motel to friend’s house to the street. It all happened fast. At one point, a housekeeper summoned the police because a hotel room was badly damaged and covered in blood spatter. Alicia had punched me in the face because I asked her to. The cops separated us for questioning. We both had the same story:

Alicia: “He asked me to punch him in the face.”

The cops conferred with each other in the corner of the busted-up hotel room, one shaking his head in disbelief, the other scratching his in confusion. Why would someone do such a thing? This was day two after our relapse. By the final day, Alicia was pushing me around in a shopping cart; I had hurt my feet from repeatedly injecting cocaine into their veins. We stole 40s and beef jerky from a market and then had sex in a dugout at a baseball field.At my next treatment center I met Danielle. She was another classic beauty like Alicia, except that she had been around the block a few times. This was evident not only through her prolific use of drugs, but also by her prodigious skills in bed. I remember gasping the first time she performed fellatio on me. I thought I’d only experience such a feeling shooting meth. And that's fitting, because Danielle and I used crystal meth during treatment together. Tweaking, we’d sit outside and smoke cigarettes and babble through the night. Shockingly, the staff didn't seem to notice that we’d go days without sleeping. Part of the rush came from beating the system, covertly hooking up with Danielle and getting high in treatment. Circumventing drug tests was an art form, and I had perfected it over the years. I was proud of it.

So how did it end with Danielle? Guess. When I met her, I had been fighting a court case for some time. I had already been sentenced and had to turn myself in within a couple months. The judge made it clear that I would be in serious trouble if I left treatment before I did my time.

I ran away from rehab with Danielle the first chance I got. Bail was revoked, and bounty hunters dispatched. They found me holed up in a motel in Pasadena. Danielle was crashed out on the bed. I remember feeling uncertain when there was a knock and I unlatched and unlocked the hotel door. Why was the room-service guy here? Had I ordered room service? I couldn't remember. The door burst open and two large men with taser guns yelled “Get on the floor!” and “Where are the drugs?” They escorted me to county lockup. I never saw Danielle again.

Eventually I met Cindy. She scored a perfect 10 on the dysfunction meter—a perfect match. It was like destiny that we met. We were two beings in a sparsely populated realm that consisted of the sickest of sick souls.

Cindy had long, jet-black hair, milky-white skin and anorexia. She liked to wear frayed jean short shorts with no underwear. She constantly gnashed a wad of fruity gum and identified sociologically with punk rock. She always asked me to wear really tight jeans. No thanks.

We consummated our “relationship” immediately and in the dirtiest ways imaginable. There were no candles or roses. We kept our murmurs to a minimum, careful not to alert the staff.

Our relationship continued in this matter for a couple months—stern, wordless lust. I became a long-term resident of the facility and was allowed to have my own room. By this point, Cindy had left treatment and would frequently visit me. Occasionally she’d sneak in and spend the night. We would pull the covers over her head if we heard staff approaching.

Eventually Cindy accused me of cheating, and then she started punching holes in my walls. She packed quite the punch. At first I was flattered, but that feeling passed. She came to me one day and told me she was pregnant. I couldn't tell whether she was telling the truth, but what did it matter? I borrowed money for an abortion and handed it to her in a wad of Kleenex.

Dopamina and I had our fun, but we never really connected. We were incapable of anything beyond carnality and co-dependency. We used each other to feel better, and consequently, we felt worse. As the saying goes, “Two sickies don't make a welly.”

I learned that nothing screams validation like a wink from a potential sex partner in early recovery. I would even settle for a couple seconds of eye contact—even a glance that stayed within the Sprinkler Rule. It puts a Band-Aid on the low self-esteem addicts experience in treatment. When active, we perpetuate the toxic spiral of addiction by using substances, generating consequences and then using more substances to mask the pain of said consequences. In treatment we are granted the opportunity to genuinely feel this pain and do something about it. When we choose to enter into a “relationship” instead, we are sustaining the toxic spiral without actually consuming chemicals. We stay sick, learn nothing and end up relapsing. At least I did.