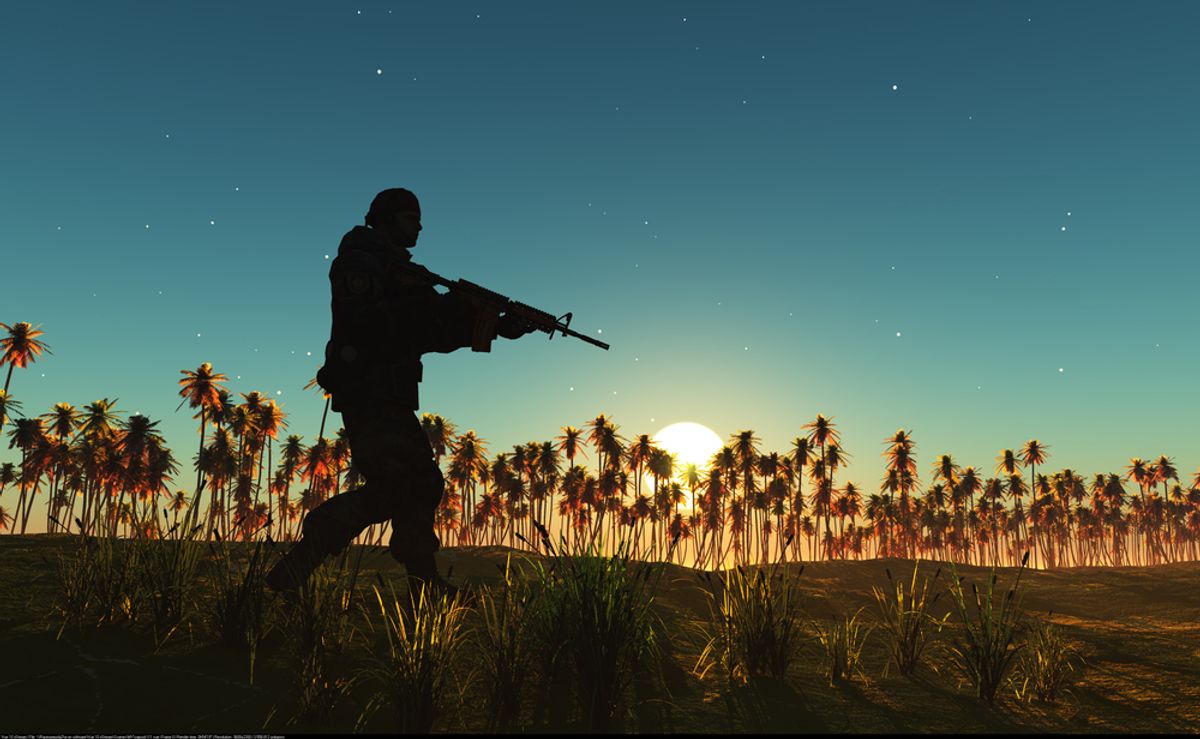 Since Friday, Hollywood has been scrambling to changes its lineups, mindful of how the tragedy in Newtown has affected Americans. But so far, the changes--rescheduling TV shows with sensitive content, canceling or delaying movie premieres-- appear more like a moment of silence from the entertainment industry than signs of serious introspection. Paramount removed a violent scene from the "Jack Reacher" trailer, but it will remain in the movie, which is still scheduled to release this week. The Weinstein Company canceled the premiere for "Django Unchained," but the grisly Western is still due out on Christmas Day.

Many have remained skeptical that the shootings at Sandy Hook would affect the entertainment industry in any meaningful way--possibly because those in the industry don't believe it should and possibly because we've heard this kind of talk after previous massacres. Martin Kaplan, director of the Norman Lear Center for the study of entertainment and society at the University of Southern California, told the New York Times, "What you hear from the industry is this: violence has always been a part of entertainment, back to Sophocles and Shakespeare and Edgar Allan Poe." The industry's logic, he explained, is this: "Why should modern entertainment deprive itself of a universal and timeless element of storytelling?"

But this morning, five days after the shooting, President Obama hinted at possible long-term changes when he announced that vice president Joe Biden will head a new task force in charge of curbing gun violence in America and examine "a culture that too often glorifies guns and violence."

The comment has reignited an age-old debate among politicians about the entertainment industry's role in promoting violence--though so far, it's being aimed almost entirely at video games, as some claim that Newtown shooter Adam Lanza played Call of Duty and Starcraft before the shootings.

"The violence in the entertainment culture — particularly, with the extraordinary realism to video games, movies now, et cetera — does cause vulnerable young men to be more violent," said Sen. Joe Lieberman, I-Conn.

NRA-friendly Sen. Joe Manchin D.-W.V.,who is so far "not supporting a ban on anything," said "Look at Grand Theft Auto, put out by Rockstar Games in New York City and see what it promotes.” He later added, “Shouldn’t that be looked into and maybe be banned?"

Colorado Governor John Hickenlooper noted, "There might well be some direct connection between people who have some mental instability and when they go over the edge — they transport themselves, they become part of one of those video games."

The link between video game and actual violence, however, remains unclear. As the AP notes, "It's unlikely that lawmakers will pursue legislation to regulate the sales of video games; such efforts were rejected again and again in a series of court cases over the last decade." Senate Commerce Committee Chairman Jay Rockefeller, however, intends to change that. Rockefeller has introduced a bill that would require the National Academy of Sciences to investigate whether a measurable link between “violent programming” in video games and violent behavior exists, arguing that "we need to do more and explore ways Congress can lay additional groundwork on this issue."

For now, however, immediate change in the entertainment industry might come from consumers themselves. CNN notes that some of its readers are opting not to buy violent video games for their children. One reader acknowledged that for most people, video games don't have a profound effect. But "for the mentally unstable, these fantasy scenarios are fueling the violence, and being re-enacted in real life."