The latest war on single moms

The U.S. is behind the world on support to single parents and their kids, and "Plan B" would make it worse 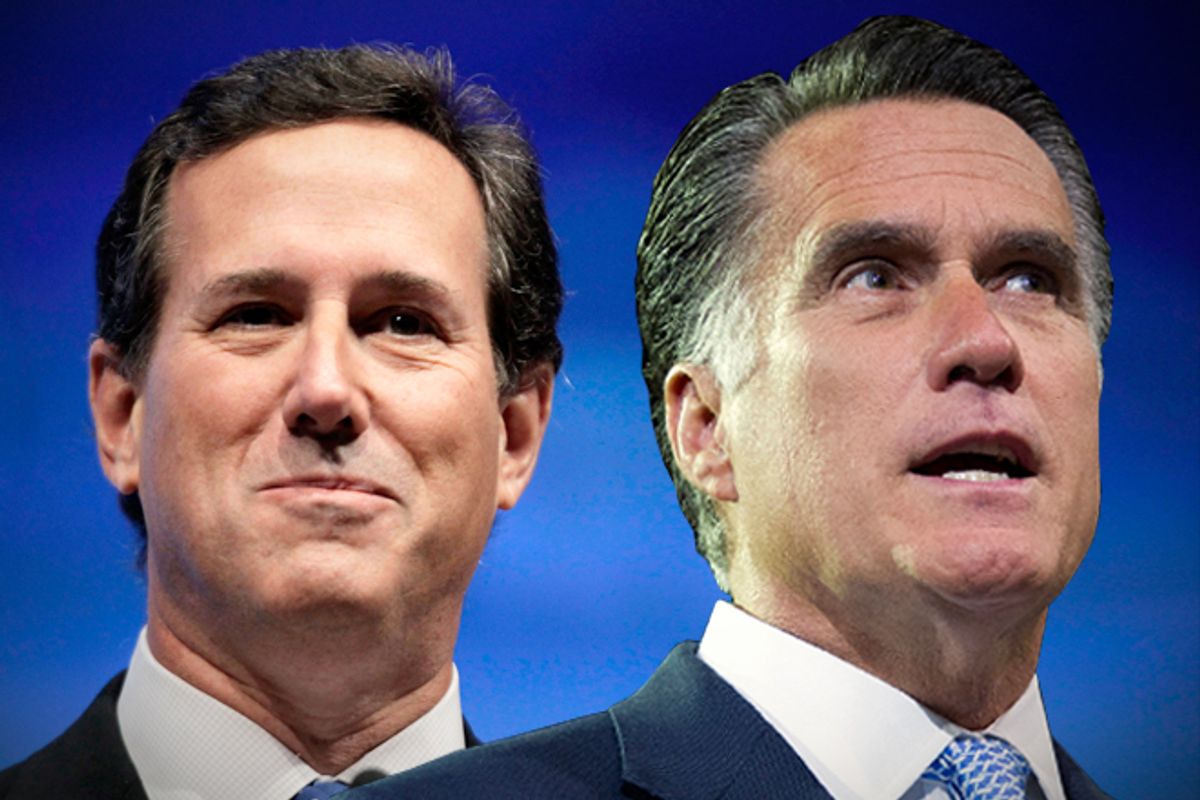 The United States offers the worst support structure for single parents among all comparable countries -- and if anything like House Speaker John Boehner’s Plan B carries the day, it’s about to get worse.

Republicans used to love the earned income tax credit and the child tax credit, because they incentivized paid labor and used the tax code instead of cash assistance or programs to help low-income parents, most visibly single mothers. But that was before the cry against the 47 percent, a substantial portion of whom didn’t pay taxes because of such credits.

In the Washington Post, Jamelle Bouie points to an analysis by the Center on Budget and Policy Priorities showing that the two tax credits for low-income families will be slashed under Plan B: “A mother with two children who works full time at the minimum wage of $7.25 and earns $14,500 a year would lose $1,560 of her Child Tax Credit, which would plummet from $1,725 to $165.”

This comes, of course, a few months after the party’s nominee answered a question about gun violence by complaining about single mothers, and about a year after the supposed intellectual force of the party, Newt Gingrich, offered the following plan for reducing child poverty: employing young children as janitors at school. For a substantial amount of time in between, the leading candidate among Republican primary voters, Rick Santorum, was the guy who, as a Senate candidate in 1994, had suggested forced paternity tests for welfare recipients and said single mothers were “breeding criminals.” He added then, "We are seeing it. We are seeing the fabric of this country fall apart, and it's falling apart because of single moms."

It's excellent timing, then, for Legal Momentum to release a comprehensive report comparing the U.S.' policies on single-parent families (which most often means single mothers) and their children, with those of other countries. Republicans love to talk about the negative outcomes documented among such children, but their proposed solution tends to be rhetoric about how women should just get married or -- more recently -- trying to cut the scant benefits that are keeping the poorest of these families afloat, from Head Start to food stamps to the aforementioned tax credits.

This is usually when someone brings up Sweden. But it’s not just Sweden: The comparison countries include Australia, Austria, Belgium, Canada, Denmark, Finland, France, Germany, Ireland, Italy, the Netherlands, Norway, Spain, Sweden, Switzerland and the United Kingdom. When put in this relatively diverse and similarly wealthy company, the authors write, “We find that U.S. single-parent families are the worst off. They have the highest poverty rate. They have the highest rate of no health care coverage. They face the stingiest income support system. They lack the paid-time-off-from-work entitlements that in comparison countries make it easier for single parents to balance caregiving and job holding. They must wait longer than single parents in comparison countries for early childhood education to begin. They have a low rate of child support receipt.”

Partly as a result of “welfare reform” policies, they note, “U.S. single parents have both above average employment rates,” including, often, full-time and year-round work, “and above average poverty rates.” How does that happen? Single mothers pushed into the workforce disproportionately end up in low-wage jobs, and a diminishing pool of them at that. (Over 80 percent of single parents in the U.S. are single mothers, less than half of whom have never been married.) The recession’s lasting impacts have meant a decline in employment rates for single mothers -- from 73 percent in 2007 to 66 percent in 2011 -- even as the last remaining benefits are being haggled down in Congress. Single mothers also tend to make substantially less than single or married men with the same education, thanks to discrimination, occupational segregation and the historic devaluing of jobs women tend to do.

The study takes a broad view of government policies affecting the most vulnerable families: It's about affordable daycare and paid family leave, but it's also about access to health insurance, subsidized or free early education for 3- to 5-year-olds, and child allowance program, payments many countries adopted to encourage fertility, something conservatives supposedly want too. (The earned income tax credit and additional child tax credit were meant to have a similar impact, but those were different days.)

Getting fathers to step up is increasingly popular to talk about in the U.S., but when that doesn't happen, this country is not among several countries offering "advanced maintenance programs," in which the government guarantees child support payments, up to a point, and then tries to collect from the deadbeat parent.

These are all concrete ways that other countries are protecting low-income families, including children who might be trapped in a cycle of poverty -- but they cost a lot more than demonizing single mothers.