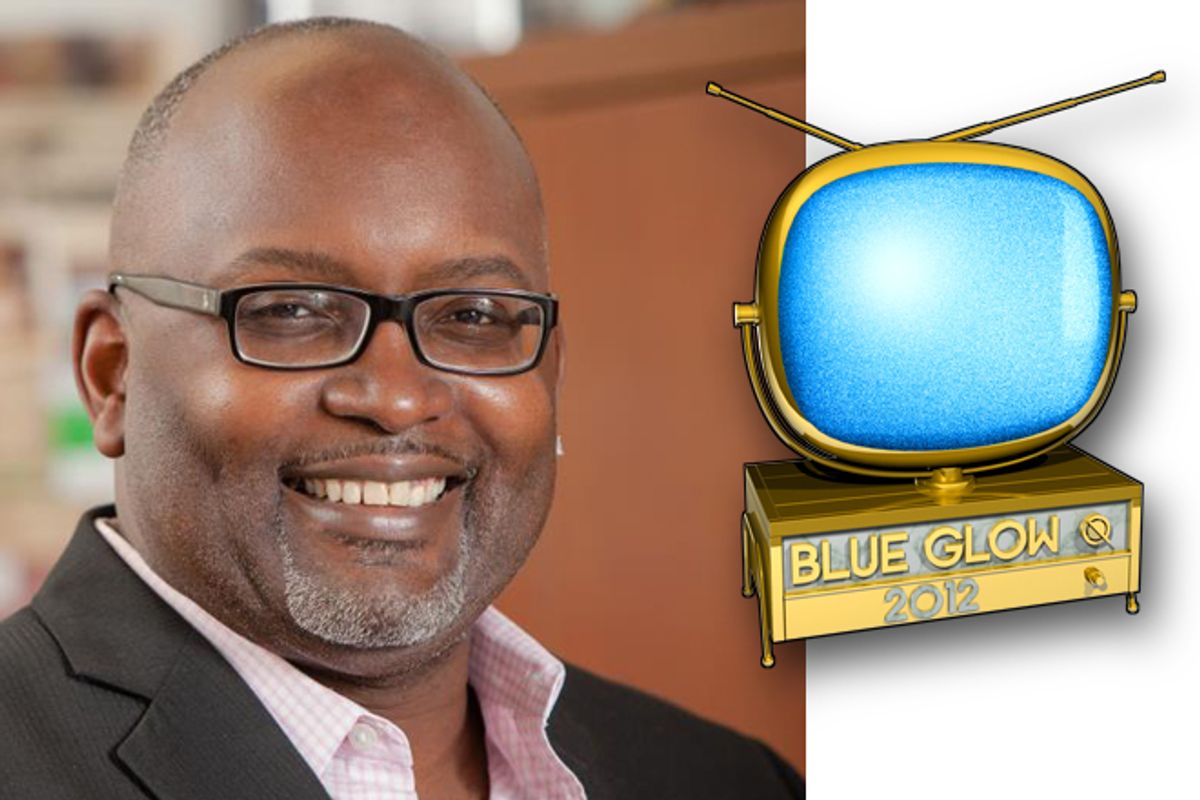 Eric Deggans is the TV and media critic at the Tampa Bay Times. He is the author of "Race Baiter: How the Media Wields Dangerous Words to Divide a Nation."

1. What was the show of the year? AMC's "Walking Dead." This is a show that once and for all burst the bubble of the broadcast networks, which have complained to any critic who will listen that they can't be as adventurous or challenging as cable because they have to draw bigger audiences. Harsh, explicit and uncompromising in its third season, AMC's zombie adventure still drew more 18-to-49 viewers than any other show this fall. What's broadcast's excuse now for giving us such lame crap?

2. What was the best scene? When "Breaking Bad's" dogged DEA agent Hank Schrader sits on the toilet in his brother-in-law's modest home, fishes for reading material and picks up a book with an inscription written by a dead meth cook proving his nerdy host is the biggest drug dealer in the Southwestern U.S. As creator Vince Gilligan first said, a truly "oh, shit" moment.

3. Best performance of the year? Leading lady Claire Danes gets all the showy scenes as bipolar CIA agent Carrie Mathison. But British actor Damian Lewis has amassed an amazing pileup of great moments as a POW-turned-terrorist agent-turned-informer, lying to his wife, kids, congressional constituents, terrorist handlers and the CIA — sometimes within moments of each other.

4. What was the funniest joke or line? It's not a line or joke, but Louis C.K.'s monologue in which his character asks out a beautiful, smart bookstore clerk played by Parker Posey is brilliant in how it veers from comedy to pathos and allows Louie to ask a woman out by essentially throwing himself on her mercy. "Please don't answer yet," he says, moments into his plea, "because I know you might have a 'no' cued up in your head already ... I know that being a woman in New York must be hard because it’s basically disappointing ... You try to be nice to men as human beings, and then they respond just by torpedoing toward your vagina. I want you to know that I'm aware that you're young and beautiful and I'm not either of those things and part of me knows as soon as my lips stop moving you're gonna say no ... I grow on people, women. Some time goes by, you get past the bald head and I sweat a lot and I’m lumpy.” After all that, when she says yes, we're as surprised as he is.

5. Which series best evoked life in 2012? Tempted as I am to say the presidential election itself (or the debates), I'm gonna slide toward cynicism and say TLC's unreality show about "Here Comes Honey Boo Boo." It's exploitative, demeaning, filled with stereotypes and literally encourages a child to act out in ways she is likely to regret later in life. It feels like a troubling allegory for too much in television and life; guilty, damaging pleasures we pretend have higher meaning, but are often just an outlet for our worst impulses (told you it was cynical).

6. And the personality of the year goes to … In an election year, this title goes to "Daily Show" host Jon Stewart, hands down, for repeatedly exposing the hypocrisy and danger from too much of what passes for political dialogue and journalism in America. His reprimand of Fox News pundits Bill O'Reilly and Bernard Goldberg for lamenting the end of traditional America — which folks at the turn of the previous century felt didn't include Jewish people or Irish people — was just one of many priceless, spot-on social critiques.