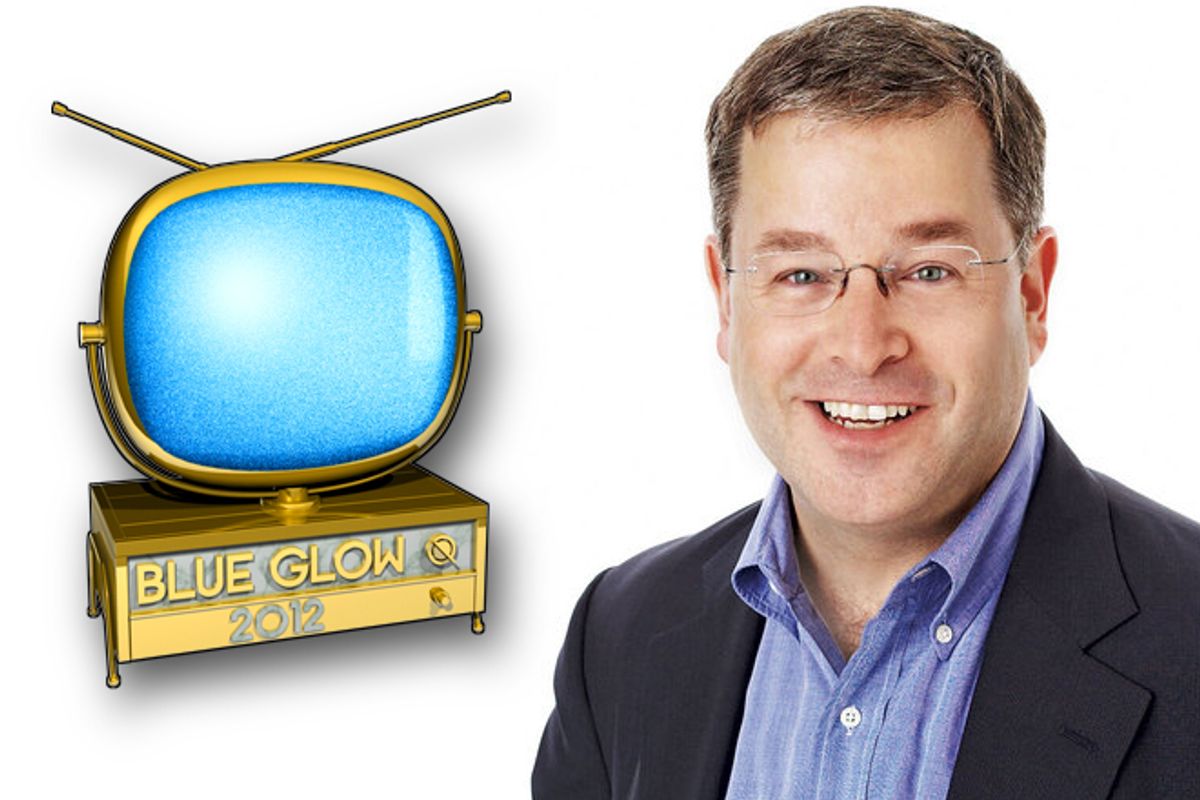 Matt Roush is the critic at TV Guide.

1. "Homeland" (Showtime). For the thrills, for Carrie and Brody, and because suspension of disbelief is my favorite underrated pastime.
2. "Downton Abbey" (PBS). For the pure pleasure; I never want it to end.
3. "The Walking Dead" (AMC). For the sheer terror; it's the true American horror story.
4. "Mad Men" (AMC). For its depth, breadth and the satisfaction that comes from great, absorbing adult storytelling.
5. "Louie" (FX). For the rich humanity under the cloud of melancholy.

1. What was the show of the year? "Homeland." This is my No. 1 show two years running, topping itself by going over the top: a fearless crackerjack thriller that's also the year's most twisted but engrossing love story.

2. What was the best scene? From "The Walking Dead," Lori's shattering death (regardless of how the haters felt about her): first in childbirth by primitive emergency Caesarean, followed by her postmortem execution by old-before-his-time son Carl, followed by Rick's collapse upon discovering the news. At its best, "The Walking Dead" goes beyond the conventions of horror to confront the most unimaginable of terrors.

3. Best performance of the year? Monica Potter in "Parenthood," singled out in part because I never expected to be singling her out. She transcends disease-of-the-week clichés in her unfussy portrayal of a weary, frightened but resilient supermom fighting cancer, though never alone (Peter Krause is matching her scene for wrenching scene).

4. What was the funniest joke or line? Walton Goggins' surprise cameo as transgender hottie-for-hire Venus Van Dam on "Sons of Anarchy." So unexpected, so welcome a release of tension (came shortly after the brutal death of Opie), such a riot as Goggins wields a mighty whip and sashays his/her way into the motorcycle club's hearts and minds (especially Tig's).

5. Which series best evoked life in 2012? ABC's "The Middle." This perennially underappreciated gem of a family comedy reflects middle-class life — the hot-button demographic of the election season — with a relevance (including unemployment this season), resonance and forlorn wit we haven't seen since the glory days of "Roseanne."

6. And personality of the year goes to …   Jon Stewart. How could we get through an election year, or any year, without him? As long as there are Bullshit Mountains, we need this most brilliantly funny excavator of political hypocrisy and media mendacity.