The best shows rated by the best critics 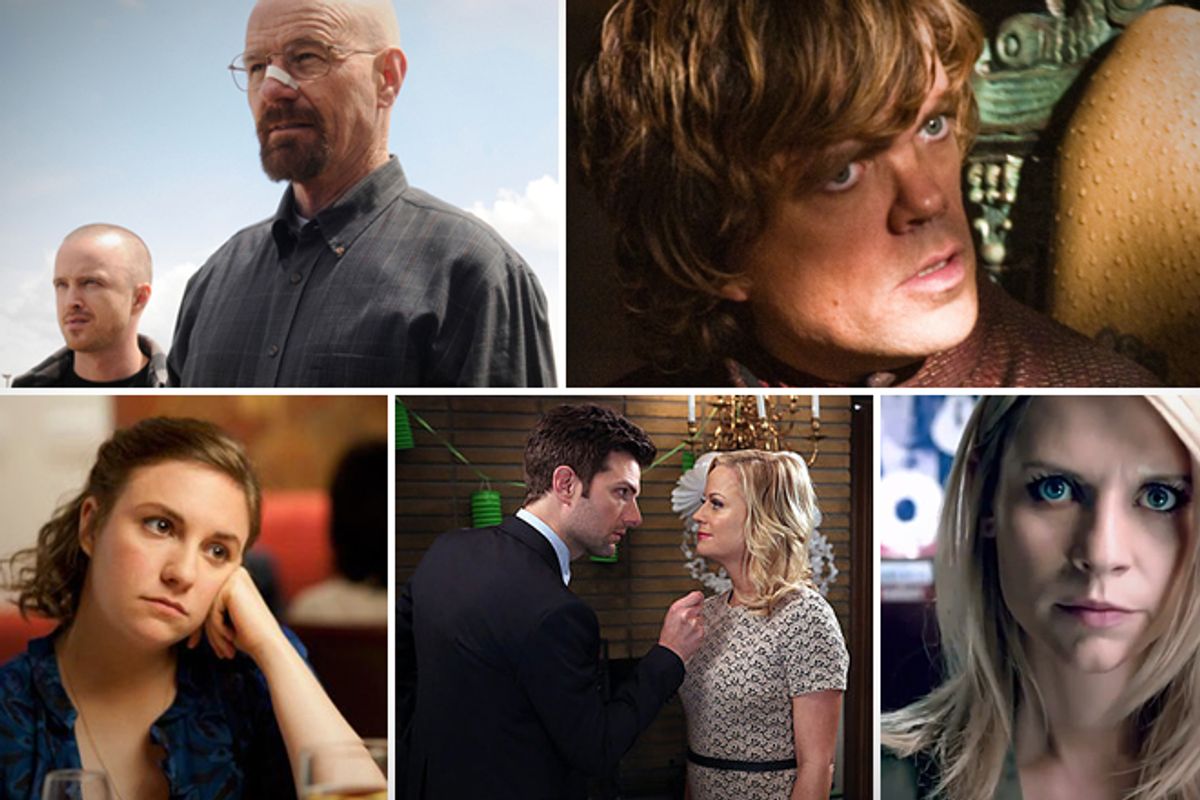 This year, we launched our first annual Blue Glow TV Awards. We assembled a panel of judges by cherry-picking among our favorite critics in print and online, and then we asked them to rank their top five favorite shows of 2012. We assigned 10 points to the No. 1 choice, 9 to No. 2, et cetera. For those judges who offered 10 selections, because they had a lot of love to give: We just took the top 5 from their lists. For the two voters who could not choose favorites and opted out of ranking altogether, we assigned 5 points to each of their selections. From the results, we compiled this definitive list of the 10 best shows of 2012. Note: "The Walking Dead" and "Game of Thrones" are tied. 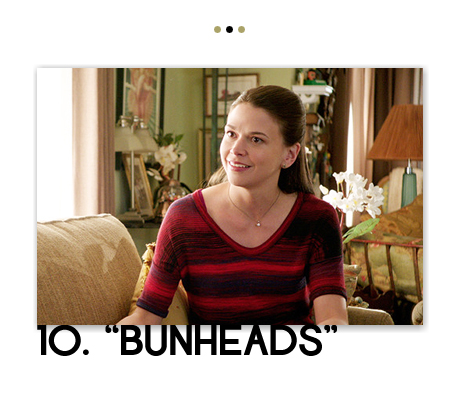 (ABC Family): 11 points
"'Bunheads' flouts nearly every 'rule' of good drama: It's set in an extremely low-stakes environment where everyone talks like a Broadway devotee on speed and goes on about mostly nothing much. There's no moody antihero, just a dynamic, bantering Vegas dancer and her teenage charges chattering in a sleepy California town. And yet it has coalesced into something funny, sweet, moving, substantial and original about the necessity and difficulty of change." — Willa Paskin, Salon 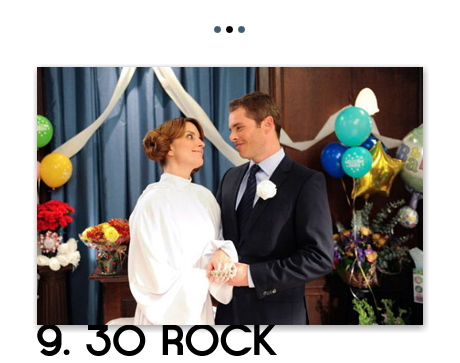 (NBC): 18 points
"'30 Rock' has had a wonderful comeback year, and part of that has stemmed from having its finger firmly on the pulse of who we are right now." — Emily VanDerWerff, AV Club 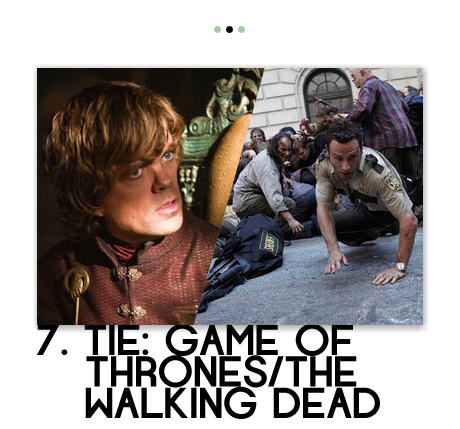 (HBO): 24 points
ThinkProgress' Alyssa Rosenberg says of "Game of Thrones": "No show is producing a greater number of tremendously impressive performances, covering more territory, or having more fun with itself."
(AMC): 24 points
The Awl's Heather Havrilesky says of "The Walking Dead": "It's hard not to encounter the around-the-clock slaughtering of repugnant, brain-dead beasts as an accurate metaphor for navigating an election year." 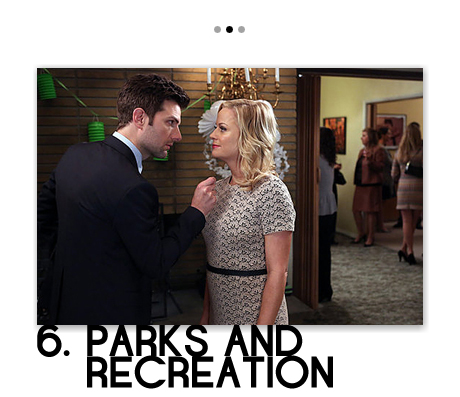 (NBC): 37 points
"What Amy Poehler does, week in and week out, is just amazing to me. Anything they need her to do, she does. Be insane (and insanely funny)? Easy. Be the perfect straight woman? On it. Make me cry like she's a character on 'Parenthood'? Done. It's not just that she can do so many things, but that she's so great at all of them. It would be a waste of half her skill set, but I could imagine a universe where she transitions into a 'Lou Grant'-style 'Parks and Rec' spinoff drama where Leslie gets a very low-level position in Washington; she could absolutely carry that." — Alan Sepinwall, HitFix 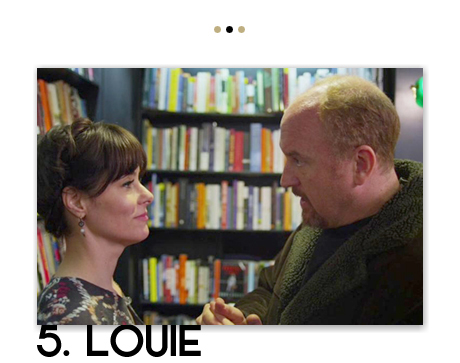 (FX): 55 points
"Louis C.K.'s monologue in which his character asks out a beautiful, smart bookstore clerk played by Parker Posey is brilliant in how it veers from comedy to pathos and allows Louie to ask a woman out by essentially throwing himself on her mercy … After all that, when she says yes, we're as surprised as he is." — Eric Deggans, Tampa Bay Times 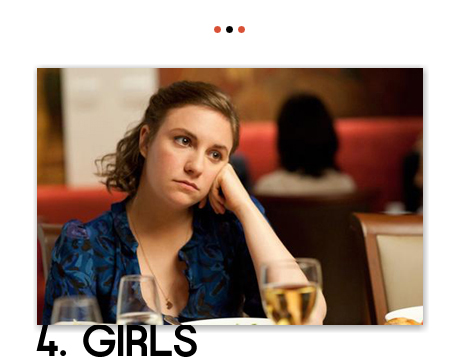 (HBO): 62 points
"Great TV is about voice above all, and not only does Lena Dunham have it to spare, she found a way to translate it into a brutally funny, messy, moving treatment of a comedy antiheroine." — James Poniewozik, Time magazine 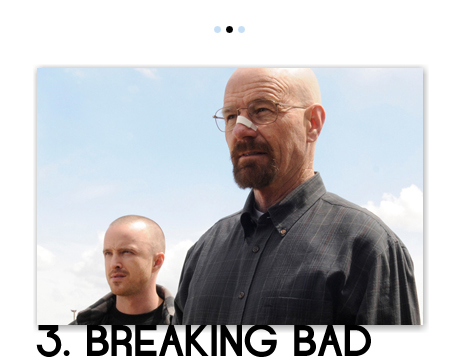 (AMC): 86 points
"No series has ever snatched a character away from an audience that loved him and then made that character so irredeemable. None." — Tim Goodman, Hollywood Reporter 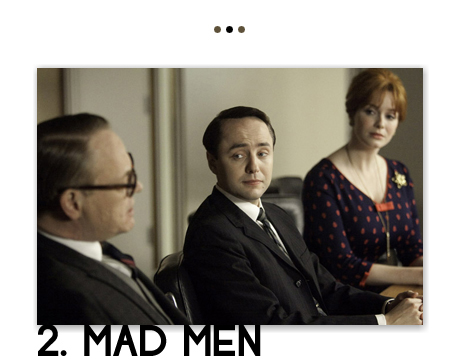 (AMC): 94 points
"It's not the newest of cable's sexy prestige dramas, it's no longer the flashiest and certainly it has the fewest disembowelments per season (unless you count what life did to Lane Pryce). But it remains the best thing on television: smarter, deeper, sadder, weirder than any of its competitors … The only thing more depressing than watching Don Draper lose his swag and misunderstand the Beatles is the realization that there are only two more seasons left to see him do it. When Megan walked out of the office, the elevator at Sterling Cooper Draper Pryce was briefly replaced by a bottomless pit. The meaning was clear: Everybody's going down." — Andy Greenwald, Grantland 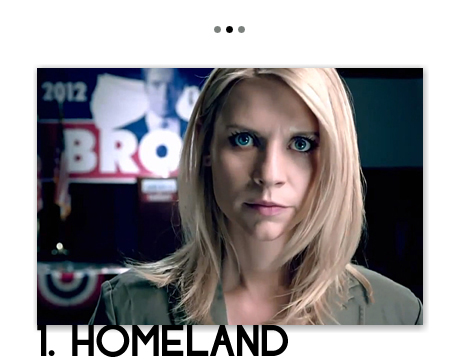 (Showtime): 97 points
"Season 2 even more harrowing, far more romantic, a tad more frustrating than Season 1; not for a second do I doubt it was the most intriguing drama of the year." — Ken Tucker, Entertainment Weekly