How much did Sheldon Adelson spend on the 2012 election?

We may never know the exact figure, but it's a safe bet that he spent more than he originally pledged to beat Obama 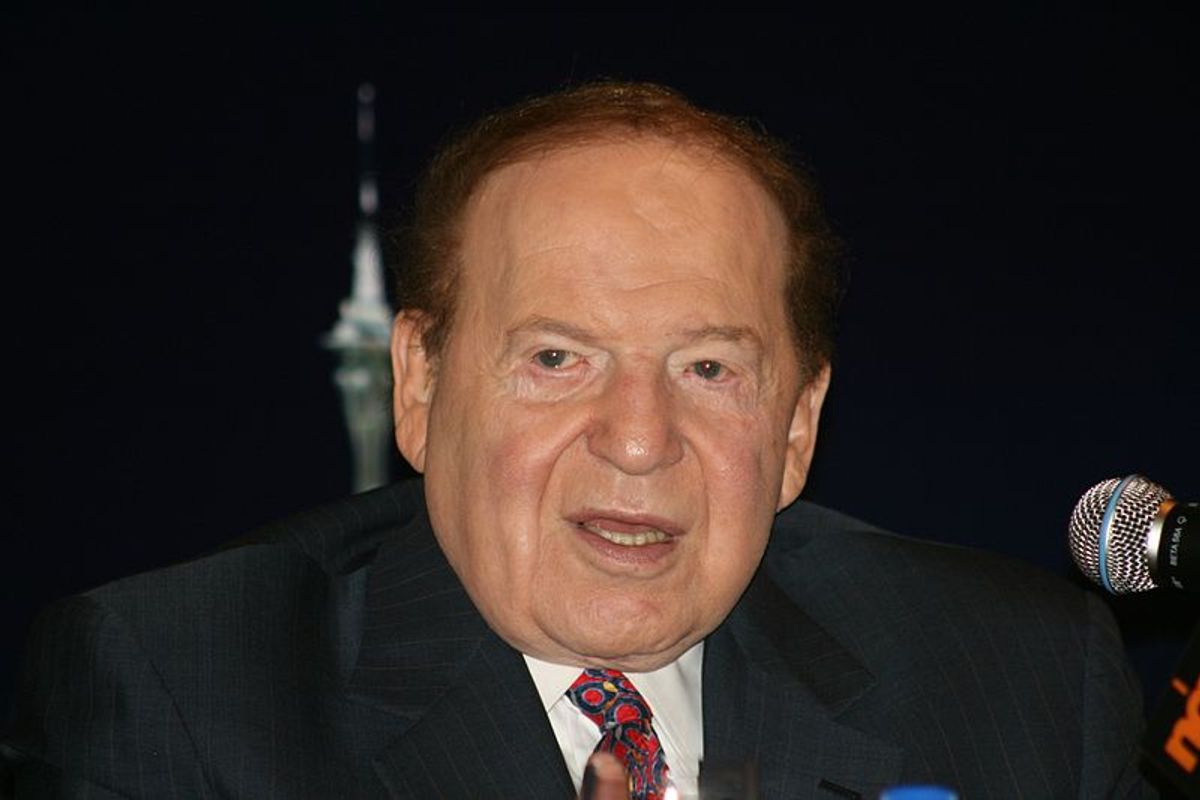 Exactly how much, you ask?

We don't really know, and it's likely we never will. Many of the groups that spent the most on the election aren't required to report their donors. But thanks to recent campaign finance filings, we can get a better idea.

We dug through Federal Election Commission and Internal Revenue Service records and found that Adelson and his wife, Miriam, spent at least $98 million this election cycle. The money went to at least 34 different candidates and groups, with contributions ranging from $2,000 for a Florida congressional candidate to $30 million for Restore Our Future, the super PAC that supported Mitt Romney.

Adelson also gave $20 million to Winning Our Future, a super PAC backing Newt Gingrich; $23 million to American Crossroads, a conservative super PAC; and $5 million each to the Congressional Leadership Fund and the YG Action Fund, both of which supported Republican candidates for Congress.

One of the more puzzling contributions was a $1 million check Adelson wrote in October. The money went to Hardworking Americans, a super PAC that attacked Sen. Debbie Stabenow, a Michigan Democrat who had a big lead in the polls and was re-elected three weeks later by a 21-point margin.

A spokesman for Adelson's company, Las Vegas Sands, did not respond to a request for comment.

The $98 million figure matches up with the $100 million that Adelson, who is worth a reported $21 billion, had vowed to spend to defeat President Obama. But it doesn't include the checks he wrote to "dark-money" groups — organizations that don't have to disclose their donors, making their spending harder to track. These groups have proliferated since the Supreme Court's 2010 decision in Citizens United v. Federal Election Commission, which opened the door to unlimited corporate and union giving.

The Huffington Post recently reported that Adelson's total spending may have approached $150 million.

Two anonymous Republican fundraisers told the Huffington Post that Adelson had given between $30 and $40 million to Crossroads GPS, the dark-money group founded by Karl Rove, and at least $15 million to groups affiliated with Charles and David Koch, the billionaire industrialist brothers. Adelson also gave millions to the U.S. Chamber of Commerce and the Republican Jewish Coalition, the fundraisers said.

If accurate, those numbers would place Adelson's total spending on the election at around $155 million.