Investor: “Everyone I know who has a kid under 10 has a tablet in the house. And that tablet is the babysitter,” 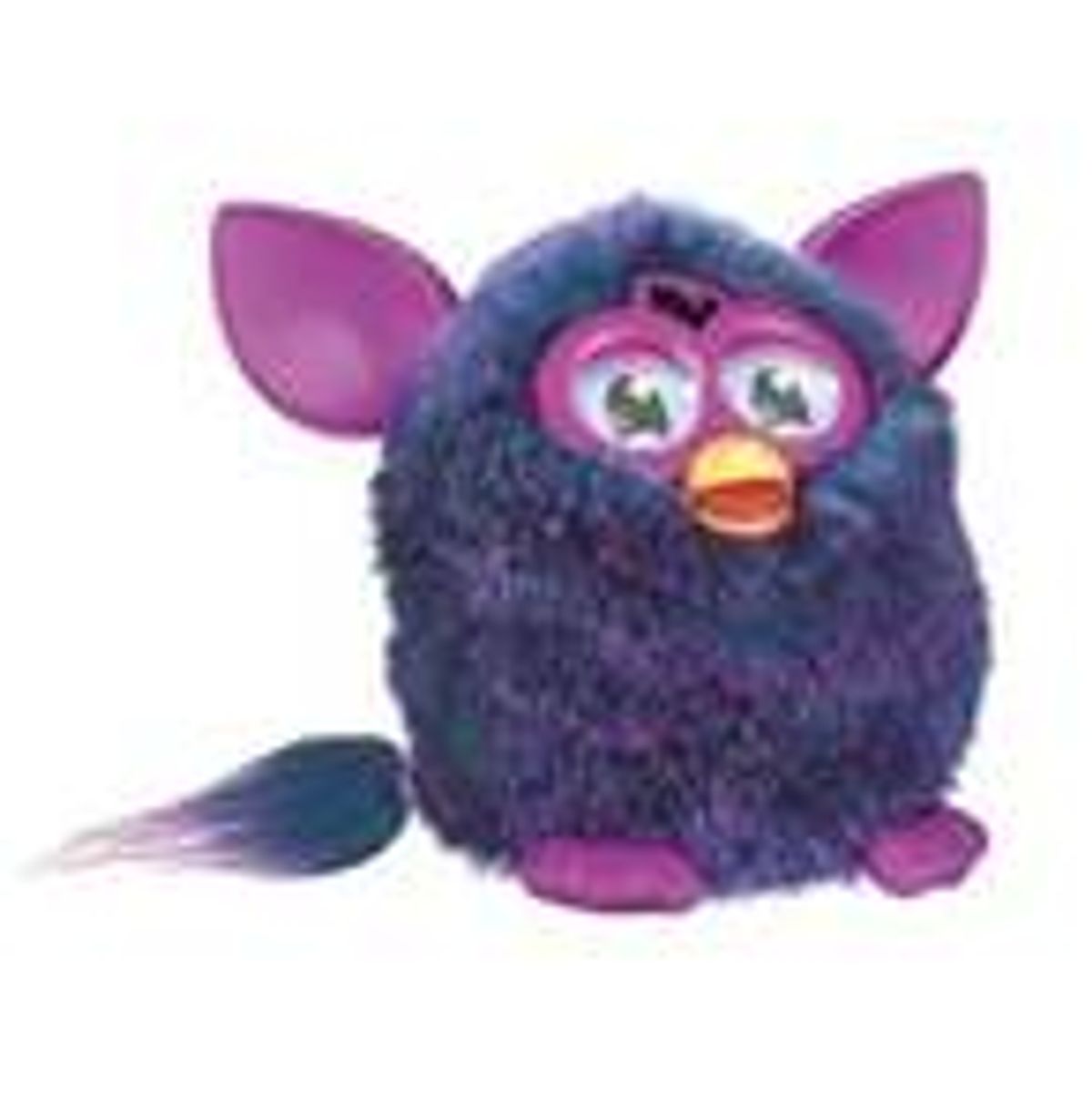 A furby toy (Via WIkipedia)
--

Children have played with dolls for millenia. It was a good run.

Mattel is the maker of Barbie and Hot Wheels, but this year its top selling toy is a plastic cell phone case, according to the Financial Times (subscription required):

Whether a new Kindle Fire, or a hand-me-down iPad, analysts predict 2012 will be the year children as young as three-years-old will unwrap tablets at trendsetting rates. And that has the traditional toy companies scrambling to stay relevant.

“The top two guys, Mattel and Hasbro, they are terrified,” said Sean McGowan, managing director of equity research at Needham & Company, an investment banking firm. “They should be terrified, but the official party line is they’re not terrified.”

Toymakers have long been aware of creeping digitization of playtime and the annoying acronym KGOY ("Kids getting older younger") But they may have been slow to realize that personal technology might pose an existential threat to more analog toys. They're trying to adapt:

This Christmas, [Hasbro] has high hopes for the reinvention of its popular 1990s plush toy, Furby. The new interactive version comes with a free mobile app that kids can use to feed Furby, and translate the things it says in “Furbish” to English. The toy is also built with artificial intelligence, so its behaviour changes depending on how it is treated, whether its tail is pulled or it is tickled.

But even if this updated "hamster/owl creature" performs well this year it seems unlikely that toymakers will be able to get away with this kind of retread five years from now. “Everyone I know who has a kid under 10 has a tablet in the house," a toy investor told the FT. "And that tablet is the babysitter.”

In our technology saturated age, children are developing an entirely different relationship to the physical world. This has implications that extend far beyond Christmas toy  sales figures to obesity and maybe even evolution. We don't understand what will happen, but at least we have this cute viral video of a child frustrated with her maddeningly low-tech iPad (it's what you'd call a magazine):