What To Read Awards: Lev Grossman 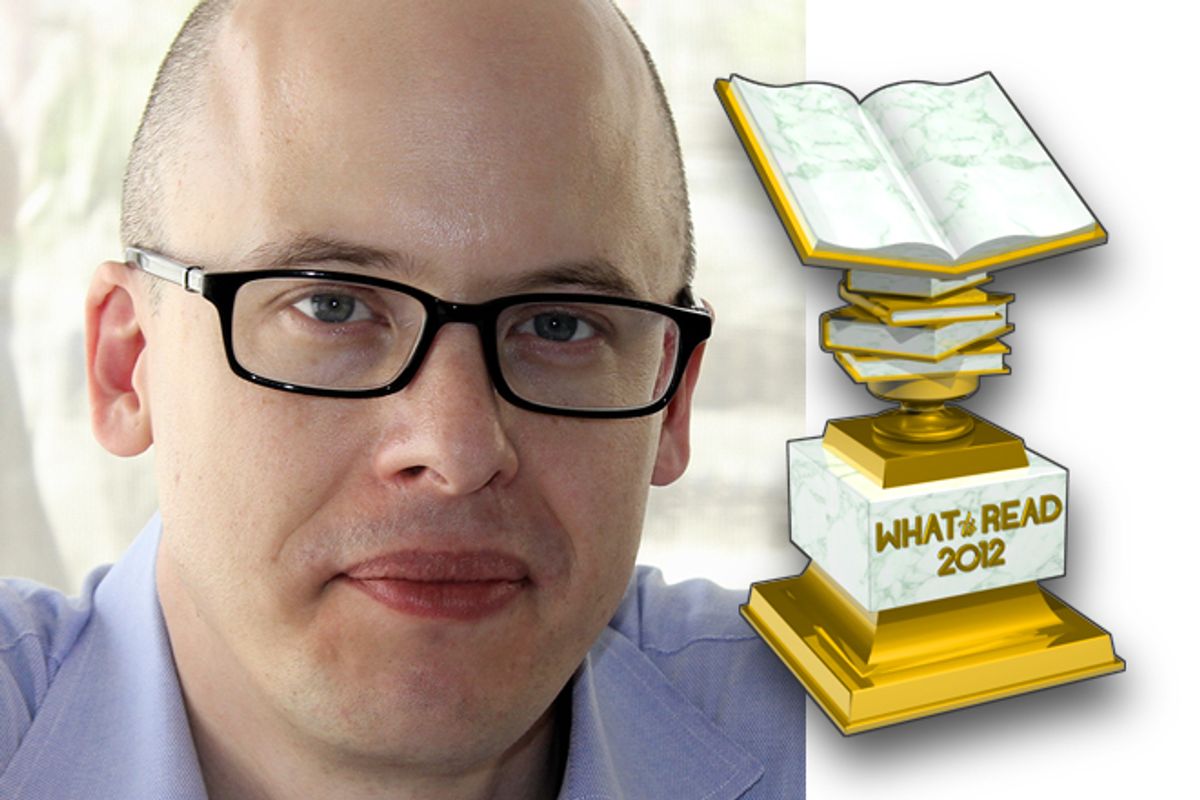 Lev Grossman is the book critic for Time magazine.

1. “The Fault in Our Stars” by John Green
2. “Bring Up the Bodies” by Hilary Mantel
3. “My Friend Dahmer” by Derf Backderf
4. “The Casual Vacancy” by J.K. Rowling
5. “Billy Lynn’s Long Halftime Walk” by Ben Fountain
6. “At Last” by Edward St. Aubyn
7. “The Girl Who Fell Beneath Fairyland and Led the Revels There” by Catherynne Valente
8. “Are You My Mother?” by Alison Bechdel
9. “Building Stories” by Chris Ware
10. “Code Name Verity” by Elizabeth Wein

1. Explain why your No. 1 book was your favorite title of the year: John Green's “The Fault in Our Stars” is accessible, engaging and charming, but both its charm and its genre category (young adult) are deceptive: This book is an emotional powerhouse about death and disappointment. It's wrenching and raw and dark and true.

3. What book sits outside your list, but has either been overlooked or deserves more attention? I can think of two: Josh Bazell’s “Wild Thing” and Michelle Hodkin’s “The Evolution of Mara Dyer.” Both fiercely smart writers hell-bent on entertaining readers and inverting genre expectations and just generally raising the stakes of the genres they write in. If they weren't writing novels they'd be hunting for missing bosons -- they're that smart.

4. Was there one book, either on your list or off your list, fiction or nonfiction, that seems to best encapsulate America in 2012? Ben Fountain's “Billy Lynn’s Long Halftime Walk.” That’s pretty much the whole point of that novel.

5. What was the single most memorable character from a 2012 book? Jeffrey Dahmer in “My Friend Dahmer."

6. What is the book from 2012, either from your list or not, fiction or nonfiction, that is most likely to join the canon, or still be discussed 20 years from now? Chris Ware's “Building Stories.”

Lev Grossman is a novelist and journalist who lives in New York.