What To Read Awards: Maureen Corrigan 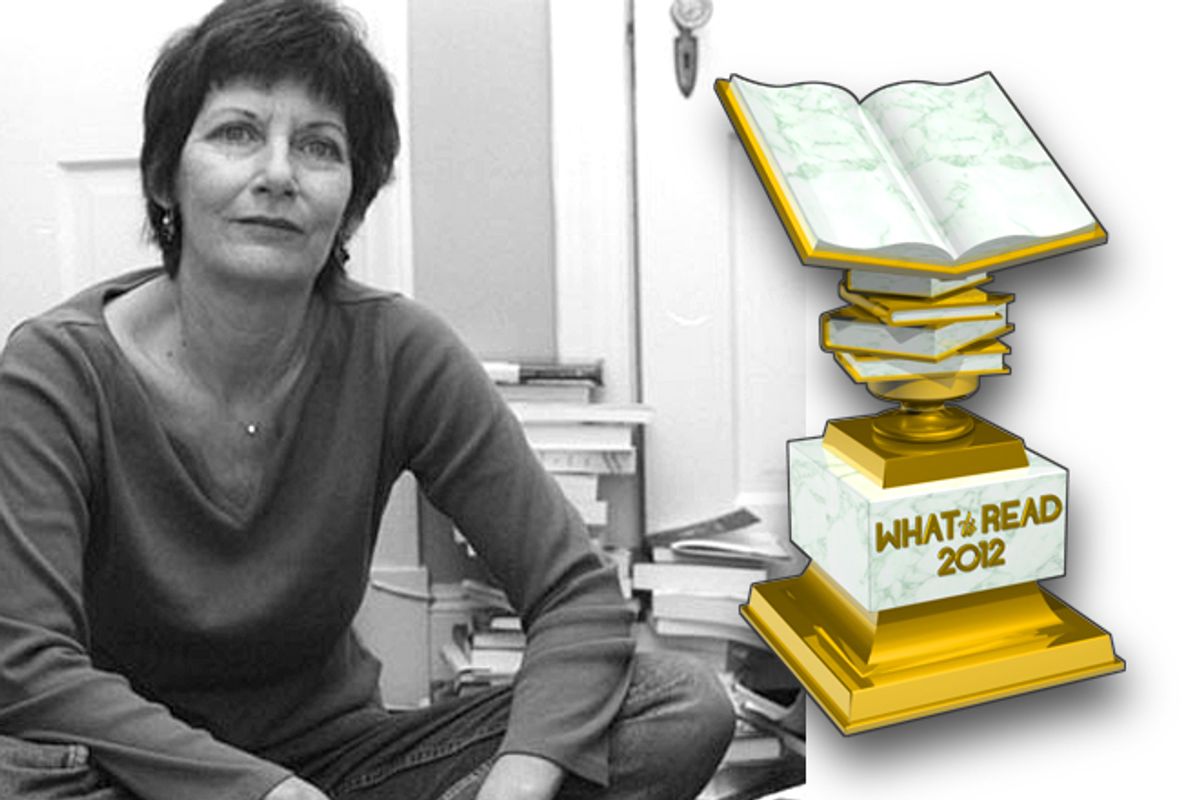 Maureen Corrigan is the book critic for NPR's "Fresh Air."

1. "Beautiful Ruins" by Jess Walter
2. "Behind the Beautiful Forevers" by Katherine Boo
3. "The Odds" by Stewart O'Nan
4. "The Brontes" by Juliet Barker
5. "Canada" by Richard Ford
6. "Marmee & Louisa" by Eve LaPlante
7. "Girlchild" by Tupelo Hassman
8. "Elsewhere" by Richard Russo
9. "This Is How You Lose Her" by Junot Diaz
10. "My Husband and My Wives" by Charles Rowan Beye

1. Explain why your No. 1 book was your favorite title of the year: My No. 1 novel of the year is "Beautiful Ruins" by Jess Walter. It leads my list because it's set on the coast of Italy in 1962 and Richard Burton makes an entirely convincing cameo appearance. What more could you want? (It also features ingenious plotting, an overlay of black comedy and a cosmic sense of the futility of human dreams.)

2. What was the strongest debut book of 2012? I think Tupelo Hassman's "Girlchild" was pretty terrific. I especially liked the conceit of her wise child female heroine forming her own solitary girl scout troop and making up her own badges. (For instance, the "proficiency badge in puberty.")

3. What book sits outside your list, but has either been overlooked or deserves more attention? I love mystery fiction so I'd put in a plug for Camilla Lackberg's (yes, yet another Swede) "The Stonecutter."

4. Was there one book, either on your list or off your list, fiction or nonfiction, that seems to best encapsulate America in 2012? I think the book that best encapsulates America in 2012 is Katherine Boo's "Behind the Beautiful Forevers." It may be about Mumbai slum dwellers, but, as Boo says in her afterword, the vision it offers of the haves and have-nots living a few paces away from each other is certainly translatable to NYC, D.C., L.A. and most of our other great American cities.

5. What was the single most memorable character from a 2012 book? Honestly, Louisa May Alcott's mother, Abigail, who is one of the subjects of Eve LaPlante's dual biography called "Marmee & Louisa," is someone I knew nothing about and whose activist life and tart, intelligent writing just blew me away.

6. What is the book from 2012, either from your list or not, fiction or nonfiction, that is most likely to join the canon, or still be discussed 20 years from now? I think, maybe, "Canada" by Richard Ford. It has a Gatsby-esque strain running through it and that always is a plus when it comes to literary posterity.

Books What To Read Awards