What To Read Awards: Roxane Gay 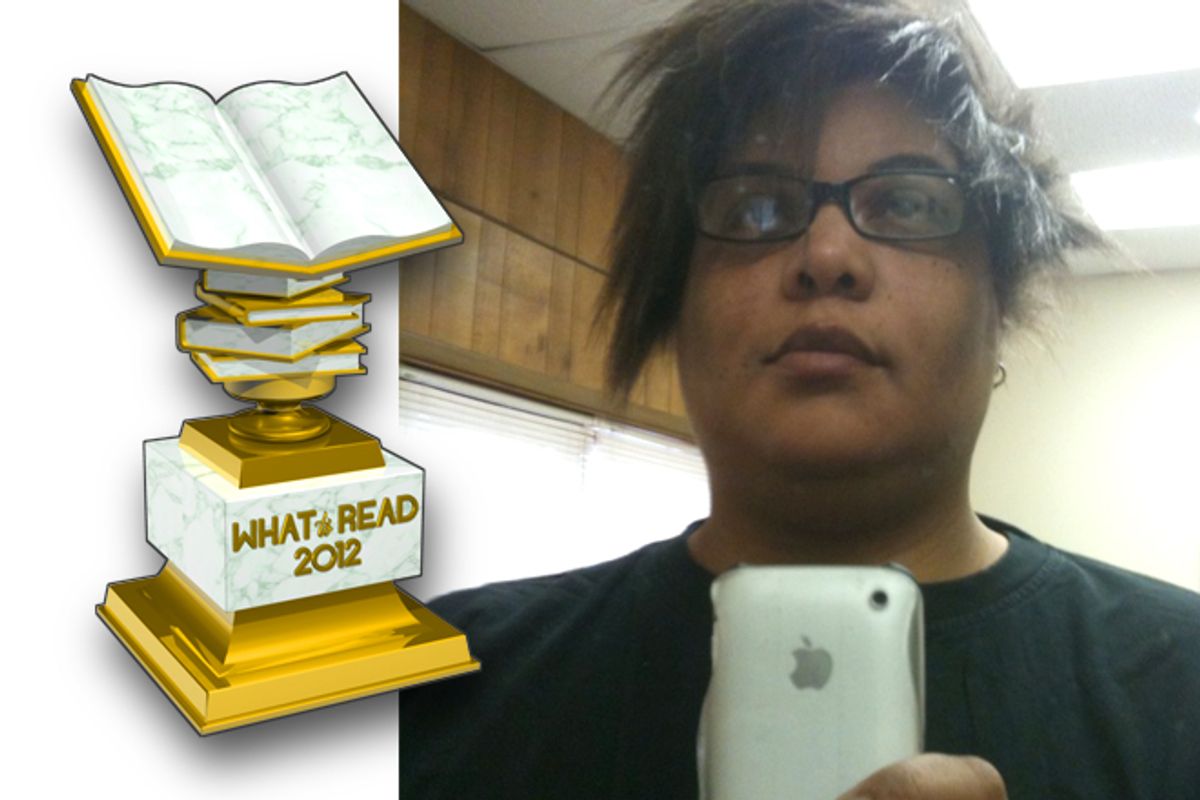 Roxane Gay's criticism has appeared in the New York Times, the Wall Street Journal and many other publications.

1. “The Twelve Tribes of Hattie” by Ayana Mathis
2. “How Should a Person Be” by Sheila Heti
3. “Battleborn” by Claire Vaye Watkins
4. “Beautiful Ruins” by Jess Walter
5. “I Am a Magical Teenage Princess” by Luke Geddes
6. “NW” by Zadie Smith
7. “The Round House” by Louise Erdrich
8. “Gone Girl” by Gillian Flynn
9. “Forgotten Country” by Catherine Chung
10. “How to Get Into the Twin Palms” by Karolina Waclawiak

1. Explain why your No. 1 book was your favorite title of the year: My No. 1 book is “The Twelve Tribes of Hattie” by Ayana Mathis because the story of this sprawling family felt honest in a way I don’t see enough of. We see the best and worst of Hattie, who spawns the novel’s tribe, and that same intimacy of revelation is shown in the portrayals of her children and husband. Mathis has a lot of empathy for her characters and really understands the historical moment in which she placed them.

2. What was the strongest debut book of 2012? “Battleborn” by Claire Vaye Watkins.

3. What book sits outside your list, but has either been overlooked or deserves more attention? “The Sovereignties of Invention” by Matthew Battles.

4. Was there one book, either on your list or off your list, fiction or nonfiction, that seems to best encapsulate America in 2012? “Fobbit” by David Abrams.

5. What was the single most memorable character from a 2012 book?

6. What is the book from 2012, either from your list or not, fiction or nonfiction, that is most likely to join the canon, or still be discussed 20 years from now? Zadie Smith’s “NW” is going to enter the canon for the sheer audacity of the book’s project.