My father, the bank robber

Dad was a criminal and a boozer, but one Christmas, he tried to offer me a better life 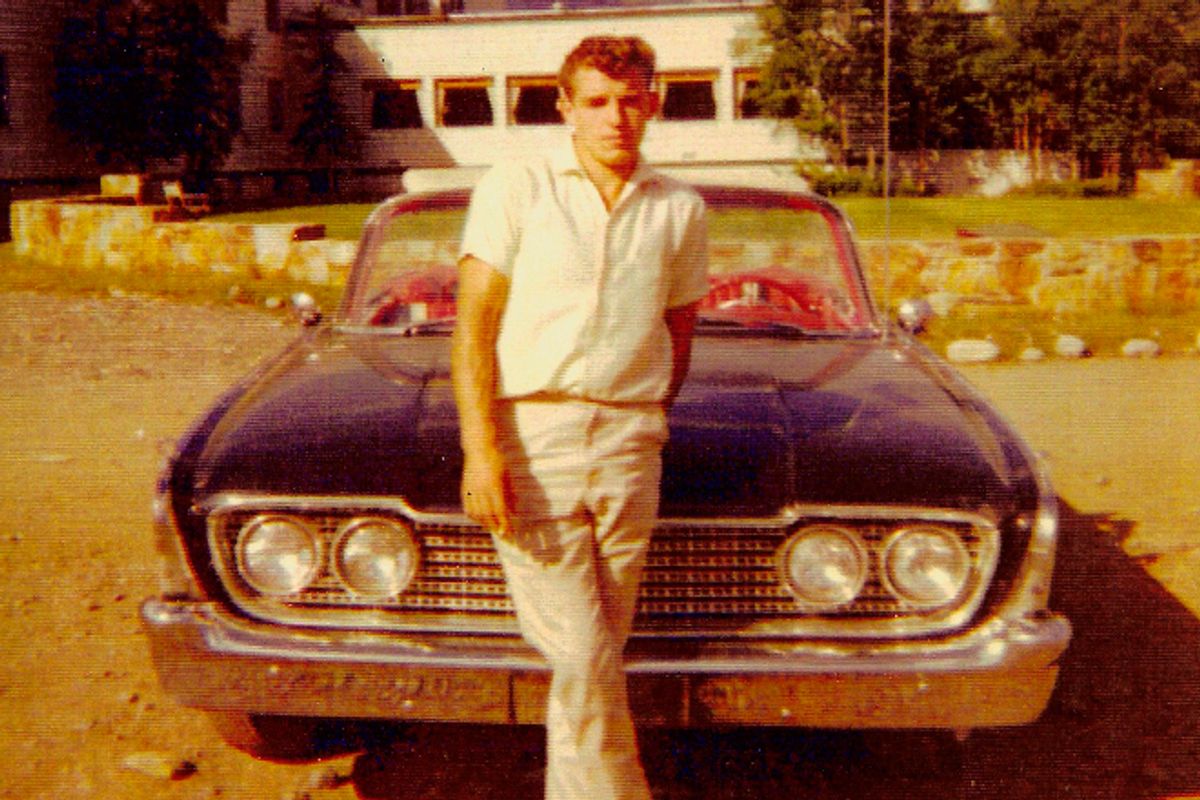 A photo of the author's father.
--

It was two days before Christmas 1992. I was 18, and my father wanted me to meet my future bride, even though I’d made plans to travel the continent.

“I got you an invitation to their Christmas eve dinner.”

“You want me to have Christmas dinner with people I don’t know?”

“Come on,” I said. I was a good student only by his standards, and he was the one obsessed with blondes.

My father and I had never managed to figure out our relationship. When I was 10, my mother ran away with me to rural Virginia, where I learned he’d been a bank robber. Obsessed with crime, I went back to him five years later, to Vancouver where he ran the seafood business he’d started after prison. He worked hard while courting ruin with reckless spending, reminding me of how, in a story he told, he pulled a near-perfect burglary but later got arrested for a bar fight. The only crime he had left was buying illegal salmon from Native Americans, which he had me do in the dead of night. When I thought I was a badass, he gave me a baseball bat and sent me to collect money, just to prove I couldn’t. I ran away to Virginia, went back to him nine months later, fled again, and finally returned to live with him after graduation.

But in the weeks before the Christmas dinner, he was different. If he drank, he talked of death. He made me promise to bury him in the mountains overlooking the ocean. He told me to lead a better life than he had. I suspected that the dinner was an attempt to keep me from traveling, but maybe he really wanted to offer me a better life.

The family’s last name was Goodman. This wasn’t a joke. After I arrived, Mr. Goodman talked to me in the basement where he played golf on an artificial green, knocking the ball into a cup that swallowed it and spit it back out.

Then we all gathered at the table: Swedish-looking Goodman, fluttery Mrs. Goodman, a heavyset family friend whose reddish highlights gleamed under the lamp, and Elana, like a 1950s actress in a yellow dress. I could feel her confusion, the entire family’s confusion.

Everything about them was good: their posture at the table, the polite comments they made about the food, about the Christmas tree, about each other. Where in the hell was my father? My shoulders hurt from sitting straight. The phone rang, and Mrs. Goodman got up.

The evening dragged on. Eating properly was exhausting. After dessert, Mrs. Goodman threw herself on the grenade: Having heard I liked books, she asked me to read her poetry. She told me they’d had a guest from the university, a poetry professor. She’d given him hers, and he’d returned it with every line but one in each poem crossed out.

“Do you think my poetry’s that bad?” she asked.

Headlights lit up the living room window, and Elana screamed. A young man in a leather trench coat came in, and she jumped into his arms. The hair above his right eye was bleached. He turned and shook my hand, then gave me a music cassette. On the front, he and three other guys posed, arms outstretched.

“We’re Christian a cappella rappers,” he told me.

Shortly afterward, I said goodbye. As I drove home, I played the cassette.

“He was the Man,” they sang in baritone.

Baritone: “Get ready to be saved!”

In the restaurant where I met my father that same night, I told him I didn’t belong with those people.

Eventually, he gave up and boisterously told crime stories. This was how his entire life seemed, as if he tried to get it right but failed, then let out his wildness, showing everyone that he was happy the way he was.

Weeks passed, and I left. I traveled the continent, went broke, got a job, started college, and two years later he filed for bankruptcy. He shot heroin alone in an empty house and took his life. I was left with a last image of him, when he dropped me off at my car. He laughed and jammed his accelerator, spraying slush and oily grit so that I had to cover my face. Having accepted that he’d lost me, he made it seem as if he was the one leaving. He raced into traffic, cars braking and swerving, and was gone from sight.

Deni Y. Béchard is the author of "Cures for Hunger," a memoir about growing up with his bank robber father, and "Vandal Love," a novel that won the 2007 Commonwealth Writers’ Prize. He has done freelance reporting from Northern Iraq as well as from Afghanistan, and his new book, "Empty Hands, Open Arms," about conservation in the Congo rainforest, is due out in 2013. His website is dybechard.com