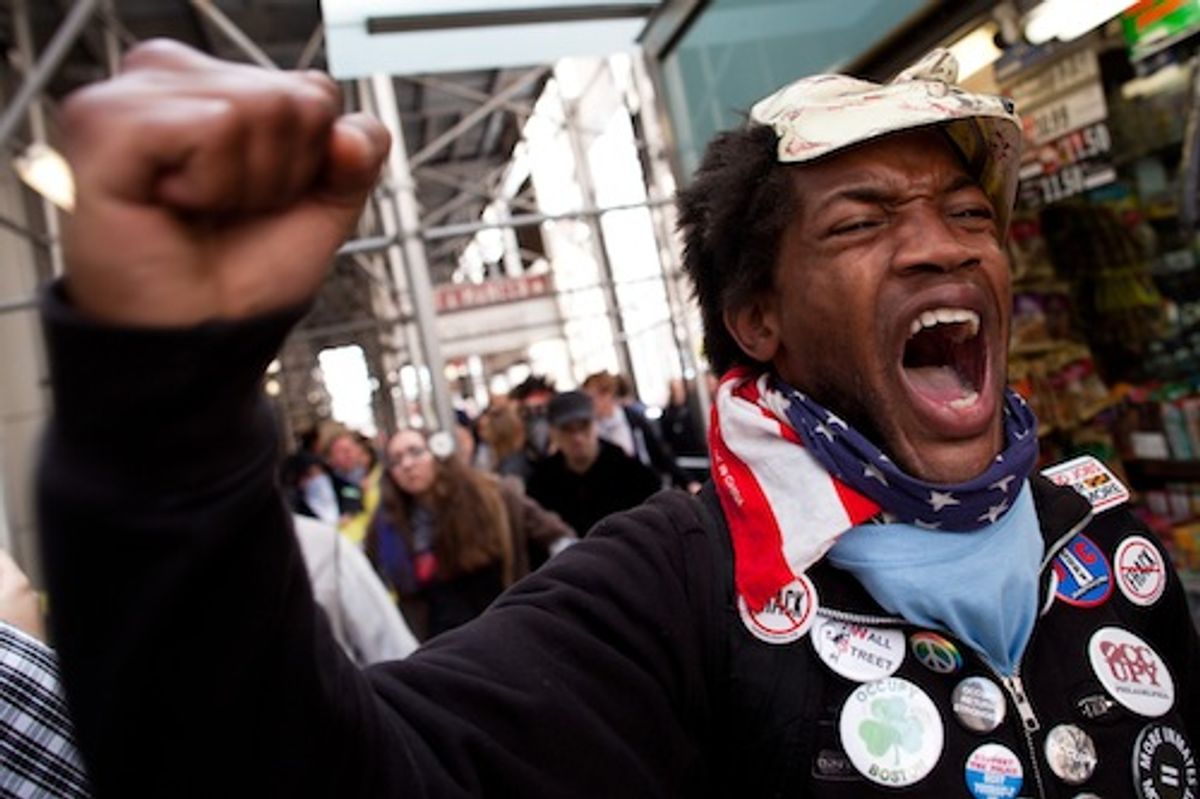 The New York Times reports that the FBI had counterterrorism agents to investigate Occupy Wall Street, and that "F.B.I. personnel around the country were routinely involved in exchanging information about the movement with businesses, local law-enforcement agencies and universities."

The Partnership for Civil Justice received the records after a Freedom of Information Act request. They show that once again the agency used counterterrorism agents to track domestic activists -- like they have in the past with environmental, anti-poverty and animal rights groups.

The Times reports that:

The memo said agents discussed “past and upcoming meetings” of the movement, and its spread. It said agents should contact Occupy Wall Street activists to ascertain whether people who attended their events had “violent tendencies.”

The memo said that because of high rates of unemployment, “the movement was spreading throughout Florida and there were several Facebook pages dedicated to specific chapters based on geographical areas.”

The F.B.I. was concerned that the movement would provide “an outlet for a lone offender exploiting the movement for reasons associated with general government dissatisfaction.”

The records provide one of the first glimpses into how deeply involved federal law-enforcement authorities were in monitoring the activities of the movement, which is sometimes described in extreme terms.

An agency spokesman told the paper that “The F.B.I. recognizes the rights of individuals and groups to engage in constitutionally protected activity. While the F.B.I. is obligated to thoroughly investigate any serious allegations involving threats of violence, we do not open investigations based solely on First Amendment activity."