A family photo goes viral, and Mark's sister, Randi, takes to Twitter to express her outrage. Oh, the irony! 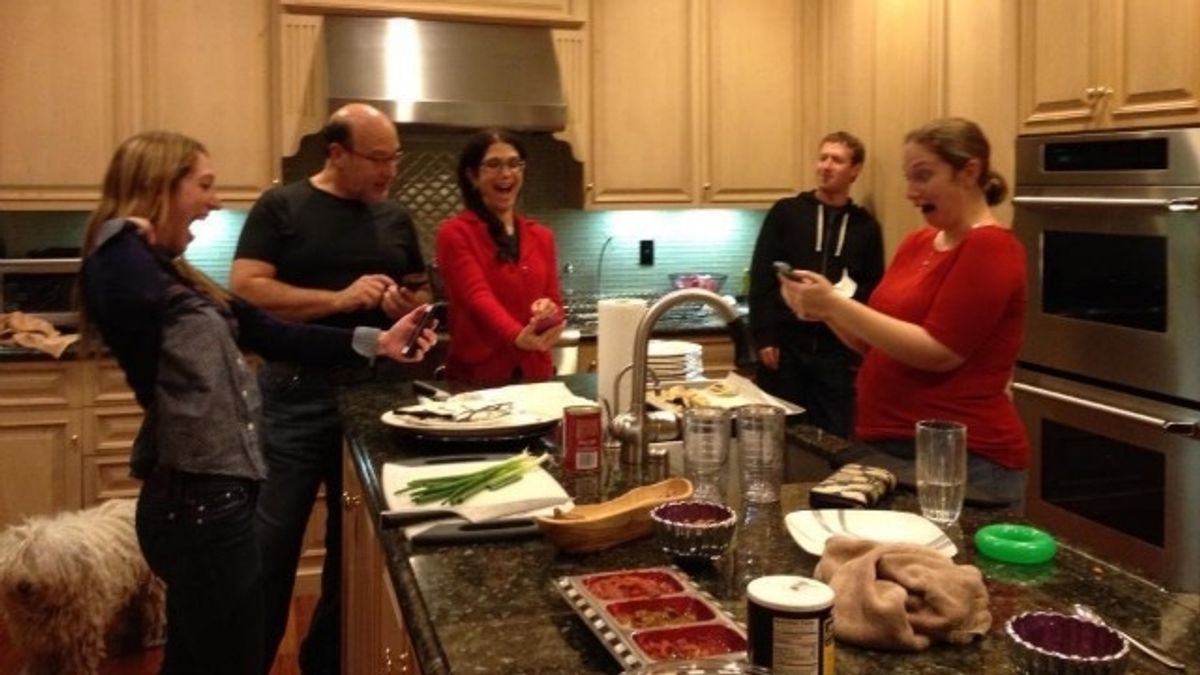 It seems that even Mark Zuckerberg's older sister, Randi, has become a victim of Facebook's totalitarian privacy settings. Forbes "30 under 30" media honoree Callie Schweitzer tweeted the above photo of the Zuckerberg family, writing "@randizuckerberg demonstrates her family's response to Poke #GAH."

Zuckerberg responded, saying, "Not sure where you got this photo. I posted it only to friends on FB. You reposting it on Twitter is way uncool."

Schweitzer immediately apologized, saying she thought it was okay to post because she saw it on her feed as a subscriber. "I'm just your subscriber and this was top of my newsfeed. Genuinely sorry but it came up in my feed and seemed public." But Zuckerberg thought it happened because Schweitzer is friends with her sister, also tagged.

Although their back-and-forth showed a gaping hole in Facebook's privacy settings, Zuckerberg's takeaway was "digital etiquette," saying: "always ask permission before posting a friend's photo publicly. It's not about privacy settings, it's about human decency."

Instead of revising the site's privacy settings, Zuckerberg was able to wield the power of her last name and ask Schweitzer to remove the picture:

Tweeting media outlets to do the same, however, might not be as effective.