The prettification of gun culture 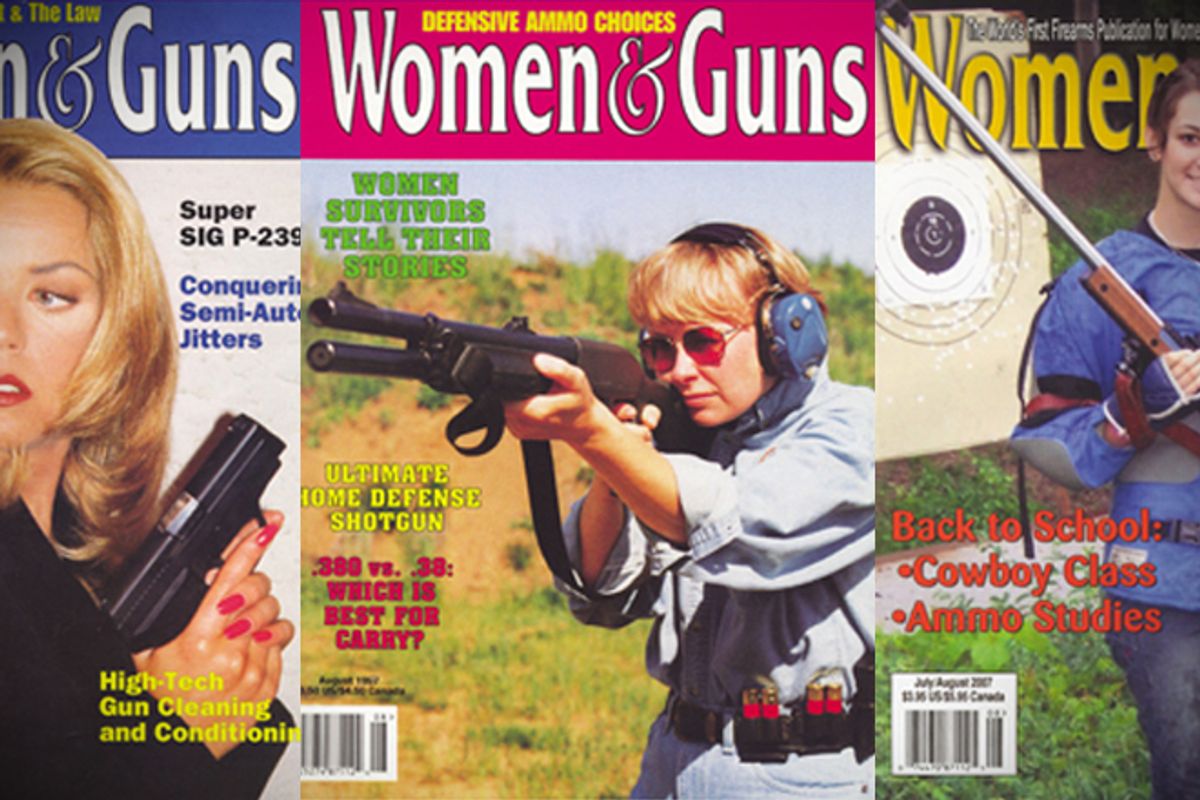 Here is something that becomes clear when you look at polling data on support for gun control laws, both after Sandy Hook and over the past several years: The same demographics that rejected Republicans in the presidential election are likeliest to support gun control, notably Latinos of both genders and women across the board.

White male Republicans in redder regions are still the base for untrammeled gun rights, even if they're not the only ones. But when it comes to women, that number had been slowly moving in the NRA's favor -- and it's all part of a plan.

Four years ago, 30 percent of women told Pew that gun rights were more important to them than controlling gun ownership. This April, that number was 39 percent -- still less than the 60 percent of men who favored gun rights, but a dramatic rise nonetheless. And these women were likelier to be white; in the same poll, 57 percent of whites picked gun rights over gun control. African Americans and Latinos overwhelmingly told pollsters they preferred gun control.

Nancy Lanza wasn't the only woman who liked to shoot. For years, gun manufacturers and their political enablers have clearly recognized that they need to broaden their base. There is a saccharine-pink infrastructure built around trying to get women to pack heat, and it's working by nearly every measure. The marketing often holds out the specter of rape as an incentive, despite the fact that the majority of rapes are perpetrated by acquaintances, and domestic violence-related deaths run along similar lines. That’s working, too: In one survey, a majority of the new female gun buyers proclaimed that they owned guns for self-defense.

That was the rationale of Regis Giles, who runs the site Girls Just Wanna Have Guns, and who gave a memorable speech at CPAC last year saying she was "sick and tired of seeing defenseless girls being abducted in broad daylight by some fruity freak who gets aroused by raping and abducting them." (Nearly two years after I first encountered these words, I’m still confused by “fruity.”) (Update: Regis Giles writes to say she actually said "perverted"; it was semi-audible in the recording.)

Giles is from a combative and visible conservative family; her sister posed as a prostitute alongside “pimp” James O’Keefe to ensnare ACORN, and her father has a shouty Christian radio show. Her commentary on last week’s tragedy -- on a site framed with images of bloodstains -- included “Quite frankly it is retarded that schools haven’t enforced their security measures after Columbine,” and suggestions for all school staff to be required to carry guns to work. Watch out, Wayne LaPierre: These ladies are coming for your job.

This destructive fantasy of a woman shooting down her rapist may sound more like feminist empowerment than Charlotte Allen blaming weak women for the children’s deaths, but it’s a distortion that puts more women and men at risk. All the pink holsters in the world can’t change that.