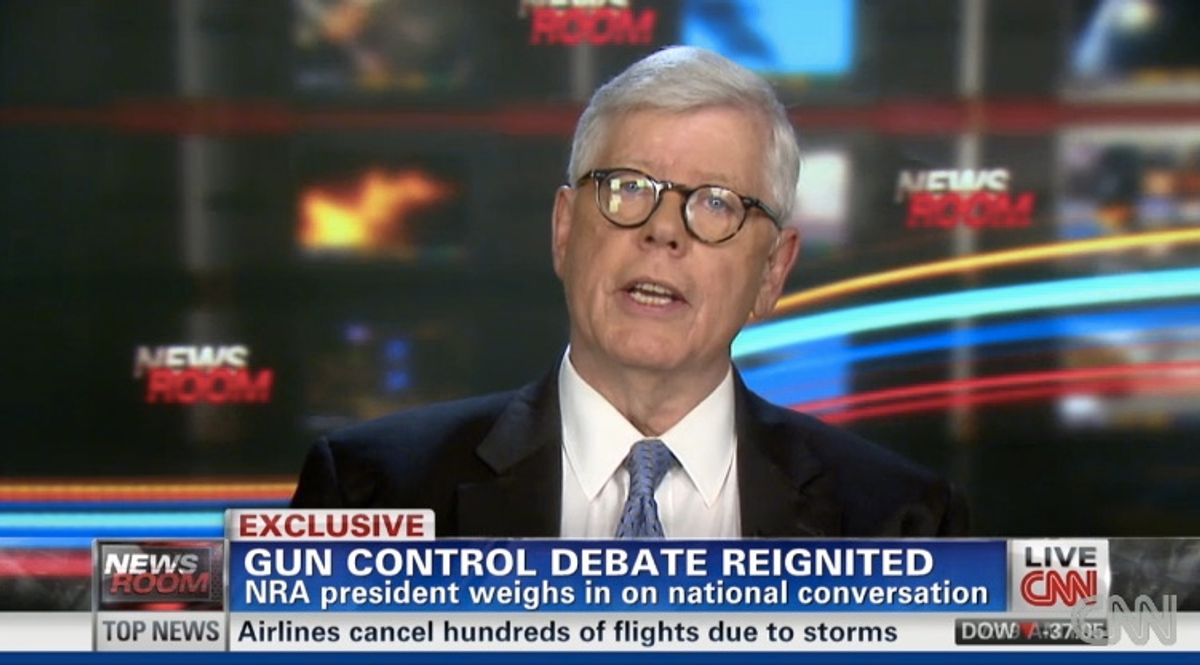 NRA president David Keene said that he does not believe David Gregory should be prosecuted for using a high-capacity magazine as a prop on "Meet the Press" on Sunday, or what Keene described as a "silly felony."

Keene, appearing on CNN, said that he thinks questions about whether or not Gregory broke the law for possessing the magazine, which is illegal in D.C., demonstrate the "craziness" of those gun laws.

"There are two lessons for him there," Keene said. "One, don't ask the government what's legal and what isn't legal because half the people you ask don't know. And secondly, that's a silly felony. It's a felony in Washington, D.C., to own that magazine or to be caught with a cartridge. So I really think what David Gregory did, while he was inadvertently flouting the law, was illustrated in a very graphic way, perhaps not intentionally, but in a graphic way just how silly some of these laws are."